'Kerala is an important market for Telugu films' 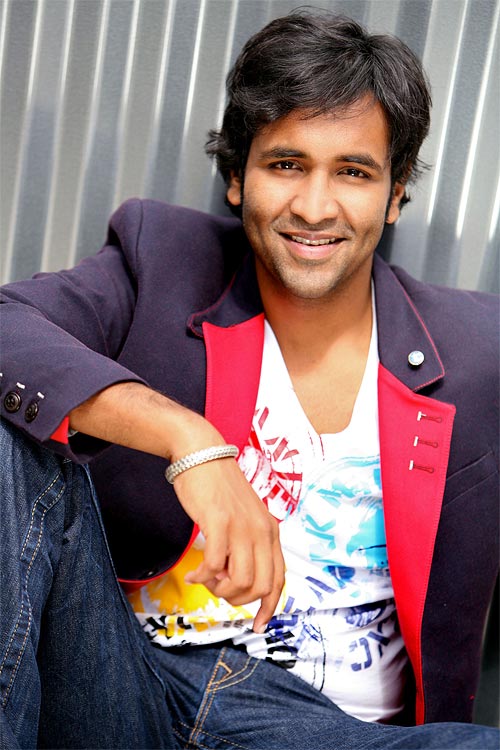 After Telugu star Allu Arjun conquered the Kerala market in a big way, Telugu filmmakers are looking at this small market seriously.

Now, it is the turn of actor Vishnu Manchu, son of Telugu super star Mohan Babu. His new film Dhenikaina Ready will be dubbed in Malayalam. The actor is famous for his role in Dhee.

Dhenikaina Ready produced by 24 Frames Factory and directed by G Nageshwara Reddy,is slated for an October release simultaneously in Telugu and Malayalam.

Acting along with Vishnu Manchu is Hansika Motwani.

In this chat with rediff.com, Vishnu Manchu talks about the Kerala market.

Is it the success of Allu Arjun's films that made you look at the Kerala market?

Not really. Some of my father's movies have been dubbed and remade in Malayalam.

I strongly believe that the time has come for actors to see a market that is without borders.

With collective efforts, this will be possible. With the increase in budgets, we have no choice but to expand our market all over.

Also, my first movie Vishnu was directed by Shaji Kailas who is a very popular director in Kerala.

'Kerala film industry is one of the best in the country' 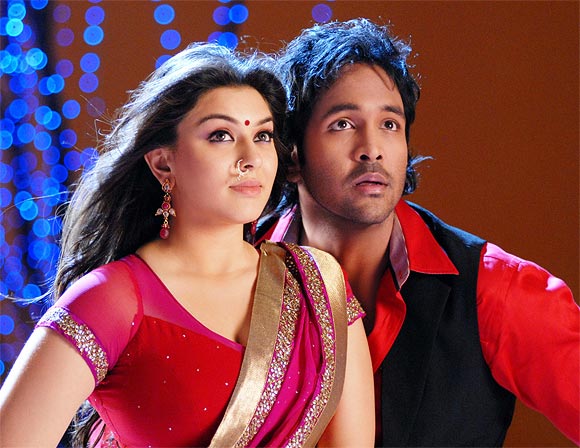 When did you realise that your films could have a huge market in Kerala?

Kerala is a potential market which has not been exploited properly.

I have been observing the market for quite some time and now I am going for it. I hope my calculations are not wrong!

How big is the Kerala market for Telugu films? Kerala is a small state and Telugu films have a much bigger market in Andhra Pradesh itself, and also in Tamil.

Yes, Kerala is a very small market for Telugu films releasing only in Telugu. That's why we are dubbing it into Malayalam.

The Kerala film industry is one of the best in the country in terms of scripts, direction and actors. Unfortunately, because the Kerala market is small, budgets too are small. So, not many movies cross the borders of Kerala.

Do you plan to do any promotional activities in Kerala?

Of course. This movie will be treated as a straight movie and we will be doing a lot of promotional activities in Kerala. I am excited. 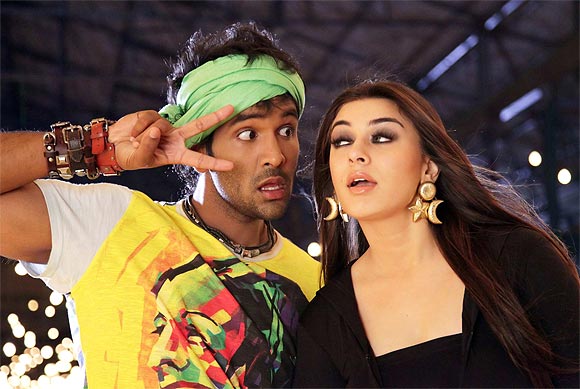 Have you seen Malayalam films? Who is your favourite Malayalam actor?

I watch a lot of Malayalam movies. Recent ones are Run Baby Run and Mr Marumagan.

I have a lot of favourite actors in Malayalam. Mr Mohan Lal and Mr Mamooty are good friends of my father.

I have the good fortune of interacting with talented people like Mr Dileep and Mr Suresh Gopi.

Will you ever consider acting in a Malayalam film?

Why do you think I am keen on releasing my movie in Malayalam? Maybe I will catch the eyes of directors there!

Will you monitor who will be dubbing for you in Malayalam?

I am trying to dub my own voice; it's in process now. We will listen to it and if it doesn't work, then I will have to consider other options.

Why do you think the film will work in Kerala?

The universal appeal of the subject and, of course, the humour!