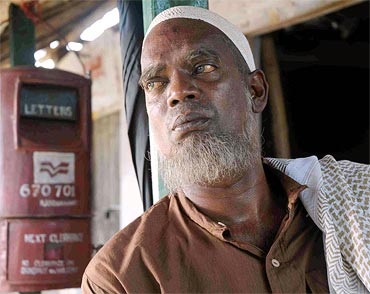 Salim Kumar may be regarded as one of the finest comedians in Malayalam cinema today but every once a while, the actor surprises his audiences with some well-appreciated serious roles Like the ones in Achanurangatha Veedu, Perumazhakkalam and Bridge in Kerala Cafe.

Recently, he's shocked everyone with a National Award and a State Award for the best actor for his role in Adaminte Makan Abu. Salim, who started off as a mimicry artiste, made his debut in movies with a small role in Ishtamaanu Nooru Vattam. He became noted as a comedian soon after. There has been no looking back ever since.

Interestingly, Salim was also featured in the music album Coffee @ M G Road, which became quite a sensation.

In an interview, the actor tells us how he manages to strike a balance between comic and serious roles.

It's a great honour to win both the National and the State award for the best actor. What is your feeling like?

I am extremely happy and it is a tremendous appreciation. Also, I hope this would inspire actors and give them confidence that their performances will be honoured, if done with conviction.

What attracted you to this character in Adaminte Makan Abu?

It was a genuine script and the character was written well. The film is about an old man and his wife, who have this great desire to go for the Hajj pilgrimage.

My character is that of a 75­-year-old Muslim and has been presented in quite a different way. I had great hopes about the film all along and it has come out very well.

'I accept a character purely based on its merits' 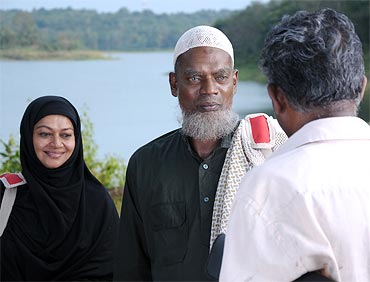 How prepared were you when you started doing the role?

I didn't do any homework before facing the camera. As an actor, you have to observe people all the time and such things have helped me in making the role more convincing.

You are generally seen in comedy roles. How is it different when you do serious roles?

I don't think there is much of a difference. It's all about acting and I approach all kinds of roles almost in the same way. I have done some serious roles earlier and there have been some brilliant comedy roles in my career as well.

What difference will the awards bring to your career?

I don't think there will be much of a difference in my selection of roles. I accept a character purely based on its merits and not on any other criteria. 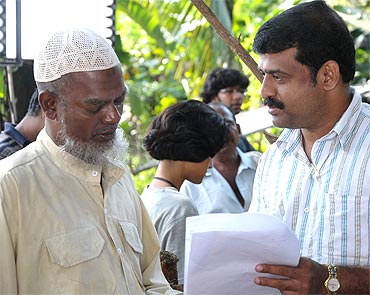 You had commented that the award was given to you since there were no Malayalis in the jury. What exactly did you mean?

We have seen many instances where Malayali actors missed out on the awards when some of the jury members were from the state. I have heard stories of how the Malayali jury members trying to play down actors from our own state, stating various reasons. I was mentioning such rumours when I made the comment.

How is the response to this tremendous achievement from your friends from the industry and outside?

It's very overwhelming. I have been giving lots and lots of interviews after the announcement and friends are coming to my home all the time. My phone has not stopped ringing right from the moment the news was flashed.