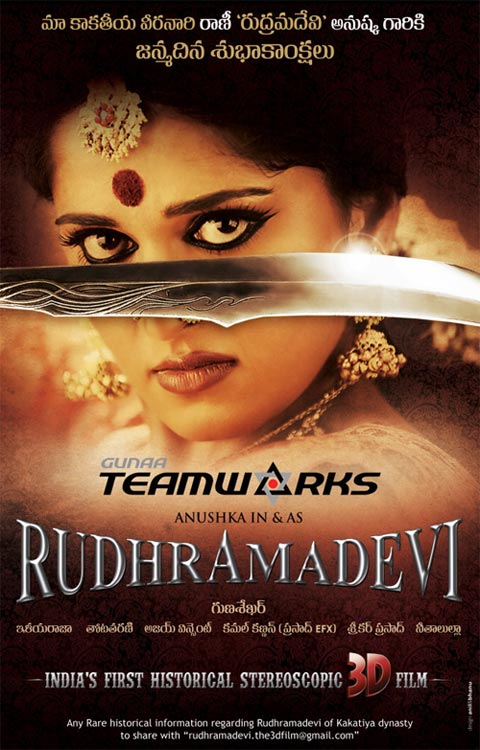 His penchant for big sets is also well known: he recreated the Charminar in Okkadu and Madurai Minakshi Temple in Arjun.

Anushka Shetty has been chosen to play the lead role. This is yet another feather in the actress's cap after the blockbuster Arundhati, a part-period film.

The pre-production work has started for Rudhrama Devi and Gunasekhar is likely to begin shooting the film early next year. 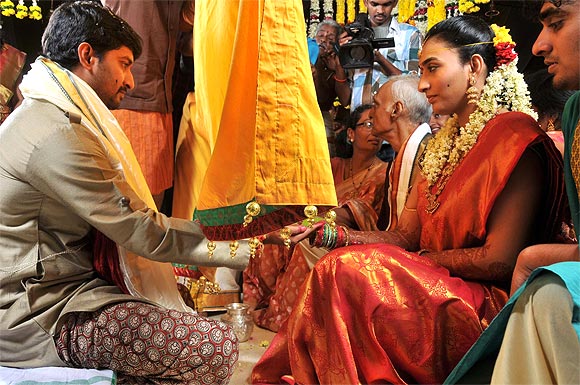 Nani, who was seen in the hugely successful Eega this year, is on a roll.

He has some good films in hand, and got married to his girlfriend Anjana in October.

He has to his credit films directed by the likes of Rajamouli, Gautham Vasudev Menon and Krishnavamsi, a filmography any actor can be proud of

He will be seen in Gautham Menon's Yeto Vellipoyindi Manasu with Samantha. It is slated for a December release.

In Krishnavamsi's Paisa, Nani is said to wear suits, shoes, and accessories embellished with Swarovski crystals for one song!

The actor also has Samuthiraknai's Janda Pai Kapiraju as the third film on his list so far. 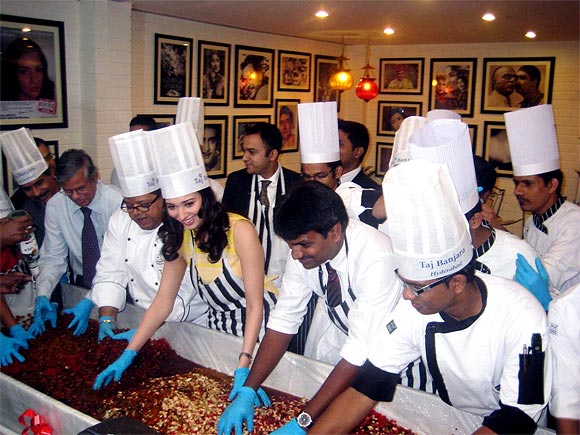 Tamannaah Bhatia has shown off her acting and dancing skills in various films and was appreciated for her role in Cameraman Ganga Tho Rambabu..

A few days ago, she displayed yet another talent: She was busy lending a helping hand in the cake mixing at Hotel Taj Banjara, Hyderabad.

The cake-mixing is an annual event that takes place a month and a half before Christmas to make sure all the ingredients for the cake are mixed and soaked well before it is baked in time for Christmas.

Celebrities are often invited to give the cake mix a twirl and Tamannah added the requisite star power to the event.