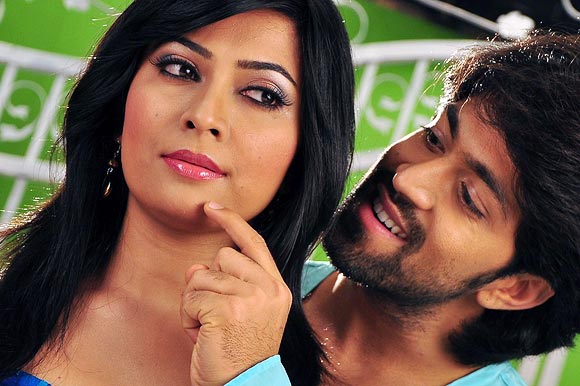 Image: A scene from Drama
Srikanth Srinivasa in Bangalore

Director Yogaraj Bhat's latest Kannada film titled Drama is getting ready for a release shortly. The makers of the movie are already buoyed by the success of its audio sales.

As the title suggests, the film shows life as a never-ending drama with the characters constantly politicking or battling in their day-to-day lives. 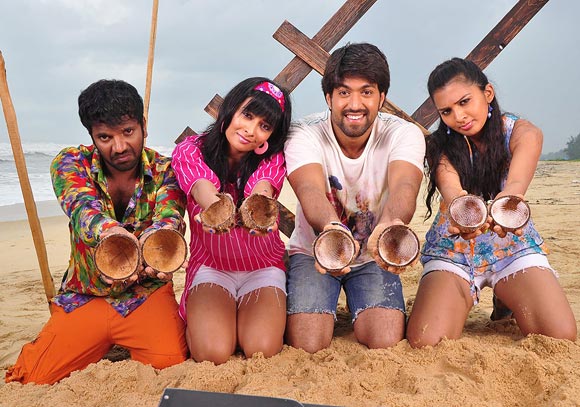 Yogaraj Bhat, whose Kannada film Mungaru Male was an unprecedented success, says "the film is about two naughty and fun-loving boys who stage different types of dramas to cover up some mistakes they have made. As they enact different dramas, the boys begin to understand life better." 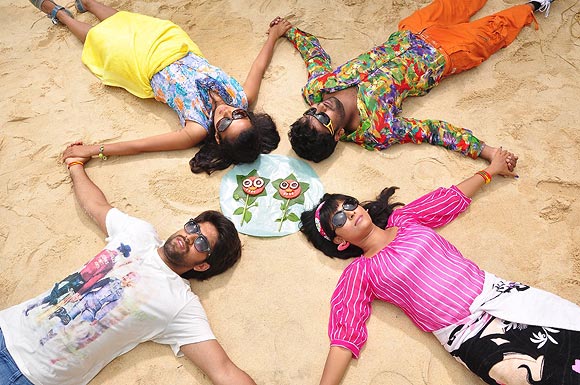 Director Bhat has used the popular Mandya dialect in the movie. Incidentally, the friends played by Yash and Neenasam Satish, hail from that district.

Says Bhat, "The guys go about their tasks casually and aimlessly. As life teaches them lessons, the guys do some good things without their knowledge. But, as happens with youngsters, they are unhappy that things don't happen the way they want. This is told in a fun way."

Yogaraj Bhat says it is difficult to define the character played by Yash. Satish plays a corrupt youth who is fond of girls and is considered a rogue in his village. The film shows how his wayward attitude towards life and girls teaches him a lesson. 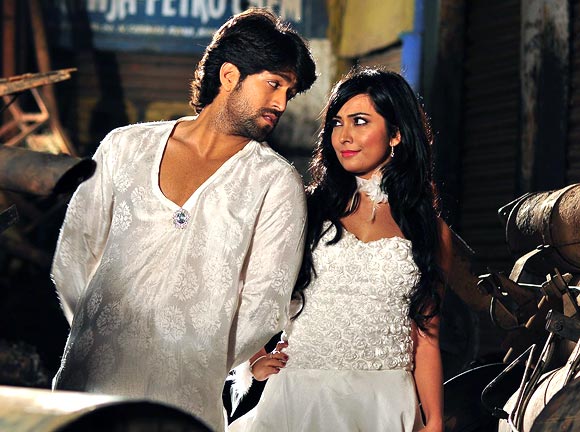 Two girls vie for the attention of the guys, played by Radhika Pandit and Sindhu Lokanath.

"For the first time, I play the role of a flirtatious girl who gets things done her way. She is a naughty girl but has no bad intentions or axes to grind," says Radhika Pandit.

Director Bhat defines Radhika Pandit's character as someone who is bold and at the same time faces a lot of uncertainties since her childhood.

"She has her cupful of woes and is a flirt to the core," says Bhat. 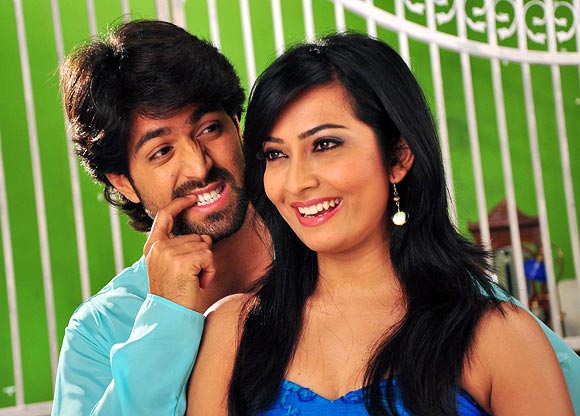 Rebel star Ambareesh plays a cameo role in the film. He is an astrologer who predicts the future with the help of dolls.

Says Bhat, "Ambareesh plays the sutradhara (narrator). The story begins with him and ends with him. He is kind of an anchor who knows the future and how the story unfolds."

Suchendra Prasad is a college principal and considered the ideal of what a respected elder should be. But he is also a secret alcoholic whose problems get solved along the way.

Sampath Kumar and Lohitaswa play the village elders and are the bad elements in the film, initially at least. They are responsible for the kids becoming such brats. 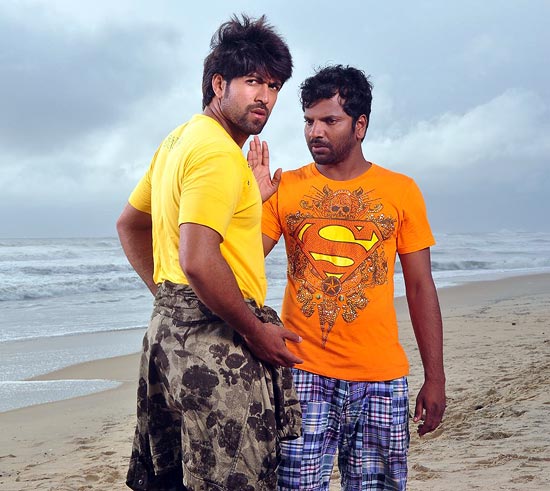 Drama is an emotional, comic and thrilling film with some elements of suspense thrown in, according to its director. The film is mainly targeted at the youth.

S. Krishna of Mungaru Male fame is the cinematographer. Suri and Sanath will edit the movie.

V. Harikrishna has scored the music. The film is produced by Jayanna.