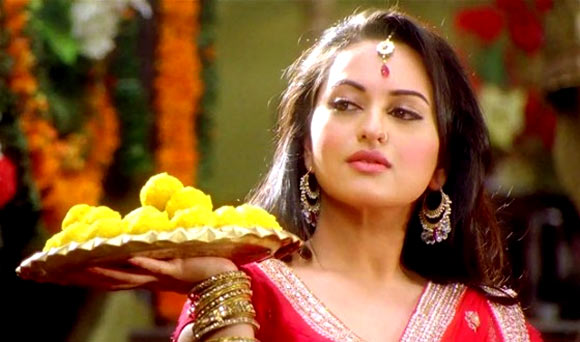 Here's what your favourite Bollywood celebrities are tweeting

After Priyanka Chopra, Kareena Kapoor, Katrina Kaif and Asin, it's Sonakshi Sinha. The actress, who debuted with Dabangg, is enjoying the success of her second film Rowdy Rathore.

The film has reportedly garnered Rs. 101.5 crore. After Agneepath and Housefull 2, its the third film of 2012 to join the Rs. 100 crore club this year, making Sinha one of the most bankable stars in the industry.

But that's not it. Sonakshi, who is presently shooting for Dabangg 2, seems to have another century on her hands.

An ecstatic Sonakshi tweeted her thanks: 'It's a century and counting!!! THANK YOU to everyone who's spent their hard earned money on that ticket that's gone into making Rowdy Rathore the massive hit it's become! I'm sure our hero Prabhudeva and Superhero @akshaykumar feel the same :) Ilaka teraaa... Dhamaka humara :D'

Moreover, the buzz is that the makers of the film are now planning a prequel to the film. And if it's true we wonder if Sonakshi would score another century. 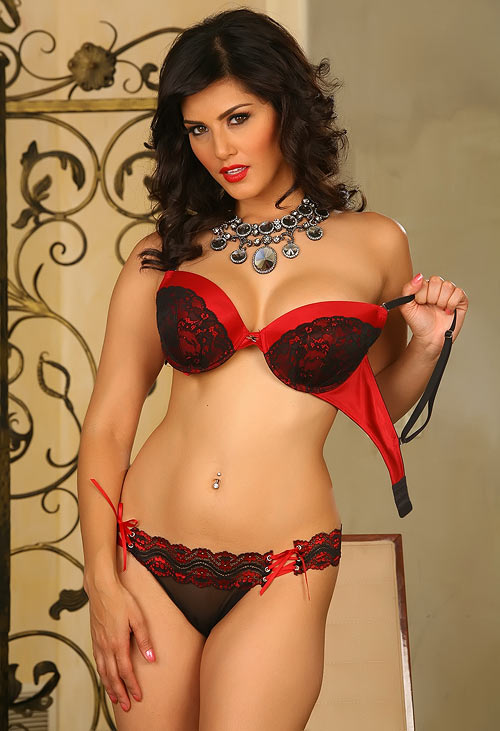 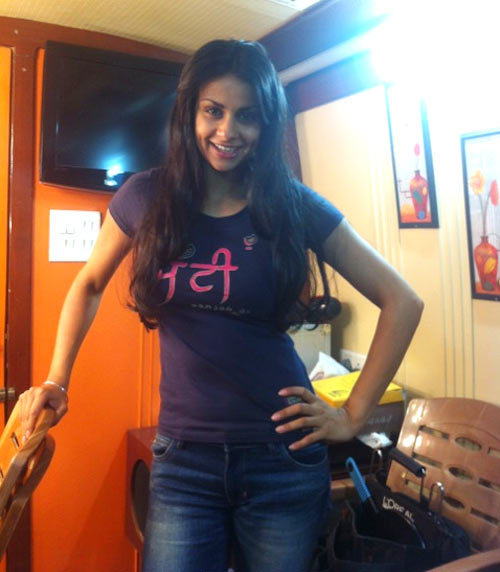 Gul Panag, who recently finished shooting for her first Punjabi film titled Sasra, will be seen in long hair. 'This was taken today. Last day of #sarsa - fooling around on the set in "long hair avatar",' Panag tweeted with the picture (above).

Director Anubhav Sinha has also started the shooting for his next Warning in Fiji. 'Finally WARNING shoot started today. Awesome team. Feels so different on set in a Producer's role. Loving every bit of it,' he wrote.

Soha Ali Khan, on the other hand, finished the shooting schedule for Saheb, Biwi, Aur Gangster Returns. 'Finished my last shot for SBGR for Gujarat schedule and the heavens have opened - its pouring!! I think its a good sign!' she updated.

Actress Prachi Desai, who is making a special appearance in the Priyanka Chopra-Shahid Kapoor starrer Teri Meri Kahaani, shared the latest promo of the film. 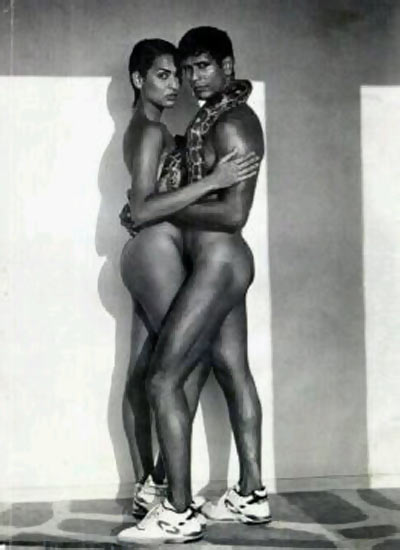 Image: Madhu Sapre and Milind Soman in the Tuff ad

Model-turned-actor Milind Soman, who posed nude with his then girlfriend Madhu Sapre for Tuff Shoes in 1995, celebrated 17th anniversary of the campaign and shared a picture of it.

Shahid Kapoor, who visited Australia for the first time, went to Melbourne Cricket Ground Museum. 'My bradman moment at the mcg museum,' he tweeted with the picture.

Jiah Khan shared a picture of her in new hair color. 'New hair color! Do we like? Darkest I've eva been!!! Not ginger anymore!! Hmmm,' she tweeted with the picture.