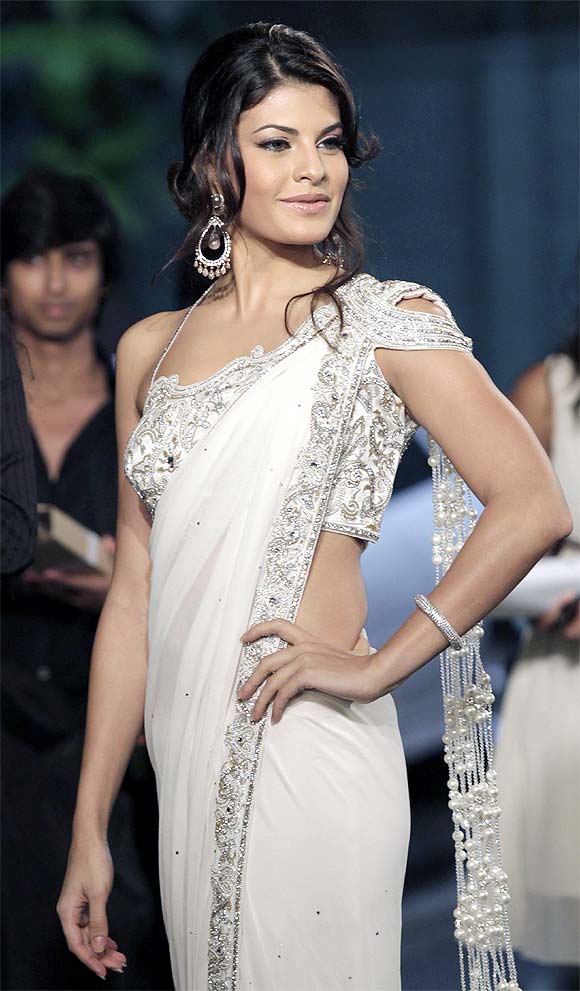 The actress may have had little opportunity to showcase her acting abilities but she sure is a headturner! And here's proof: She was every bit the quintessential Bollywood heroine in a white jewelled sari as she attended the 2010 IIFA awards in Colombo (above).

Here's looking at the former beauty queen and how her sartorial tastes accentuate her beauty. 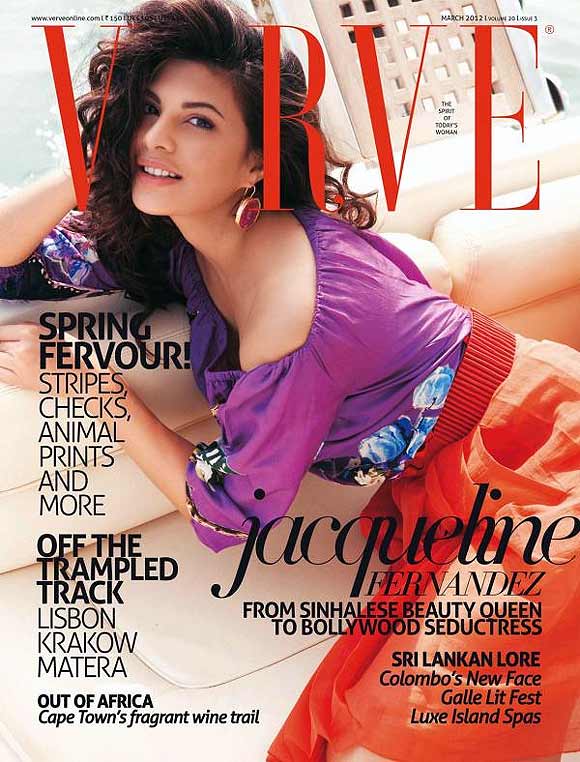 Image: Jacqueline Fernandez on the cover of Verve magazine

The actress strikes a sultry pose for the cover of Verve magazine's March, 2012 edition in a ruffled Hemant and Nandita top and a bright orange skirt.

The hottie is quite the seductress. 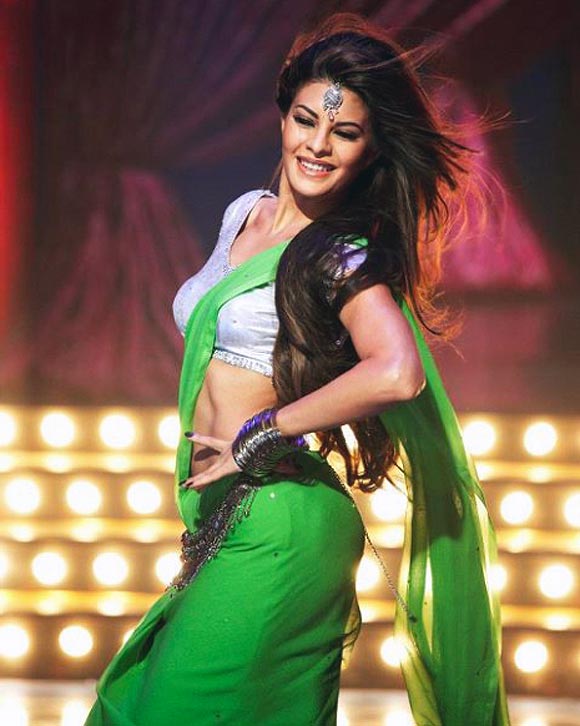 Jacqueline shows off her desi moves in a bright green sari and a sequinned blouse in Housefull 2.

Despite an ensemble cast where 12 actors were vying for prominent screen time, Jacqueline stood out with her statuesqe frame and charm.

The actress was at her radiant best as she arttended the premiere of the film in Singapore in April.

The peplum detail and the lacy bustier made the outfit glamorous. 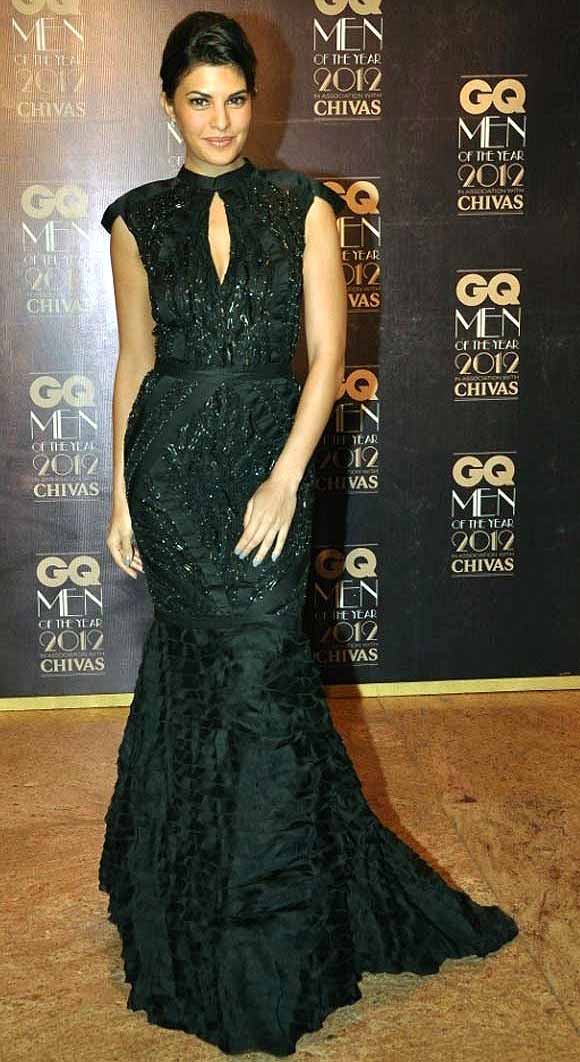 Jacqueline picked a Amit GT black number with a fishtail for this year's GQ awards.

An updo and soft makeup complemented the red carpet look. 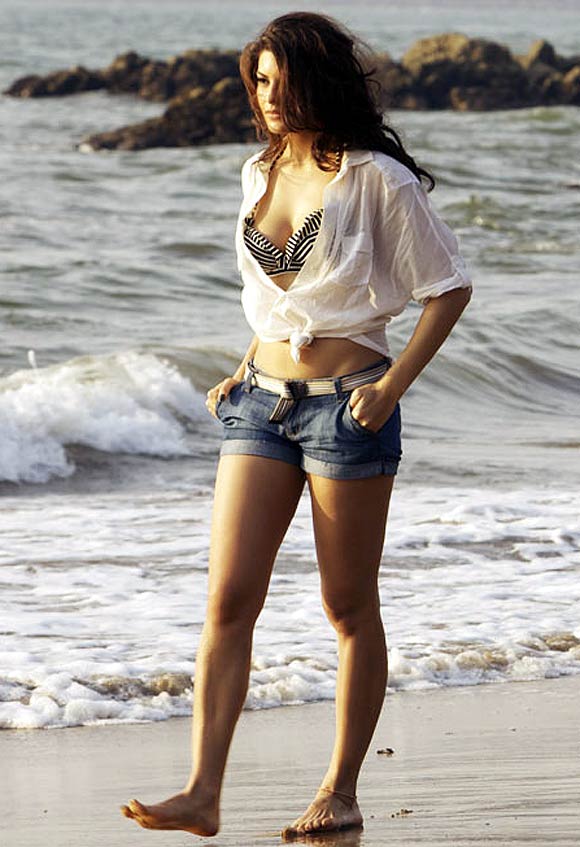 In Mohit Suri's Murder 2, the hottie shoes off her tone body in a nautical bikini top, cropped denim shorts and a white shirt loosely tied around her waist as she takes a stroll on the beach. 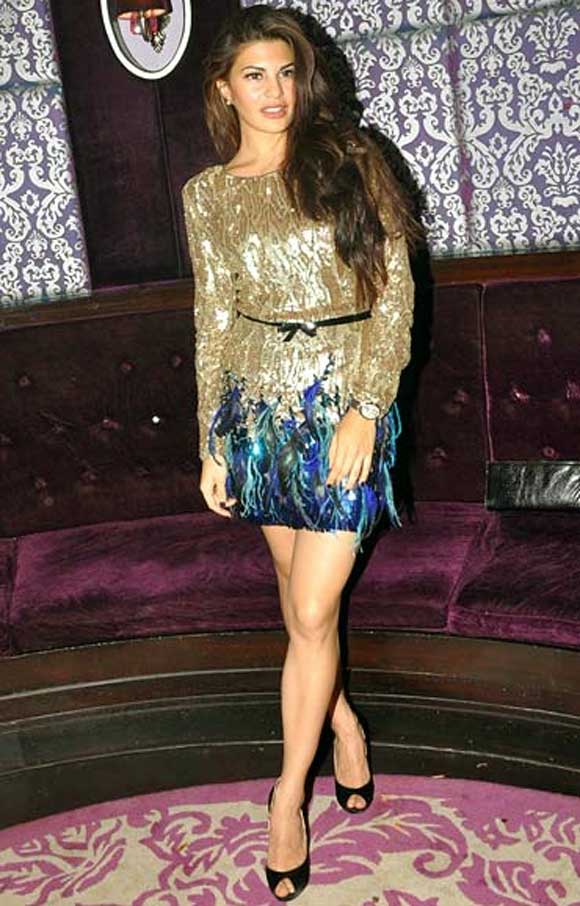 The gold and feathers dress looked great on her. 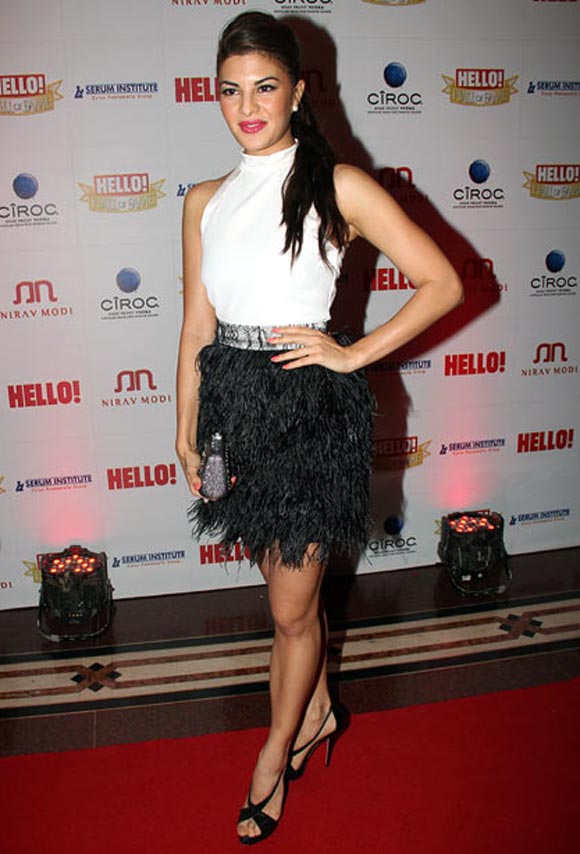 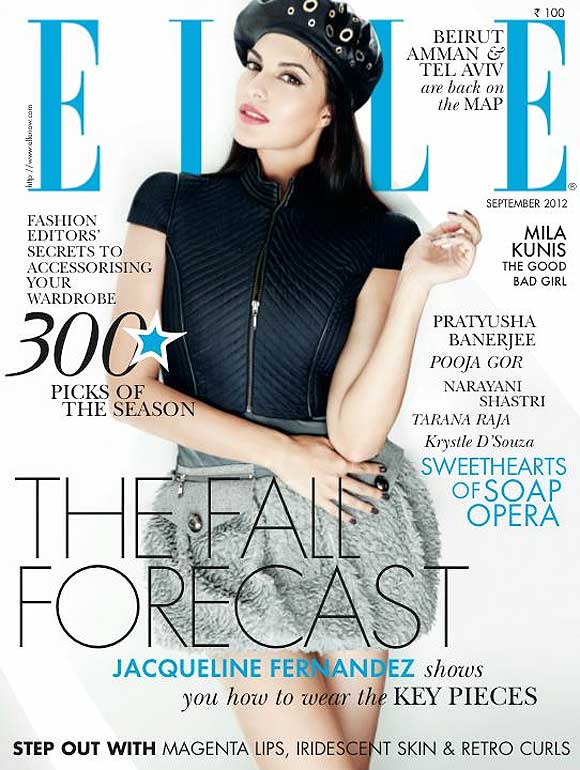 The actress makes a splash on the cover of Elle magazine. 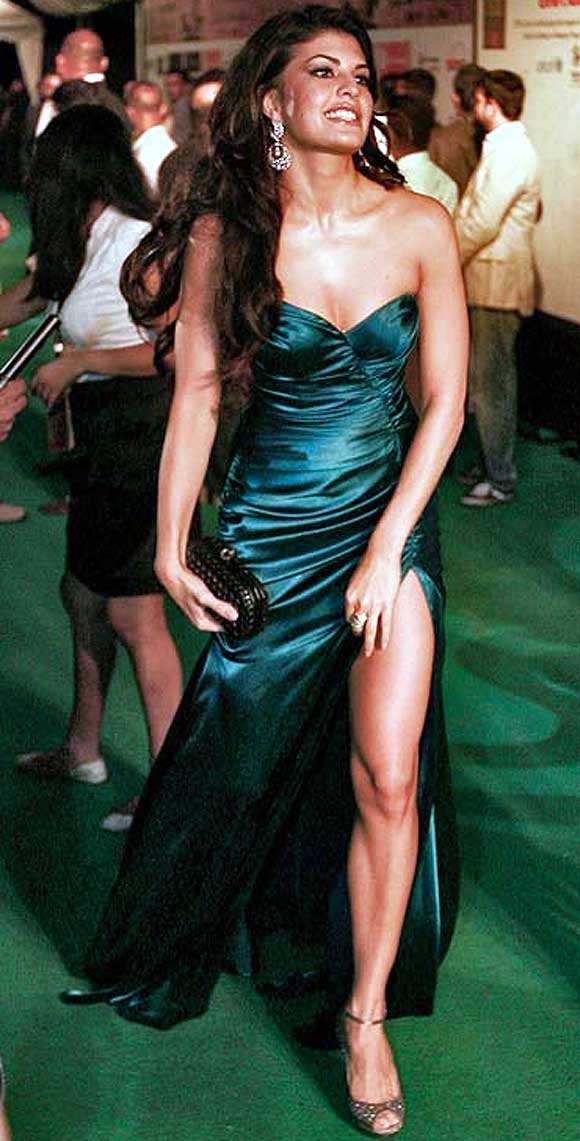