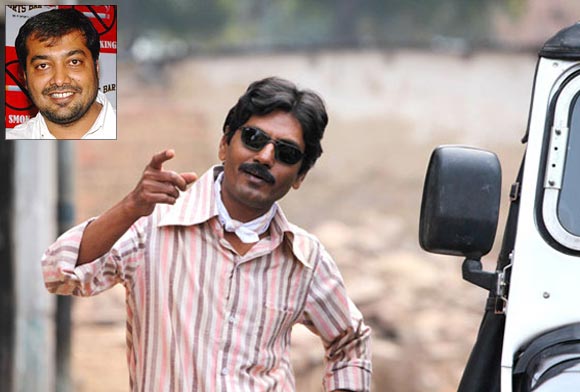 Image: A scene from Gangs Of Waseypur II
Sonil Dedhia in Mumbai

Gangs Of Wasseypur has become the biggest hit of Anurag Kashyap's career even as the director gears up for the release of the second part of the film this week.

In an industry obsessed with 'commercial' cinema, Kashyap has charted his own path and defied the notion that unique ideas and box office success do not mix well. The maverick himself states that he makes films that he believes in and is not looking to join any Rs 100-crores club.

In an interview with Sonil Dedhia, Kashyap speaks about the recent success of his films and also explains why he doesn't want to make commercial films.

Gangs Of Wasseypur 2 is releasing just a week before Ek Tha Tiger. Will that affect your film's box office collections?

I just make films. I am not an expert on marketing nor do I understand distribution. The studio (Viacom 18) trusts me and they have hired people to take a decision on the release date. I am sure they have figured out all the pros and cons.

Ek Tha Tiger is the most anticipated film of the year but I know my film is going to be good and will survive.

Your decision to cast Nawazuddin Siddiqui as the protagonist in the second part has been questioned.

The problem is that the trade people are very conventional in their approach. They are already saying Nawazuddin Siddiqui will not become a star.

I want to make films and Nawaz wants to act.

These people think that a person should be a king or a pauper. They don't understand anything in between. 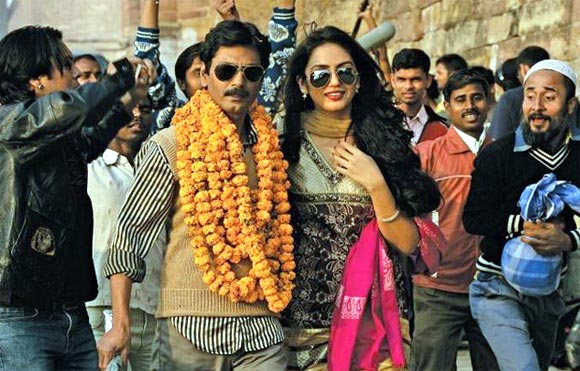 Your recent films like Shaitaan, That Girl In Yellow Boots and Gangs Of Wasseypur have all done well. Do you now feel vindicated as a filmmaker?

There is definitely an audience that has emerged. People who did not like my films still don't like them.

As a filmmaker, I have not changed. It's a new generation that has grown up who appreciate my films.

What about the industry? Many who were against your style of filmmaking, have now started appreciating you.

It depends on what you think defines the industry. If you are talking of directors, they have always supported me. Some 80 to 90 per cent of actors have always been supportive too. 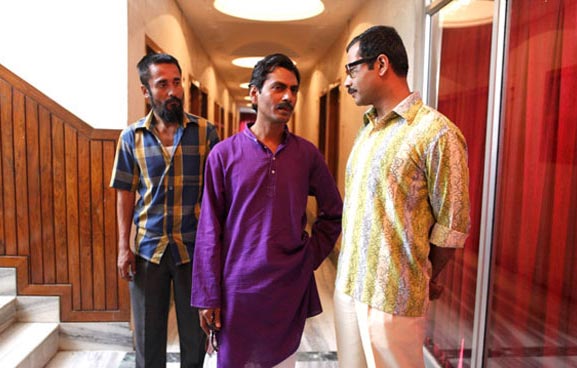 I would like to mention one of your songs, Keh Ke Loonga from GOW.  Can I safely say that Anurag Kashyap ne Keh Ke Le Liya?

(Laughs) No, there is nothing like that. Lena toh ata hai Rohit Shetty ko (winks) (Rohit Shetty is the one who knows how to do it).

I am very happy that people like and appreciate my film. For the first time I've got a profitable film to my credit.

Why would you say Rohit Shetty knows how to do it?

There are certain filmmakers who can feel the pulse of the audience and Rohit Shetty is one of them. His films have always enjoyed a successful run at the box office.

All your films have always been critically acclaimed but GOW has received a mixed response from the critics.

Critics have just seen half the film. When they see the second part I am sure their opinion will change.

There are a couple of critics who said the film shows Dhanbad and Wasseypur in bad light, or that the film is full of abuses. I have just ignored these reviews. These reviews are very moralistic as these critics have conditioned themselves watching a certain kind of cinema. 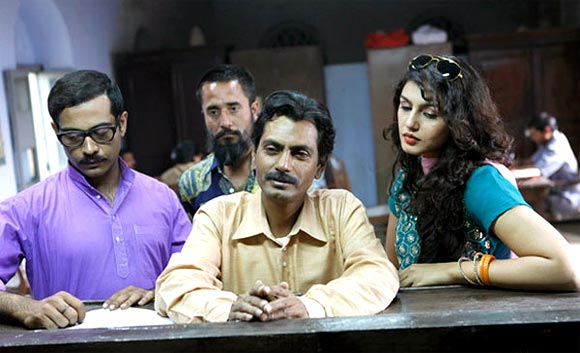 But I am sure criticism matters to you.

As I told you, I am not bothered about these critics. I have made a film that the audience likes. My film has been rated 8.6 on IMDb (Internet Movie Database).

There is also a huge debate about the cost of the film. Would you clarify that?

The total cost of the film, including the marketing, is between Rs 28 to 30 crore. Putting together the two films, the satellite rights and the music rights, DVD and home video rights earned the film around Rs 10 crore.

This means that the movie has to earn around Rs 19 crore.

The first instalment has already made more than Rs 28 crore out of which the producer's share is around Rs 13 crore. I have to recover Rs 6 crore from the second part of the film.

I am not even taking the overseas rights into consideration, which is a very high figure. We know where we stand. I know how to make a film at the right cost.

Now that more is expected from you, does the fear of failure bother you?

If I made films according to the audience's expectations, I wouldn't have made any of my films. I would rather have an audience that loves to see my films the way I make them.

Almost every Friday we see a film that is made to the demands of the audience. I don't want to be in that zone.

The problem is people have misinterpreted me. When I say Gangs Of Wasseypur is my most commercial film, I am talking of only my films. I am not comparing my films to 3 Idiots and Dabangg.

I don't think my film will make Rs 100 crore, and why should it make that?

'There are no protests happening in Wasseypur' 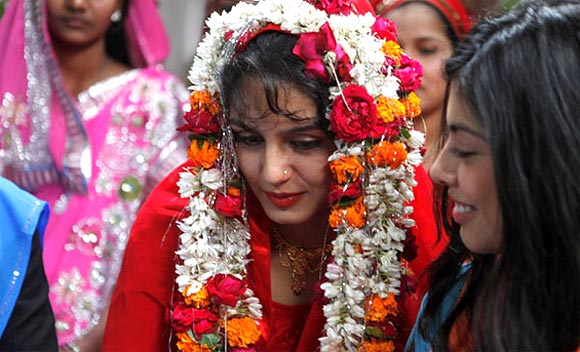 Those who have appreciated your work are wondering if you will now make mainstream commercial films.

In that sense I can say all Indian films are bad films. How much money do our films make? 3 Idiots made $50 million. Bodyguard and Dabangg made $30 million. (English) films like Spiderman and The Avengers earned $30 million in one show. Does this mean our films are bad? It's an illogical comparison.

There were reports that people in Dhanbad and Wasseypur were not happy with the film.

There is no issue in Dhanbad. The film starts from pre-independence era and ends in 2004. Journalists are seeing my film in Dhanbad in the year 2012 and are criticising it. They are all idiots. Obviously what they are going to see today around them in Dhanbad is not what I have shown in the film.

Wasseypur still has underworld elements but the gang wars have died down. There are no protests happening in Wasseypur. The writer of the film belongs to the same place. No one has thrown a stone at his house.

People are just spreading rumours and enjoying it. Let them be happy. Our film is well researched and is based on things that happened in that area. If someone needs any proof I can show it to them. 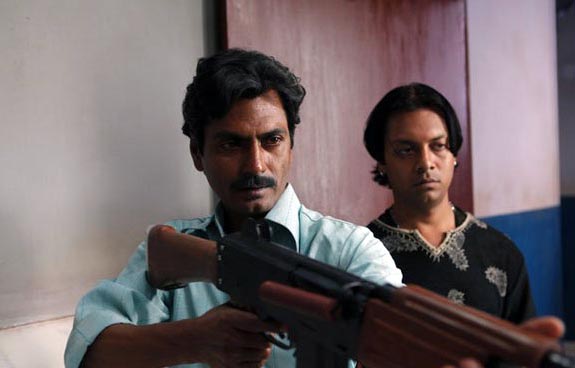 Also a lot of Qureshis were offended by the way they have been shown in the film.

In Imtiaz Ali's Jab We Met there was a character called Kashyap who was always running behind a girl. If I take it personally, I should have been offended by it.

In my film I have not shown all the Qureshis as criminals, I have shown them as butchers. My actress (Huma) is also a Qureshi. I have five people staying in my building who have the same surname. If some people are affected by this, then they are staying in a different zone. It is exactly the reason why heroes don't have a surname in the film. They are just called Vicky or Sunny or Rocky.

Lastly, what is happening with Bombay Velvet?

I am still working on the cast of the film. Ranbir Kapoor and Kay Kay Menon are surely doing the films. It should go on the floors by April 2013.