It's not all roses being in the limelight. Showbiz comes with its share of hazards as well. Like fake pictures of stars in various stages of undress floating in the internet.

The latest actress to fall prey to this was Vidya Balan, when a picture of her in a bikini started circulating on the net.

The morphed picture put her on the cover of men's magazine Maxim, even though she has never featured in the magazine ever.

The magazine clarified that the picture was not genuine.

We look at other actresses who have had to deal with fake pictures through the years. 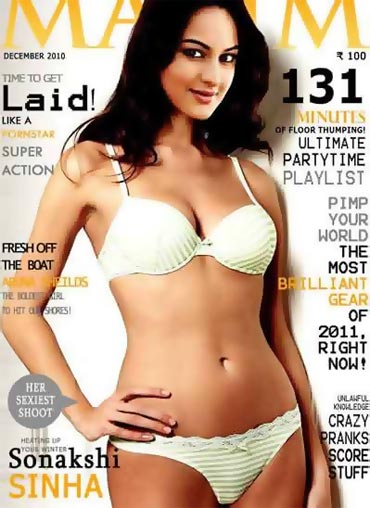 Sonakshi was very upset when she came across a fake picture of her in a bikini as though it was on the cover of Maxim, and voiced her anger on Twitter.

'Quite shocked to see India Today carrying an article on me appearing on Maxim in a bikini!! Yeah right,' Sonakshi tweeted.

'Would've been smart if they checked out the magazine before writing whatever they felt like. It's not about me anymore but about their credibility,' she added.

The actress obviously had not anticipated such a thing so early in her career. 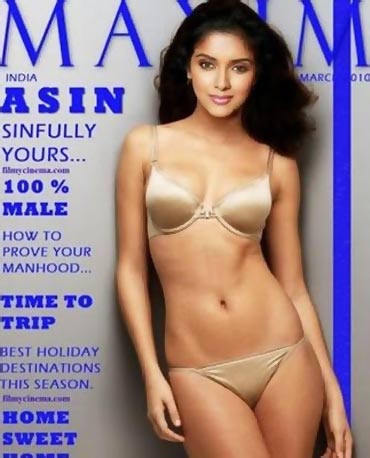 Maxim magazine has featured quite a few actresses in their sexiest photoshoots, and that's probably why it's often used as a backdrop to circulate fake pictures.

Asin, who has not ever worn a bikini in her films, was also shown as though on the Maxim cover in a skin-coloured bikini. The picture was a fake.

The actress was shocked to see the picture and claimed that there was a lot of difference between her figure and that shown in the morphed image. With Katrina Kaif it was not a mere photograph but a fake video that surfaced on the Internet. Titled 'Katrina Kaif's sex scandal', it was a big hit on the Net. But the girl in the video was clearly not Kaif, just a lookalike.

Naturally, Katrina was very upset over the incident and reacted to it, saying: 'The video is disgusting and the girl clearly doesn't even look like me. There's no room for any speculation whatsoever. How can you even call her my lookalike? The girl's face is completely different! I think it's ridiculous to even talk about it.' 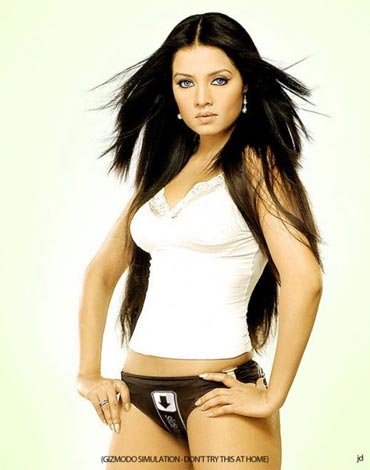 Celina Jaitley has no qualms about showing skin in her movies. But a particular fake picture on the Internet got her so mad that she even lodged a cyber crime complaint against two websites, which had allegedly morphed her pictures from a photoshoot she had done years ago.

The picture showed Celina wearing a white t-shirt and black underwear with the words 'Slide to unlock' written on it. 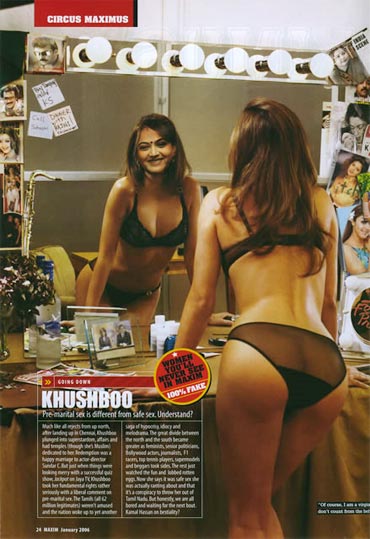 When actress Khushboo saw her morphed pictures in Maxim, she filed a police complaint.

The case was filed under section 292 A and 3, 4, 5 of Indecent Representation of Women (Prohibition) Act 1986 and Section 4 of Tamil Nadu Prohibition of Harassment of Women Act.

While Bhatt and Khan were granted anticipatory bail by the Madras high court, the court denied bail to Mehra, Das and Collaco. The accused approached the Supreme Court for bail, which also dismissed their application. 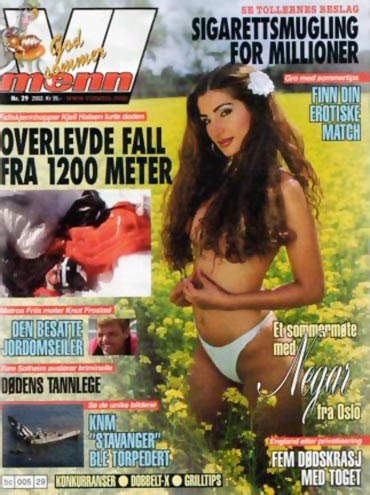 Item girl Negar Khan's topless picture in VI Menn, a men's magazine in Norway, was a big hit on the internet.

But Negar said the picture on the cover, as well as the ones inside the magazine, were fake and that she had never posed for them.

However, the editor of VI Menn magazine claimed that they do not publish morphed images in their magazine.