It is said that behind every successful man is a woman, but behind the success of Sunny Leone is her husband Daniel Weber.

A guitarist with a Los Angeles-based rock band called The Disparrows, Weber became a part of the adult entertainment industry after he began dating Leone.

Webber is Leone's business partner and helms their production company, Sun Lust Pictures, and also manages all her assignments.

Dressed in a crisp white formal shirt and grey trousers, Weber talks to Sonil Dedhia in an exclusive interview about the business and personal side of his relationship with Sunny.

Yes! I want her to do well but at the same time, it's only mainstream cinema.

She has been a part of Bigg Boss and she has worked in films back in the USA and Canada.

Since you handle Sunny's work, tell us how Bigg Boss happened.

About 10 months before the show, I got an email from Viacom 18 and Colors channel stating that they wanted Sunny Leone to participate in Bigg Boss.

I declined the offer because I was not sure if India was ready for her and it might be too controversial.

I discussed it with her and initially Sunny refused.

After a couple of days, I asked her again. She told me to talk to the organisers about the money that was offered. Over a few months we negotiated and finally we decided to go ahead. 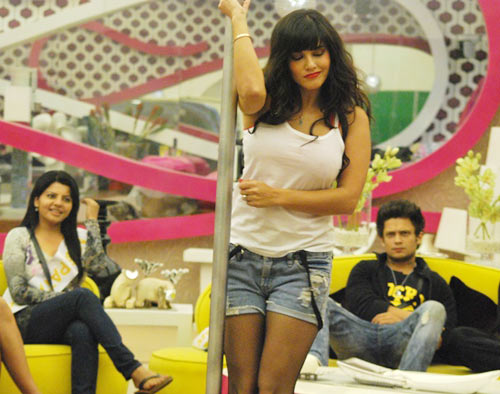 It is said one of the main reasons for Sunny's participation in Bigg Boss was to change perceptions about her.

No, she didn't want to change any perception that people had about her.

But it was projected in that way.

No, she had no agenda of changing anyone's perception. Once inside the house, she was being herself and people fell in love with her.

People thought that she would be controversial. They thought that here is a girl, who is very crazy, would dance on tables and would take her clothes off.

What she does for her living is completely different from who she is. She was just a normal person inside the house and that is how she is in her daily life.

Was money one of the main reasons for agreeing to do Bigg Boss?

Not really. But she wanted to know how much was on offer.

The main factor that concerned both of us was her security. We were really scared to come to India because we didn't know what the reception would be. When we landed at the airport we were stunned with the kind of security arrangements.

Sunny and I know that she has millions of fans all over the world but you don't know how the fans are going to react when you come face to face with them.

The youth in the country and all over the world have loved Sunny Leone for years but only now are they allowed to openly say that we love Sunny Leone.

'Sunny is busy for the next two years in India' 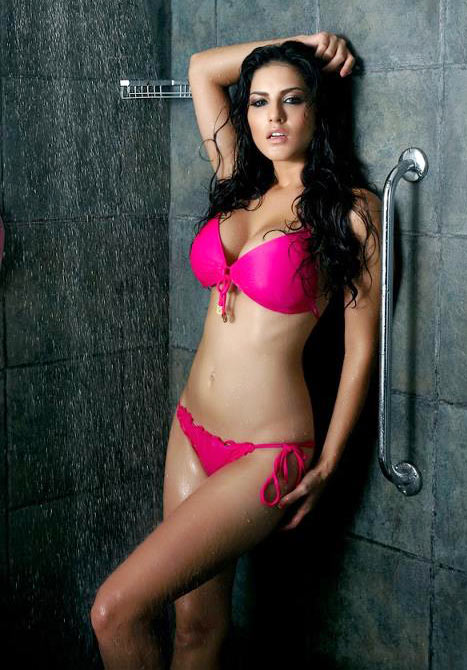 I can show you movies that have sexy storylines and star some of the biggest actors in the world. Right from Angelina Jolie to whoever is the top star here, everyone has done a film that has some sexy scenes in it.

Do you think that Sunny Leone is accepted in India?

All I can say is that she is busy for the next two years in India.

She is breaking the norm in India and yet people are still very curious to know more about her. She is going to be on everyone's television screen for a minimum of two years. People are going to go 'Oh my God! She has signed another movie'. She is already doing a lot of commercials and that is business.

I know we are really good at what we do and let me assure you again that she is not going anywhere for the next two years.

'I never imagined Sunny would be so busy in India' 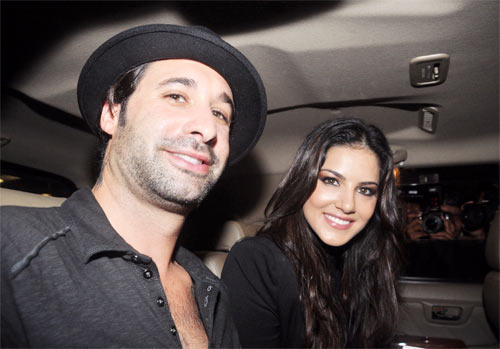 How much does your opinion matter in the scheme of things?

We do everything together. We are together for 24 hours of the day. We are not a normal couple because we work together, live together and talk about everything.

Did you think India would be such a big market businesswise?

I know India is a market because we already have a business set-up here. We do a lot of mobile images and games here.

In the middle of Bigg Boss, I was surprised at how people reacted to Sunny. I realised that something big is going to happen. I always thought that Sunny would be busy in USA and Canada, but I never imagined that she would be so busy in India.

What exactly is the business plan in India that you are talking about?

Our company Sun Lust Pictures has partnered with another company in India. We comply with all the censorship regulations stipulated in the country. 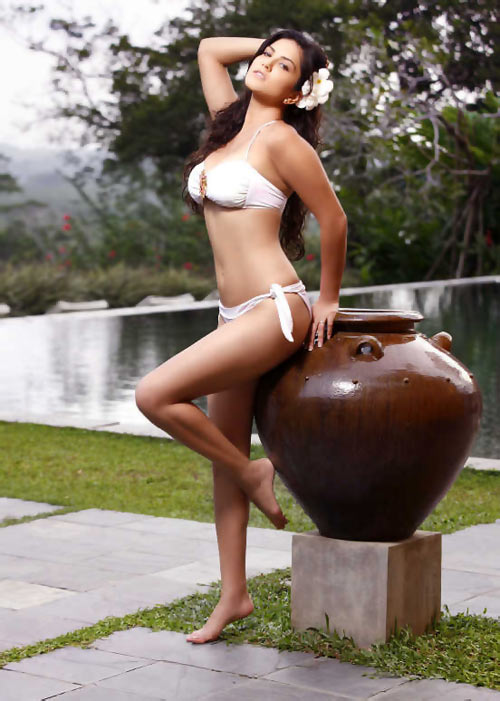 What else is your production company into?

We are doing business in more than 80 countries. We make movies and also sell a lot of accessories. One of our new ventures is providing adult content to hotel rooms in countries where it is allowed.

People in India still buy DVDs of normal films or music CDs. In USA, no one buys DVDs or CDs as video-on-demand and computer downloads are more popular. We have tied up with a company called LodgeNet to provide adult content in hotel and motel rooms in 25 countries. Europe is one of our biggest markets.

How many movies does your production house make in a month?

Our production house makes four to five movies every month. There is a misconception that Sunny Leone stars in all the movies we make. She is a brand herself and Sun Lust Pictures is a company that she owns. They are two totally different entities. She owns the company, she directs, but that doesn't mean she acts in all of them.

How do you cast the people in your films?

We have agencies that shortlist people for us. The casting is completely in the agent's hands.

'I never thought of becoming an adult entertainer' 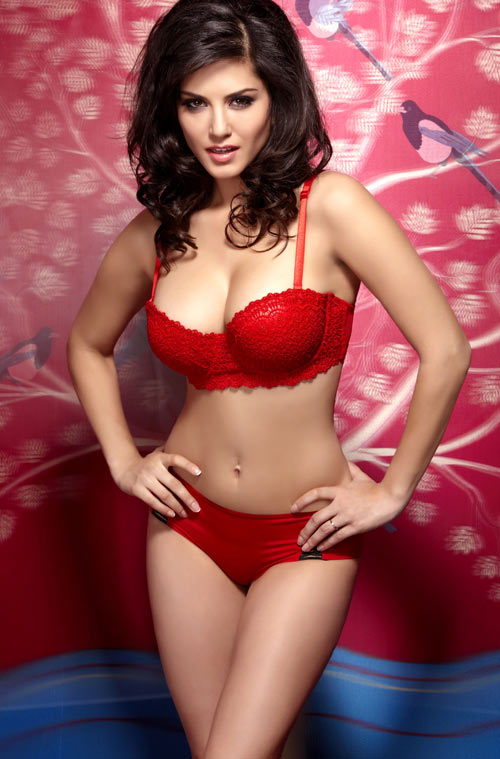 You have been an adult entertainer. What made you opt for this career?

I had my own business in New York and was touring with my band, The Disparrows. Sunny started her career in 2001. I didn't know who she was until I met her for the first time in 2007. After a couple of months of meeting her, we started dating.

We decided to open a production company and during one of our conversations she asked me, 'I should shoot a movie and I don't want to shoot it with someone else so would you like to shoot a movie with me.' I gave it a shot but being an adult entertainer is not for me.

When was the first time you met Sunny?

The first time I met her was in 2007 in Las Vegas. I was playing with my band at Mandala Bay and she had come for an award show. A common friend introduced us.

Let me confess Sunny was a tough nut to crack (laughs). It took me almost a month-and-a-half to make her say yes.

We met in January and she went to Oman to shoot for a movie in February and I would send her flowers to Oman. I used to send her flowers wherever she went. It was a little old fashioned courting but it worked (winks). You should do that too (laughs).

What is that one best thing and one worst thing of being an adult entertainer?

My parents are Jews from Israel. Jews have a bad guilt complex and they will make you feel bad about your decision, but they have forgiven me.
Tags: Oman , Mandala Bay , New York , Las Vegas , Disparrows

'I am truly blessed to be Sunny Leone's husband' 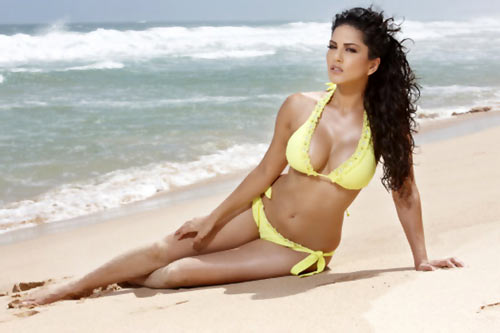 Will you get into production in India?

Yes, I have had a lot of proposals that I am still contemplating. It might just take another year. It is inevitable and I would like to produce a film in India.

As all the energies and focus is currently on India, what is happening with the production house back home in the USA?

We have a lot of employees working in the USA and I am constantly in touch with them. The business that we do there will never take a backseat.

Does it bother you that you are known as Sunny Leone's husband?

My friends know me as Daniel. The press are slowly learning who I am. I imagine that first they will call me Sunny Leone's husband, then they will want to figure out my name and then they will say 'Daniel can actually speak so let's talk to him' (laughs).

I am truly blessed to be her husband. She is just an amazing person.

Would you like to act in a Hindi film?

Even if I want to, I don't think it will be possible because my whole body is covered with tattoos!

And why would someone want me to work in a Bollywood film? If there is a movie, which requires me to play the tattoo man, I am game for it!