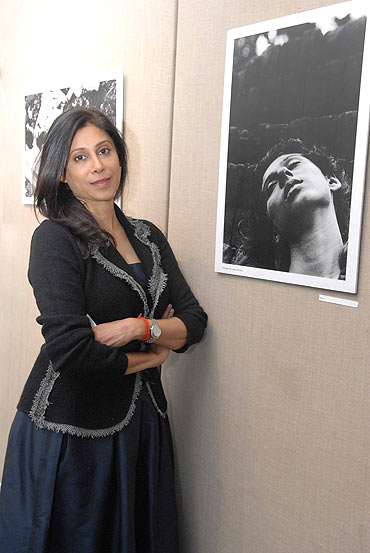 "Smita was a very upright person, but slowly she began mellowing," remembers Manya who was in New York last month to organise an exhibition of photographs, magazine articles and interviews, to mark her sister's life at the movie retrospective Bhumika: The Roles of Smita Patil. The exhibition was held at the Lincoln Center, one of the most prestigious venues for theatre, opera and films in America.

'Smita said the world could not dictate to her' 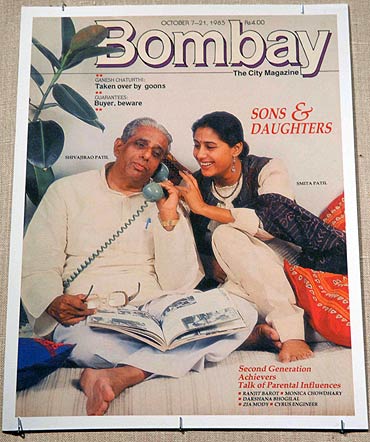 Image: A magazine cover of Smita Patil at the New York exhibition

The actress, who started her career with art cinema with films like Nishant and Bhumika, began working in mainstream films like Namak Halal and Shakti in the second half of her decade-long career.

"She used to get very defensive when people asked her about doing so-called commercial films," Manya remembers. "She outgrew that phase and soon it was like, 'The world cannot dictate to me...'"

While she was taking up big budget films, Manya said she was still available for filmmakers directing smaller films.

Even though Smita was learning to take care of her professional stress, Manya added she was unable to deal with the stress in her personal life.

"On one hand, she was a righteous and principled woman," her sister recalled. "But she would also find herself in contradictions in dealing with the outside world." 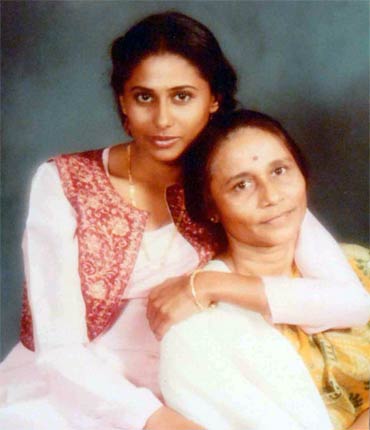 Smita's parents and sisters were not happy when she chose to marry the already married Raj Babbar.

The press probed her private life. "She respected the fact she was a public figure and that people could ask questions about her marriage," Manya said. "But we wondered why people were asking these questions again and again. I felt she should not have bothered answering the questions that were hurled at her. What was she getting out of this, I wondered from time to time." 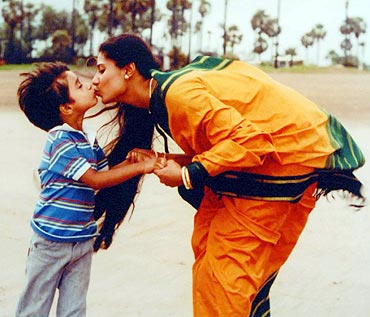 Smita died a couple of weeks after giving birth to a baby boy, whom she chose to name Prateik.

"I have gone on record to say that she died of heart break," Manya said. "As I go through her writings and read between the lines of her interviews, my earlier conviction has continued to be stronger. She looked for an ideal relationship, she wanted her personal life to be good, and she kept hoping things would change for the better. But they did not."

"For the longest time Prateik did not want to discuss his mother and avoided seeing her films," Manya said. "It was natural. He had no experience of having a mother. She was intangible."

Smita's family gradually got him to accept the reality. "I would often tell him, 'Your mother loves you very much'," Manya said.

"With Prateik getting involved in making her work known to a new generation and taking interest in the exhibition," she continued, "I am hoping to see many more retrospectives."

'We watched her and she watched us' 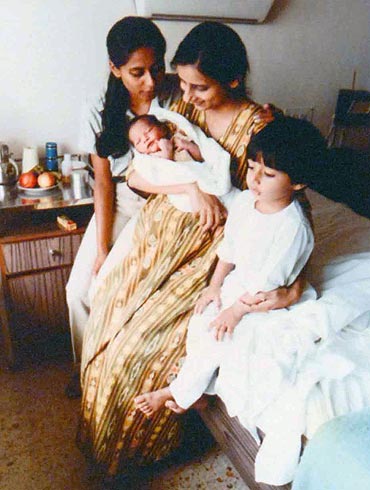 Soon after the screening of Bhumika as the inauguration of the Film Society of Lincoln Center retrospective in New York, a journalist wrote to Manya: 'I saw Smita in the theatre last night, not on the screen but in spirit. She was moved to see many of her dearest family members in the theatre, and she looked radiant, and she prayed for peace and happiness of the family that was honouring not just her, but also the humanity of her heart.'

Manya responded within a few minutes of getting that mail: 'Gosh, this is giving me goosebumps! Hardly half an hour back I wrote exactly the very same thing to my niece who was there, that it is Smita who brought us all, whom she loves, together so far from our roots, to be with her. We watched her and she watched us!'

"I believe this is true," Manya smiles.