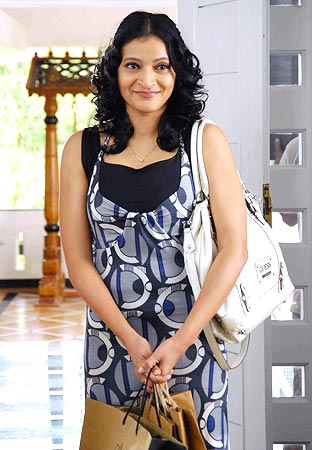 Image: Manjula in a scene from Kavya's Diary

Manjula, daughter of Telugu superstar-actor Krishna and sister of superstar Mahesh wears many hats -- as a producer and an occasional actor. She quietly produced and acted in Neelakantha's Show which fetched the director (who was also the script writer) a National Award for Best Screenplay.

Manjula subsequently produced films like Nani and Pokkiri [the latter went on to become one of the biggest hits in the Telugu film industry]. She faces the camera only when a role suits her. Otherwise as a producer, she is active in the whole process of film making right from the scripting stage.

Manjula is now ready with another film (Telugu) from her production house (Indira Productions) titled Kavya's Diary wherein she acts with Shashank and Charmee.

In this tete-a-tete with Radhika Rajamani she talks about Kavya's Diary (directed by V K. Prakash) which hits theatres this Friday, her future plans and motherhood.

'The character in Kavya's Diary is my ideal woman' 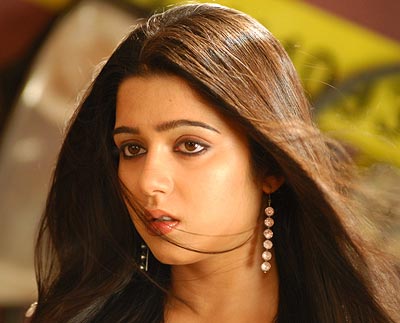 How does it feel to be back after a hiatus, especially in acting?

It's a long time since I did Show though it doesn't feel like I'm coming back. I have been involved in film making producing and acting through all my actors and experiencing it through my eyes. It's fun to be in front of the camera. Portraying another character is like experiencing life. One gets to wear different clothes as part of being a different person and you learn different aspects of your self. You surprise yourself sometimes. You didn't know an emotion existed within you. I enjoy acting, not full time but at my own pace. Most importantly, the character should suit me.

What excited you about Kavya's Diary that you had to act in it?

This film required two ladies. Charmee fits the bill perfectly for the bubbly young girl perfectly. The other character was interesting. It was about an urban housewife who juggles home and work. I could identify with that character. It suited my personality too. I thought I would be able to do justice to the role of a woman of substance.

Could you talk a bit more about your role?

She is a lady with a strong character. She is my ideal woman. I would like to be like her. I identify with her as she is nice, caring and giving.

The film is being touted as a family thriller. Could you explain this?

You have never seen a family thriller before in Telugu films. A thriller or suspense is between youth or a couple generally. In Kavya's Diary the suspense unfolds within the family with the coming of a new character. It's a different, fresh thought maintaining all commercial ingredients. The second half is an edge-of-the-seat thriller.

'My husband and I have a perfect relationship' 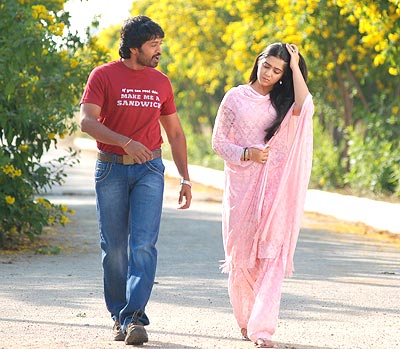 Is this a film realistic or fictional?

It is pretty real and pretty cinematic -- real mixed with fiction. The story is set in a real way so that I want people to identify and connect with it.

Nobody knew that you produced and acted in Show till you released it. Are you being secretive about Kavya's Diary too?

Not as secretive as I was about Show. I did not have any press conference before beginning the shoot of Kavya's Diary. I had one only at the end of the film. I wanted to concentrate on the film 100 per cent as it was a schedule of 38 days I did not want any distraction and disturbance during the shoot. I got into that zone and thoroughly enjoyed it. We shot most of the film on location at Lahari Resorts.

How were Charmee and Shashank selected?

As I said before Charmee fitted the role. The next important role was the hero's. I liked Shashank in Anukokonda Oka Roju. He has a high-energy role and he suits it.

Your husband Sanjay is producing this film under Indira Productions. What is the rapport you share with him on the work front?

My husband and I have a perfect relationship as a couple and an excellent understanding and working relationship too. I look after the creative side, while he looks after the finance and marketing. We take advice from each other whenever needed.

'The audio of Kavya's Diary is a hit' 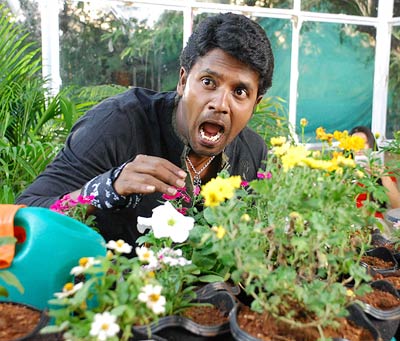 What would you like to say about the director V Karuna Prakash?

I found his Malayalam movie Police technically brilliant. The visuals were a treat. He had done a fabulous job. Indira Productions Creative Team put the script together and he was on the same wavelength as us when he heard the script. I liked the way he frames things and his editing. He got his own team and gave importance to the team. He involved me as a producer and welcomed my suggestions. He extracts good performances from artistes. I'm planning my next project with him. I plan to do more films in future too.

Who are all part of the Indira Productions Creative Head?

The creative head is Anuradha Oomerji. The story of Kavya's Diary is by Anuradha and me, while the inputs for the screenplay are given by many people.

You are one of the successful producers especially after Pokkiri. What is your mantra for success?

Genuine passion to do good work. I'm interested in giving good films to the people.

There is a new music director Manu Rameshan composing the musical score...

He has composed in Tamil. VK Prakash introduced him to me. I listened to his music. Manu gave me some samples and I heard them. I then knew he was the person I wanted. He is a sincere and nice man. The audio is a hit.

Who edited the film?

Mahesh is the editor. The transition is so smooth. We did online editing side by side to know our strengths and weaknesses.

'I enjoy being a mother' 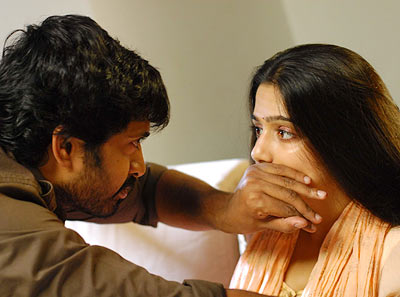 As a producer, do you want to bring about change or tread the safe commercial path in Telugu cinema?

For me there is only one path i.e. connecting with the people by making good cinema in an entertaining way. It can be done in an interesting way too.

You have a two and half-year-old daughter. How does it feel to be a mother?

It's the best. No experience can be compared to it. I am completely enjoying it.

We are planning one with Mahesh and Gautham Menon and one with V K Prakash.