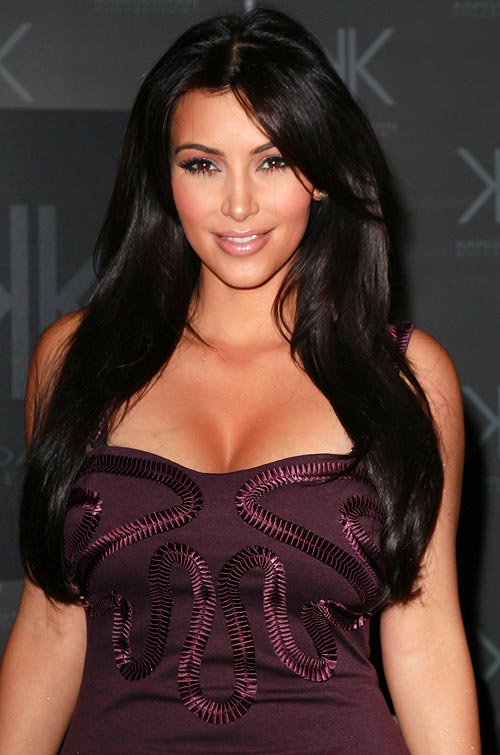 Kim Kardashian is said to have sent out printed cards to her guests, who attended her ill-fated wedding to Kris Humphries, saying that due to the 'unfortunate' turn of events, gifts given to the momentarily happy couple will be given to charity.

The 31-year-old reality star married the basketball player in August last year in a fairytale wedding, but filed for divorce merely 72 days later.

'What is a charity going to do with a Tiffany picture frame or an onyx vase? And, this is nine months after the wedding. Why is she doing it now?' the New York Post quoted one guest as saying.

With a wedding registry that included a $6,500 Tourbillon black vase, a $7,500 Baccarat onyx vase and a $3,000 set of napkin rings, it is not certain how useful, or acceptable, the socialite's wedding haul might be for a charity.

She also gave a $200,000 donation to the Dream Foundation, a move sources say was planned to make her look better amid the backlash.

A rep for Kim earlier denied that she got a luxury Italian sports car from one guest but, asked recently about the plan to give the gifts to charity, said, 'Old news!' 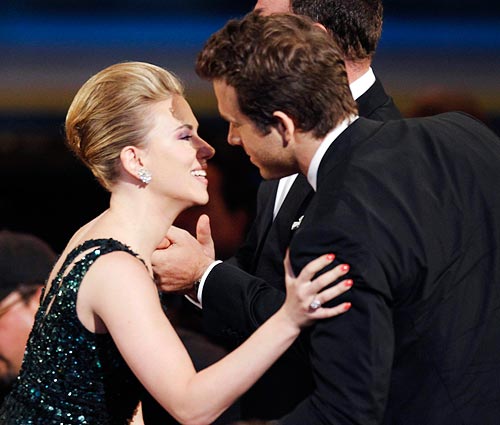 The 27-year-old actress wed Ryan Reynolds in 2008 after dating for around 12 months. Just two years later, they announced they were separating before finalising their divorce in 2011.

'Weddings are hard work. I married way too young, I wasn't ready,' the Sydney Morning Herald quoted her as telling the French edition of Elle.

'You open your arms to someone you love and promise to share everything with him, it's frightening,' she said.

However, the Girl with a Pearl Earring star has no regrets. She blames the break-up on her and Reynolds spending too much time apart while they were working on movies.

'We have lived two unbelievable years. They were as quick as a flash. But two actors together, it's pure madness. Each is animated by the desire of success, the egos are too strong. Too many absences, silences. It's really difficult to build something,' she said. 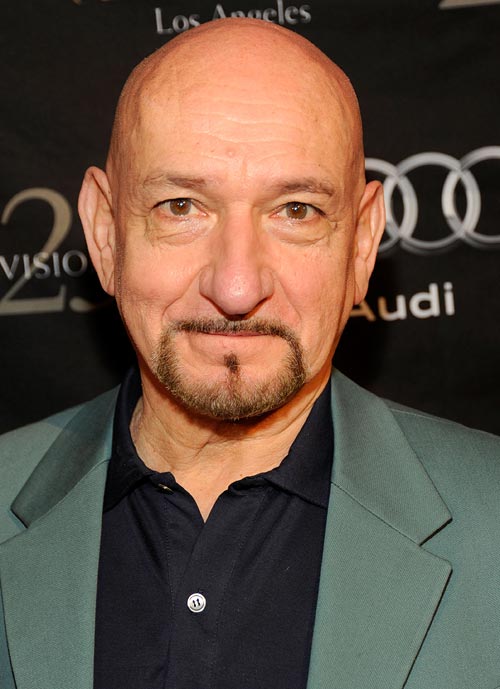 Sir Ben Kingsley is reportedly in talks to play the villain in the next Iron Man sequel.

According to Variety the Oscar-winning Gandhi star will follow Mickey Rourke as superhero Tony Stark's nemesis in Iron Man 3, the Daily Express reported.

No details about his role or the film have been released, but Shane Black has replaced Jon Favreau as the director of the third film, which will hit cinemas next year. 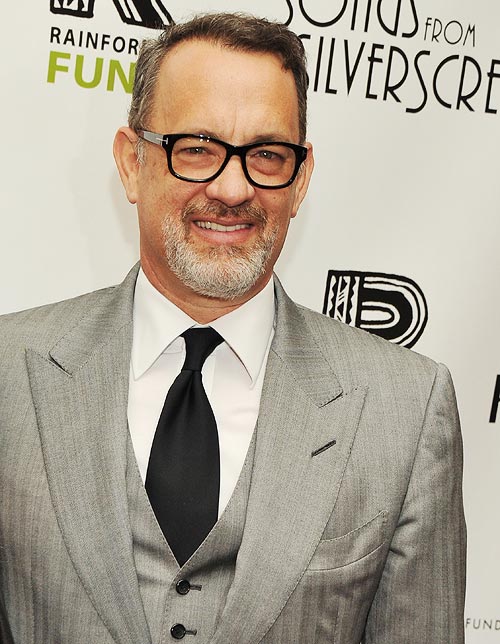 Tom Hanks is set to play Walt Disney in a new film about the making of the 1964 musical Mary Poppins.

The Oscar-winning actor will play the animated studio creator in Saving Mr Banks which tells the true life story of the Disney studio's making of one of their most iconic films, Mary Poppins, the Daily Mail reported.

British actress Emma Thompson will star opposite Hanks as Australian author PLTravers who wrote the book on which the musical is based.

Walt Disney, the founder of the animated studio, spent 14 years trying to persuade Travers to allow him to make a film of her children's story.

Mary Poppins went to become one of the studios' most beloved films and starred Julie Andrews in her Hollywood debut as the magical nanny.

Dick Van Dyke played a one man band who befriends Poppins and the children under her charge.

Travers had been reluctant to sell the film rights, due to her personal connection to her creation, but Disney eventually won her over.

She had held out from selling the rights as she did not want the film to be animated by the Disney Studio.

Travers was so upset when the film was released featuring animated sequences she never worked with Disney again.

John Lee Hancock, who directed The Blind Side is lined up to direct.