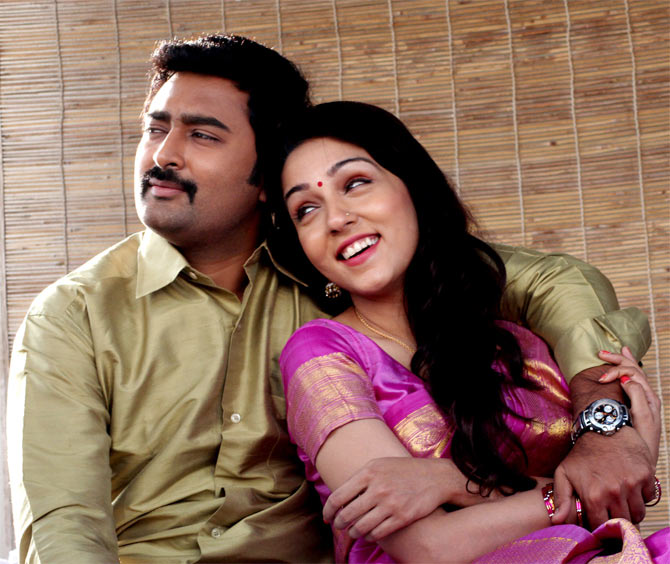 After the innovatively picturised song of the romcom Kalyana Samayal Saadham became a huge hit, the film directed by debutant Prasanna R S has become hot in the market.

The film was also effectively and innovatively marketed in the social media. The film is about a South Indian wedding, so the cast and crew uploaded their wedding photos as profile pictures, and requested all their friends on social media to do the same.

The film is co-produced by Arun Vaidyanathan, the man who made the critically acclaimed Achamundu Achamundu and has Prasanna and Lekha Washington in the lead roles.

How did a qualified engineer become a filmmaker?

I would say the engineering part was an aberration. Right from kindergarten, I was on stage acting.

Nothing other than films excites me.

But I tried to balance academics along with my passion. I was a school topper in the CBSE board exam.

Like my friends, I studied engineering and passed out with distinction. My father wanted me to have a degree before I pursued my passion. But in all the four years I studied engineering, I made one short film every weekend with cameras borrowed from friends. That was the beginning of my journey as a filmmaker.

In 2003-04, blogging was the rage. Quite a few bloggers wrote about my short films. One of the films, Ini Bhayamillai (No more fear) won awards at a competition. Editor-filmmaker Lenin gave me the award and praised my film a lot.

Here I was, an engineering student beating all the visual media students in filmmaking. The title was quite apt; after that, I had no fear in me to be a filmmaker.

I joined the LV Prasad Film Academy and passed out with a gold medal for my film Pen Vesham. I got the award from A R Rahman and K Balachander.

'My film is like a Woody Allen kind of take on a South Indian wedding!' 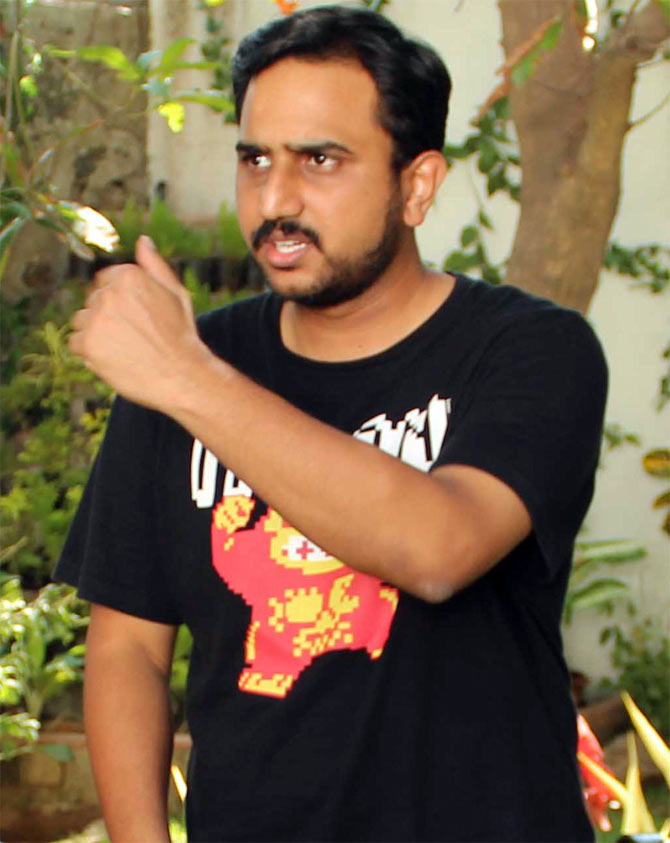 Did your first film happen soon after that?

No. It took some time. Arun Vaidyanathan (who directed Achamundu Achamundu), told me he would produce my first feature film, and I really believed him.

I was making corporate films and working as a writer developing stories for a company in Mumbai which had tie-ups with firms like Disney. I had the concept of Kalyana Samayal Saadham in my mind then too.

It is said to be about a big fat Indian wedding. How did the idea come to you?

I got married in 2009. I was talking to a friend about the funny characters who would come for the wedding, and how hilarious the typical Tambram (Tamilian-Brahmin) wedding would be.

My narration made her laugh hysterically. It was a Woody Allen kind of take on a South Indian wedding!

After a while, I thought, why not make a film based on what I said then. Nobody had made a film like that. Yes, Monsoon Wedding was there on Punjabi weddings but it was about some serious issues too. I wanted a funny take on a Tambram wedding. 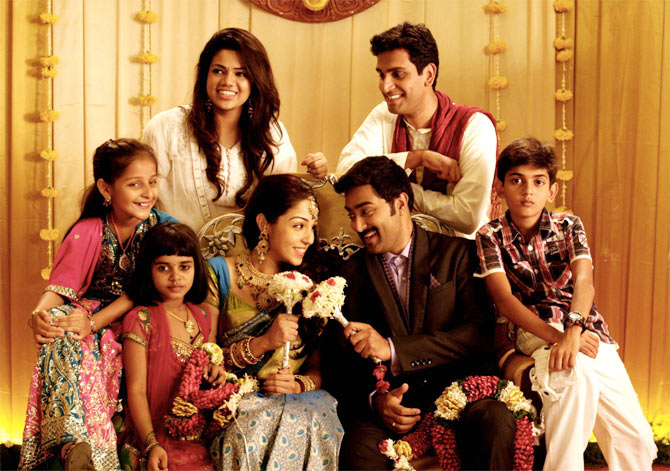 I will not say that. The film is about a new generation couple who do not identify themselves as Tambram or Hindu or Muslim but they are forced to go through all the rituals associated with a traditional wedding.

It is a spectacle for many people, and not the intimate coming together of two souls.

Is it an arranged marriage?

Yes. The film is about two modern couples employed in IT companies, agreeing to an arranged marriage because of family pressure.

They say that as they could not find a person of their choice, they outsourced the job to their parents. The parents go online in search of a girl/boy. That is where the film starts.

Have you made it realistically, or is it a funny take on Indian weddings?

I have made the entire film very, very real. I feel if you look at our weddings realistically, it is a comedy!

I love Woody Allen and I like his existentialist observational humour. Mine is a proper masala film, but realistic. 30 per cent is inspired from real life incidents. The rest is from imagination.

'The film is is a good wedding feast' 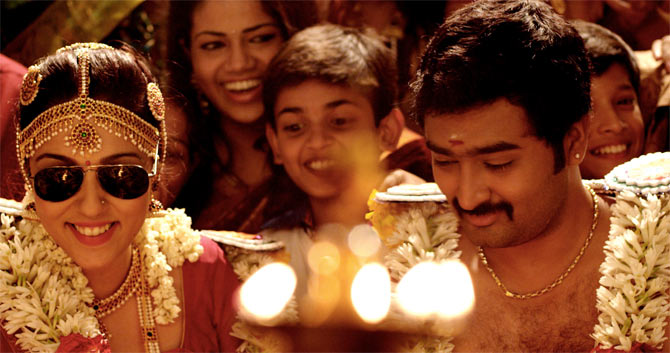 Did you have any actors in mind when you wrote the script?

Nobody except Delhi Ganesh. I really wanted him for a very important character.

For me, script is the hero and that was what Balu Mahendra Sir used to teach us. After I wrote the script, Arun said that Prasanna would suit the role. He also agreed immediately.

How did you think of Lekha Washington who is an unusual choice?

It is a surprise casting, and I am happy about it. It was in a way a risk but I went for it.

I wanted someone not very big as this is my first film, and someone without any baggage.

I knew Lekha from her theatre days. Meera, the character she plays, is very modern, independent thinking with a mind of her own but rooted in tradition.

How do you feel as the release date nears?

Half of me is very content and happy that my film is finally reaching the theatres, but the other half is extremely nervous about the reactions.

I don't know what the first twitter review of the film will be. I think I will hide myself under a sofa on the first day!

I would honestly say that we have made a good wedding feast and I hope it will be enjoyed and liked by all!

Hopefully, the audience will ask for a second serving! Hopefully, they will fold the leaf in such a way as to show that they loved it!