Rituparno Ghosh: I saw Ash, Bipasha in me 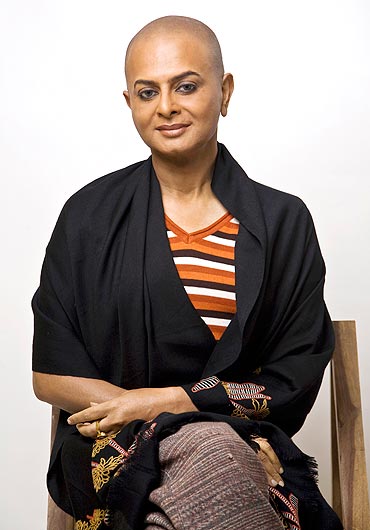 Rituparno Ghosh has directed 17 features films in Bengali, Hindi and even in English. But he has never acted in a film until now.

In the new film Just Another Love Story (Aareki Premer Golpp), Ghosh plays the role of a gay director working on a documentary on the life of veteran theatre actor Chapal Bhaduri.

Ghosh's character is in a relationship with the film's bisexual DP Basu (Indraneil Sengupta). In the film's flashback sequences Ghosh also plays the young Bhaduri. The film is directed by Kaushik Ganguly. Ghosh also gets the billing of the film production designer and creative director.

A rare Indian film that openly explores the complexities behind gay and bisexual relations, Just Another Love Story was shown at the 60th Berlin International Film Festival.

Ghosh talked to Aseem Chhabra after the first screening of the film at Berlin.

What does a creative director do?

I think a creative director has finer goals, because directing itself is very complicated. It is bringing together so many elements which are almost contradictory to each other.

And it involves a lot of meticulous physical work. Half the time a director's mind is occupied in accomplishing those nitty-gritties.

So here I think, as a senior and as somebody who is interested in the subject and intrinsically being a part of the film -- I am officially the production designer. So I did the art design and the costumes. It was basically a collaboration where I was overseeing the creative.

I come from an advertising agency background where we always had a creative director who advised us as to how to take the campaign forward.

It is the aesthetic control, where sometimes the director gets too attached to his material and because since I was acting -- I could be far more ruthless and say "Chop this scene out!"

'There's a bit of diva in the director' 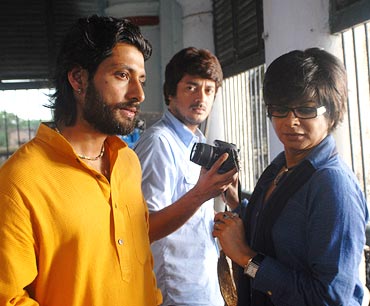 As an actor you had another director telling you what to do. You have directed a lot of actors, but what was this experience like?

He's a fantastic director, but actually he didn't direct me much. As a director myself, I could bring in certain elements.

Why was it important for you to act?

I don't think we could have found anyone in Kolkata someone who could have done better justice to this role. First it requires courage to do this role. Second I had to speak in English and Bengali -- and that too an archaic Bengali.

And also I had to speak in falsetto constantly because that is the original man's (Bhaduri) voice. So it was a difficult task to take it through with the amount of care and affection embracing both the characters. It would have been difficult for Kaushik to find an actor and I as a director know that problem.

You play a director in the film and you are a director yourself.  How much of Rituparno Ghosh is in that character you play?

There's a bit of diva in the director. I think Kaushik is fond of my divahood so he thought it would add some spice to the film.

'I would have cast myself' 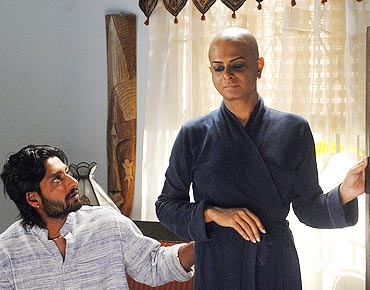 Are all directors divas in their own ways?

No, well maybe. But I am an obvious diva (he laughs). And I would not have played it as a diva, if Chapal was not a diva in his own time. I was playing two divas in two different times, one because of the occupation of his filmmaking, while the other because he actually believes he is a diva. There is a performance of feminity in both the roles.

As a director what did you think of your performance?

I would have cast myself. I was enjoying the reflections of my actors and heroines, which I never knew they had derived from me. It was almost a deja vu of a lot of actors I have worked with who I was seeing in me -- actors such as Bipasha (Basu), Ash (Aishwarya Rai Bachchan), Soha (Ali Khan), Raima (Sen), Konkana (Sen Sharma). Then I knew that I did fine.

Will you cast yourself in your own film?

Direction by itself is so much work.

But Clint Eastwood does everything...

Well, everybody is not Clint Eastwood. But direction itself is such a demanding discipline and very different from acting. An actor needs to be pampered; he needs to feel like a very petulant child.

Yes, I made sure [laughs]

Your film Dosar was also a three person story -- a man and two women, but you solve the issue by killing the mistress, unfortunately...

No, I didn't solve the issue. I think I gave birth to another problem.

Yes that's right. But this film doesn't resolve by the end. Or do you think the situation does get resolved?

Or it gets resolved in its own interiorised way, which we are not privy to. 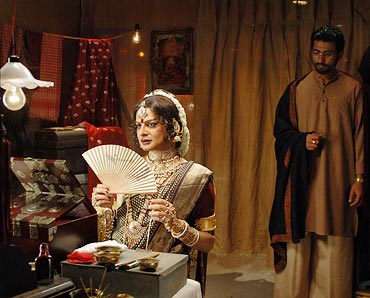 Don't you think resolution is important for the audience?

No, never! I think it's an open ended film, where the audience can draw their own conclusions. And they can try and resolve in their own way. That's far more important than giving them the answers.

The man in the centre of the film is the DP. There many people like him in India and elsewhere, who find it difficult to come out and they live double lives.  But your character is not angry at him. Should your character be angry at him? Because after all he is the one living double life -- love for a wife, but there is also love with your character.

I think given the realities and the circumstances there is a not very happy acknowledgement of his situation. There has to be some acceptance of the situation in some manner or the other. It is not a ferociously activist film where either your choose your wife or your lover. But at one stage I realise that my role in his life will be limited to being an intellectual companion or may be an emotional counselor.

It's a fantastic film, first of a kind. In Onir's I'm Omar he actually shows man-to-man kissing. I don't know it was your or Kaushik's choice but there is no man-to-man kissing here. What is the reason for that, because there is enough display of affection between the two men?

Homosexuality has been reduced in the media to a strictly sexual and physical connotation. And the entire emotional gamut behind the relationship has been very conveniently ignored. We had to create a certain kind of emphasis. Explicit love making scenes between gay men have become stereotypical with gay issues.

But you do show them in situations where there is enough affection between the two men and there is no kissing involved.

The kisses are interrupted by one factor or the other.

In terms of censor board how would they react to the film?

It has been passed by the censor, uncut, but with an adult certificate.

At the screening there was an issue raised about the protests against Deepa Mehta's Fire. You don't expect any trouble with this film?

It would be rather naive to think that it will be all hunky-dory, but no film expects unadulterated adulation. And this film since it borders on risky grounds, I think it is more vulnerable to various kinds of criticism and still we went ahead and did the film. 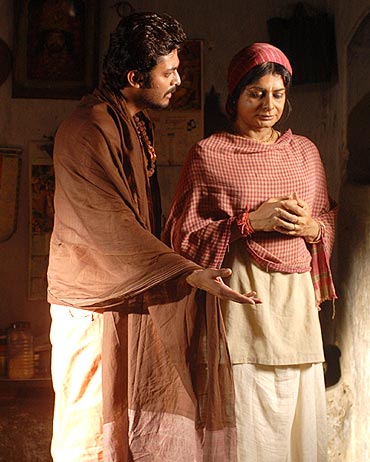 I was very impressed that on the set people are mostly accepting of the relationship between your character and Basu who is the DP, including that these two men are sharing the room together. Is it a realistic portrayal of India?

No it is a realistic portrayal of a film unit. The entire film deals with either theatre or cinema. Historically those two forms of arts started as forbidden areas -- where people from theatre and cinema were considered to be social outcasts.

So it automatically provided you with a license of a forbideness. On the film set there are certain happenings which might be far less acceptable under normal circumstances. The compulsion of creating a chemistry between two unknown people. It is not very common outside the realm of performing arts.

But I am talking about the fact these two characters are a couple and that seems acceptable.

And therefore people around them are far more immune to that. In a film unit you would hardly bother if the hero is going around with the heroine. The technicians are too immersed in their own work. It's not that they won't relish the scandal but it would not be treated with so much eyebrow raising as would be in the outside society.

As far as a Hindi film is concerned such as Raincoat, it was easier and safer, when it came to marketing issues that we cast Hindi speaking actors. And if they are better known then it is all the more better. The film will automatically have a national appeal, having actors like Ajay and Ash work together.

I think I have the unique ability of bringing out the latent talent of a lot of actors which has hitherto been unexplored. I saw that in Arjun. He was completely seen as a wooden actor. And The Last Lear was made much before Rock On. He displayed an immense interest in the film.

Preity was very scared of doing art house films. But after my film she did Deepa (Mehta)'s and Jana (Bara)'s and she told me that I took away the phobia she had of art house films. She had thought that I will make her stay in a cottage and give her burnt rotis to eat. But she saw that even a serious film could be fun.

Which has been the favourite film you have directed? Is there one child you like out of your 17 kids? Or any that really satisfied you?

No I do not have a favourite. At the end there is always a sense of separation from your subject that you will not come back to it. Then you move on to the next film. It's like when your pet dies and you get a new pet to distract yourself.