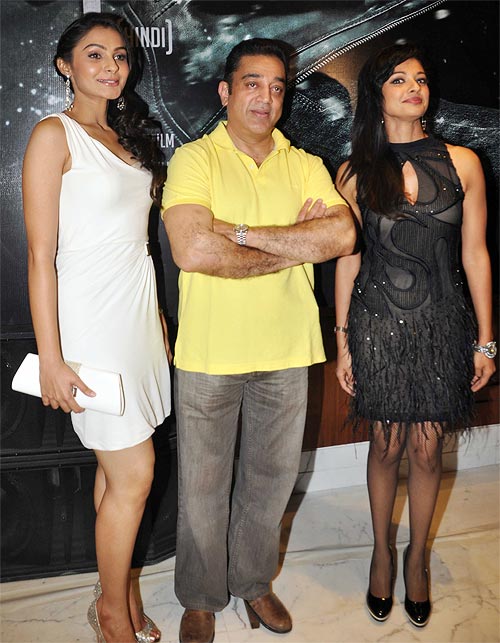 Kamal Haasan's plan to release his new film Vishwaroopam on DTH (Direct to Home) platform a few hours before its theatrical release, has not gone down well with the industry. In fact, several multiplexes are planning to boycott the film if this happens.

The film will release on January 11, 2013 and the 58-year-old actor is trying to convince the exhibitors and distributors that releasing a film on the digital platform will not adversely affect the business of multiplexes.

In this interview with Sonil Dedhia, Haasan explains why he chose the DTH platform. He also talks about his biggest competitor Rajinikanth.

What made you decide that you want to release your film on DTH (Direct to Home) platform? Isn't it like shaking the devil's hand?

I am releasing the film on DTH, as it is another monetising platform. I'm certain that it will help the producers find a new revenue stream.

We had a lot of discussion on it and took the bold step of releasing it on a digital platform before the film hits the theatres.

I think it is a good opportunity to monetise without affecting the film. It is going to change the way the game is played. 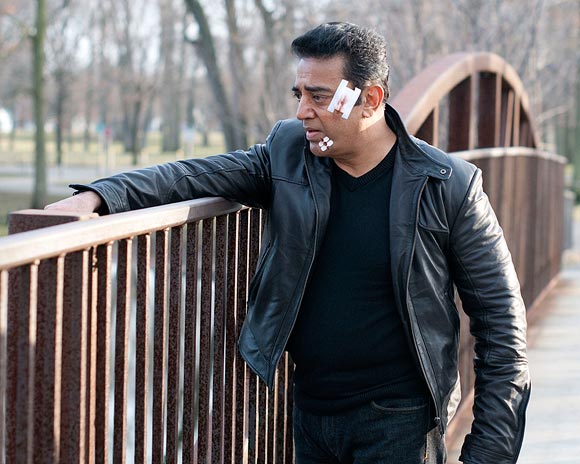 Is there any truth in the reports that you didn't find any buyers for the film and that is why you decided to go the DTH way?

No, it's absolutely false. They (DTH) literally took us (laughs). This is what detractors would like to say.

There is tremendous expectation from this film and I refuse to sell my film for a certain price when I have a vision of a better monetising future for it.

It will be a one-time show and is just releasing a few hours before the theatrical release of the film.

But a lot of multiplexes have threatened to boycott your film if you release it first on DTH.

A 'lot of multiplexes' doesn't mean all of them. India is a big country.

By releasing the film on DTH, I am not burning the bridge and moving on to the other side. I want to keep everyone happy and co-exist in society.

'The film is not meant for smaller screens' 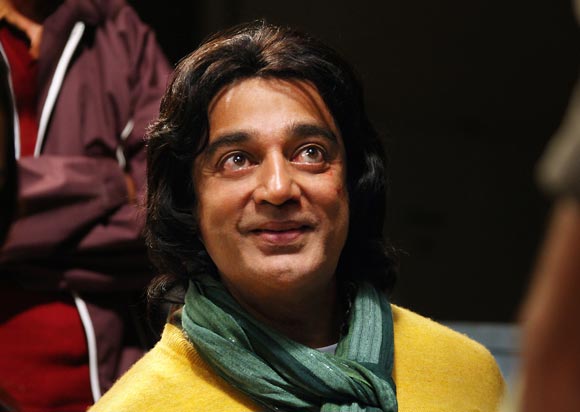 Don't you think the film's visual appeal will be compromised when seen first on the small screen instead of the big screen?

Sanu Varghese (the film's cinematographer) will probably say the film cannot be watched on a small screen.

The film is not meant for smaller screens but, as I said earlier, I am monetising on the film.

The film is elegantly priced on DTH (it is priced at Rs 1,000). Even if people spend money and watch the film on DTH, it is just going to act as a trailer.

It is also possible that people might take undue advantage by recording the film, thus hampering the box office collections.

The private video recording option in DTH has been disabled so no one can record the film.

If you put a camera in front of your television and shoot it then you might be able to record it, but it will activate an electronic signal that might get you arrested very quickly.

'It was a very emotional moment to work with Birju Maharaj' 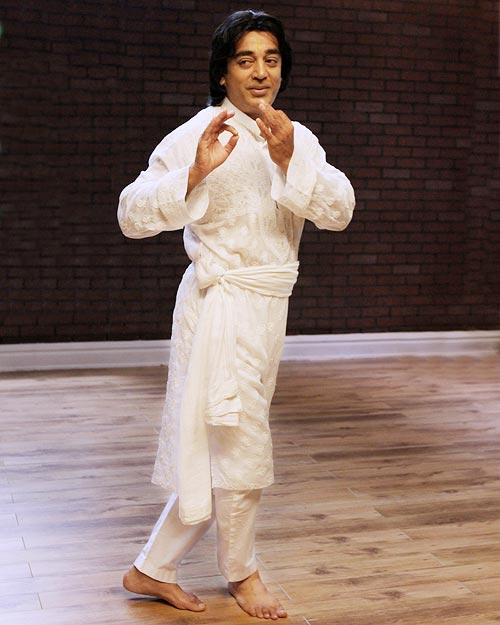 One of the highlights of the film is the thumri to which Birju Maharaj has choreographed a dance for you. Tell us your experience of working with him.

I had an exhilarating experience working with Birju Maharaj. I am so happy that I was able to learn from someone so talented.

Andrea Jeremiah, my co-star, was also a part of this song and she knows what a great teacher Birju Maharaj is.

The greatest honour I got from him was when he saw the edited version of the song and asked me, "How did you do it? How can you dance like me?"

I told him that I have been observing you for many years and was always waiting for an opportunity to work with you.

We both had tears in our eyes. It was a very emotional moment.

Films today are raking in more than Rs 100 crore at the box office. Do you also keep in mind the collections before doing a film?

I don't look at a film according to its box office collection. For me the world is a stage. It's a pity that I didn't learn French, German or Chinese as I think Indians are capable of making films in any language.

There is no particular formula to make a film. There is nothing as permanent as change itself.

Talking about remakes, Hollywood makes the maximum number of remakes but they don't tell where they come from.

'Rajinikanth is my biggest competitor'

How is your relationship with the legendary actor Rajinikanth? After all, you are competitors!

Oh yes. He's very good. We treat each other as very stiff competitors.

Fortunately, we belong to the same institute called Mr K Balachander. So, we are both friends and competitors.

He was concerned when I decided to release the film on DTH as if he has invested money in my film! (laughs).

I am concerned when he does something dangerous. Whether he is in good or bad health, I always want to know about him.

When he was admitted in hospital, we all were worried. I even met him. He came back and thanked me.

There are a lot of young actors who look up to you and want to be like you. Who do you look up to?

I grew up hero-worshipping Sivaji Ganesan.

I have always admired Dilip Kumar. I am still floored by his acting.

'The day Shruti gives a hit film in Hindi, I will work with her' 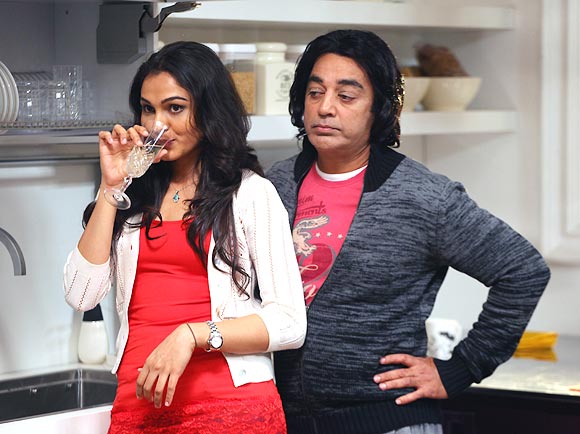 When can we see you doing an out-and-out Hindi film?

I would love to do a Hindi film but it all depends how things work out.

Any plans to share the screen with your daughter Shruti Haasan?

I would like to work with Shruti but things have to work out.

I believe that she has made her mark in the Tamil film industry and I hope she does well in Hindi films too.

I think like a producer and so the day she gives a hit film in Hindi, I will work with her (smiles).