'I was inspired by Slumdog Millionaire' 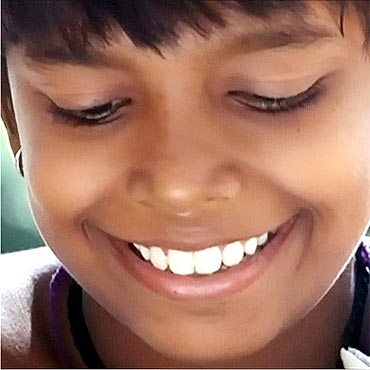 When 13-year-old Harsh Mayar was told he had won the National Award for Best Child Actor, he didn't know how to react.

Harsh plays Chhotu, a Rajasthani boy inspired to make it big, in the I Am Kalam

Not that he was overwhelmed or couldn't believe his ears, as is the usual reaction to awards of genuine merit. He, in fact, had no idea what the award meant.

A Class VIII student at the Yogi Arvind Sarvodaya Vidyalaya, Delhi, Harsh started off as a theatre artiste in 2005. He stays in the slums of Ambedkar Nagar and has aspirations of rising above his lower middle-class existence.

"I want to become famous, get a bigger house and move to a better part of Delhi," Harsh, whose debut film is about a dreamy-eyed boy's desire to study and become an achiever like Dr Kalam, tells Shaikh Ayaz.

How do you feel after winning the National Award?

It is still to sink in. Initially, I didn't know what to make of it. Everyone was calling to congratulate me. When Gulshan Grover sir called and said he had never won a National Award, I knew this must be something really big. Once I realised how important this award is, I felt like dancing.

'My theatre background helped me' 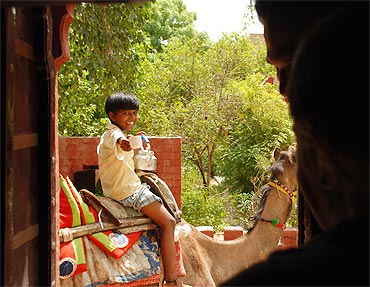 What was your first reaction?

Pehle toh mujhe khud ko bhi nahin pata tha (I didn't know about it at first). My director (Nila Madhab Panda) told me about it first. I was happy because anything to do with an award means people like your work. But I never dreamt it could get this big.

How is your family rejoicing?

(Laughs) My parents, dadi (grandmother) and younger brother went going mad, as if we had won the World Cup. Sab ne bola bahut achcha performance hai (Everyone said my performance was very good). My mummy made kheer for us. Later, we threw a party at a local restaurant for my cousins, uncles and other relatives.

How supportive have your parents been?

They have always encouraged me. In fact, it was my mamaji (uncle) who introduced me to acting. They knew right from the start that I was drawn towards theatre and wanted to act.

'I'd do anything to work in films like Taare Zameen Par 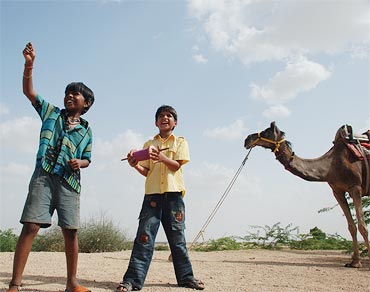 How did you get the film?

I remember I had an injury on my hand around the time the film happened. I had gone to my maasi's (aunt's) place where I met someone who knew the casting agent or something like that. He knew I acted in theatre productions at the Shri Ram Centre and asked, "Beta, there's a film that's going to go on the floors soon. Do you want to try out for it?"

I went for the audition only to realise the director has finalised an actor to play Chhotu. Still, I requested them for an audition and they agreed. I left after that. I was really surprised when I got a call from the unit saying they had cast me as Chhotu over the other actor. I had not expected it.

I wanted to treat it as naturally as possible. I was inspired by Slumdog Millionaire and watched it at least seven times. I loved the way Rubina (Ali) and Azharuddin (Mohammed Ismail) acted. I studied them, the way they talked, their mannerisms, before we started shooting for I Am Kalam. I also think my theatre background helped.

'My first role was that of a monkey' 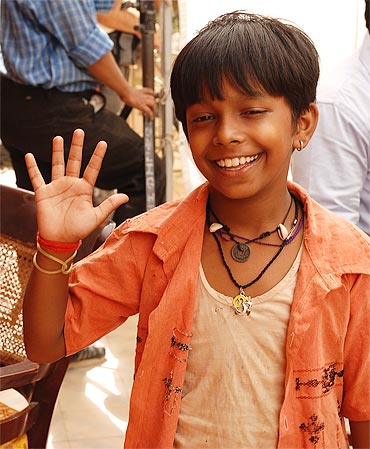 When did you first realise you want to become an actor?

I would say when I started doing theatre in 2005. My first ever role was to play a monkey. Later, I started getting better roles. Once, we were doing a play and there was a huge crowd watching us. After we were done, I stepped out and was surrounded by the crowd. They started clapping and I felt this is what I must do. At least, here, people appreciate what you do.

Who are your favourite actors?

Amitabh Bachchan, Akshay Kumar, Rajpal Yadav and Aamir Khan. I loved Taare Zameen Par. I will do anything to act in a film like that.

When you met Dr APJ Abdul Kalam before the film to seek his blessings, what advice did he give you?

Dr Kalam is one of the simplest persons one can ever meet.

He enquired about me and asked what my passions were. He told me it's nice to pursue what you like doing but also warned, "Do what you want to, but not at the expense of your education."

Before leaving, I told him, "Sir, I love your hairstyle. No one in the world has this kind of hairstyle." He laughed and replied, "No one has ever told me that before."

Were you aware of his contributions to our country when you met him?

Yes, I was already a huge fan and knew he had been the president of India. I also knew he was a great scientist and was India's 'missile man.'