Sign in  |  Create a Rediffmail account
Rediff.com  » Movies » Deepika: I've never had to do a film as a favour

Deepika: I've never had to do a film as a favour 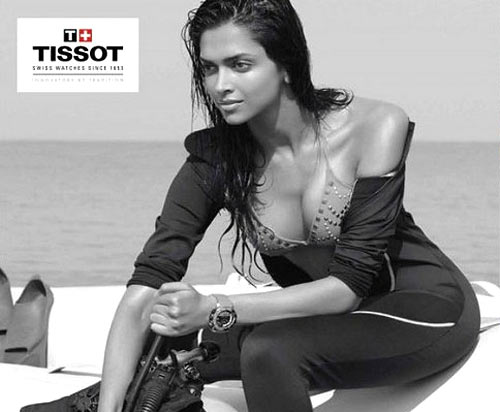 The first thing that you notice about Deepika Padukone, besides her ravishing good looks, is the sheer spontaneity with which she answers questions.

At a suburban Mumbai mall to launch the luxury soap Fiama Di Wills that she endorses, Padukone is in a chirpy mood.

She tells Ankur Pathak why a brand is much more than big money for her and why having a boyfriend is not her top priority right now.

While signing on for advertising brands, is money the main and perhaps the only driving force?

A lot of people would like to believe that, but that's not very true.

Being a brand ambassador is a huge responsibility as I am the voice of the brand and I stand for what the brand represents. That implies that the monetary value doesn't influence me at all while choosing to be the face of a particular brand.

I feel very proud of being associated with my products because I strongly believe that they look for somebody that best reflects their brand's personality and if they find that in me, it is an honour.

That is how I connect and identify with all the products that I endorse. Also, seeing them grow and enter innovative markets is something that gives me great satisfaction. 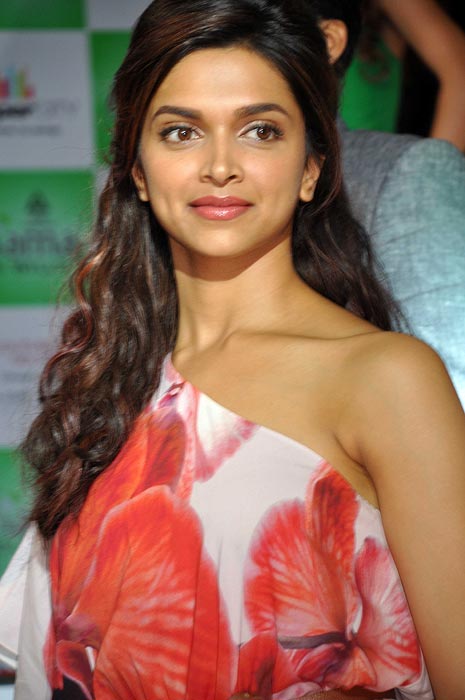 As a brand ambassador, your face influences consumer choices; does that give you the feeling of being powerful?

More than a powerful person, I feel highly responsible as an individual. If I do not connect with the brand I would not be able to successfully convey the message to consumers.

An ambassador's job is to essentially bridge the gap between the product and the consumer. If money is the only deciding factor, that purpose will be lost.

Popular perception is that it is the endorsements that take care of an actor's expenses while the films only help in small measures.

It all depends on how well you get paid. If you say I get paid a lot, it is in a relative sense. You say it compared to what?

Eventually, I believe a brand pays me what they think I deserve to get paid, which is in proportion to the value that I bring to the brand.

What excites me is to see the brands grow after my association with them.

'I have never succumbed to people's expectations' 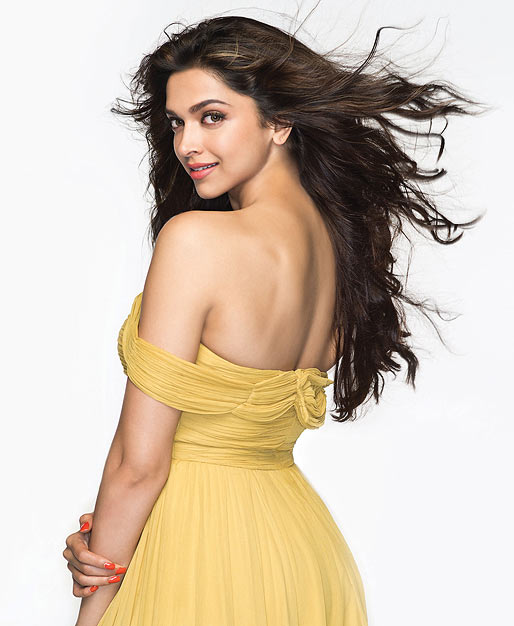 Does the constant pressure to look glamorous all the time become a hindrance?

Oh, not at all! I really like what I wear and that is because I always wear what I'm most comfortable in.

How can I pull off anything when from within it is bothering me? Having said that, I have never succumbed to people's expectations and done things the way they'd like me to in anything let alone fashion.

And, yes, that includes my choice of movies as well as the people in my life.

Is there any fashion style that you miss seeing around?

I'm a huge fan of saris; I think they look very glamorous but are heavily neglected in Bollywood circles.

I wish people wore saris more often and made a fashion statement out of it. Whenever I get a chance I make an attempt to be draped in a gorgeous sari.

'Ranbir is someone who I value for his opinion on films' 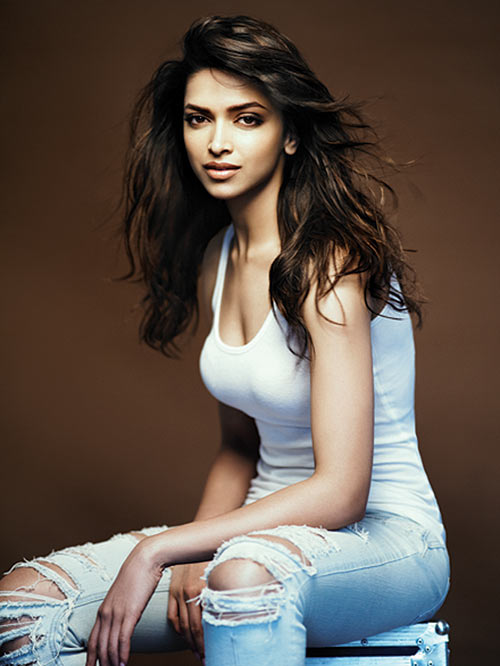 Is there anything that stardom has taken away from your life?

I miss the privacy that I enjoyed before becoming a movie star. I cannot walk freely in a mall and check out things on my own as there is constant scrutiny.

Being a star takes away that kind of normalcy from your life. It is only for events like this that I get to sneak into a mall and check out things for myself. I get the feeling that I have done some grocery shopping which I absolutely love!

Do you consult anyone before signing a film?

There are a few people who are very close to me and whose opinions I value. I talk to them before signing a film but the eventual decision is always mine.

Ranbir is someone who I talk to and so is Ayan (Mukherjee, director of Wake up Sid!). Karan Johar is a very intelligent person who I consult before going about a film and also Dinesh Vijan (producer, Illuminati Films).

'Cocktail was a difficult movie for me' 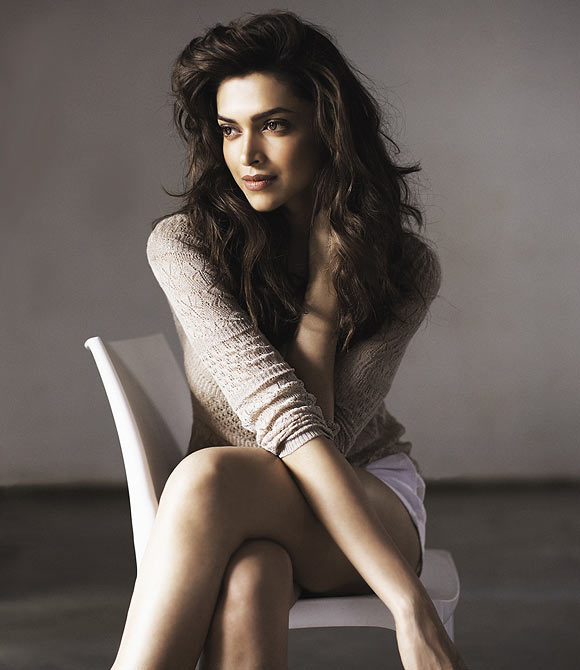 How about the man who launched you in the industry -- Shah Rukh Khan?

Oh yes, of course! Shah Rukh and Farah have remained very close to me and I quite frequently go to them for advice.

But like I said, I take the final call and I am solely responsible for all my decisions.

You have one big release -- Race 2 with Saif Ali Khan -- which will put you in the genre of action thrillers. How was that experience especially after a laidback film like Cocktail?

I wouldn't call Cocktail a laidback film at all. It was a very emotionally powerful film which left me physically drained. Cocktail was a difficult movie for me.

Race 2 is in a different space altogether, something that I haven't done at all. Abbas-Mustan are the best guys in that genre so it made the experience all the more exciting.

As for Ye Jawani Hai Deewani, I'm still shooting for it. We are almost done, only some portions of it are remaining. 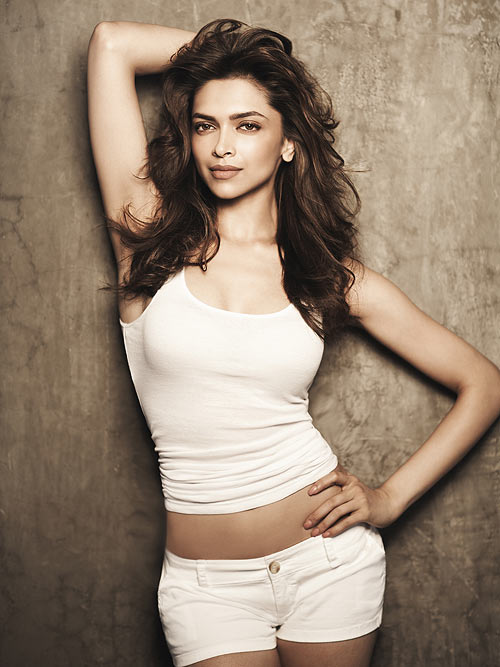 Any film this year that you absolutely had a blast watching and secretly wished you were a part of?

The one that I enjoyed the most is English Vinglish.

I obviously look for strong roles when I sign a film but I don't look for them to be strong in a feminist way. If it is a strong character, it will speak for itself any way.

My main idea before selecting a role is whether it excites me or not. Also, the film as a whole should excite me.

Do you ever find yourself in a situation where you have had to do a film for sentimental reasons, overlooking the content of the film?

I don't know whether if it happens rampantly in the industry but I haven't been in a situation where I have had to do a film as a favour.

If I have done a film with Imtiaz Ali again, it is not because of sentimental reasons but because I really love him and respect him as a filmmaker.

He has given me Love Aaj Kal which I am the most proud of as it is one of my better films in terms of my performance.

Today, if I'm appreciated for my performance I think a large part of it is to do with my part in Love Aaj Kal and Imtiaz deserves a lot of credit for it.

'I am not dating anyone and I'm very happy that way' 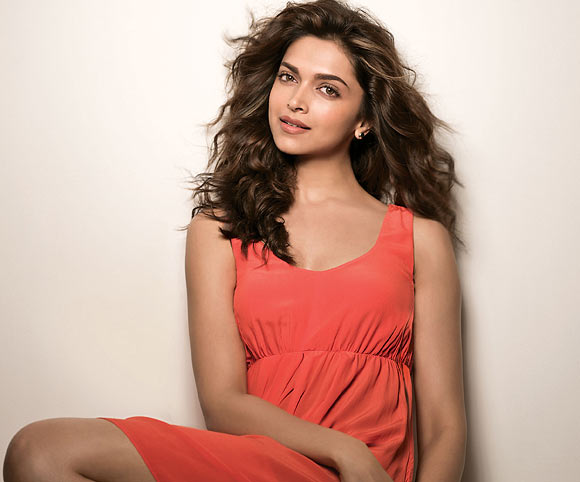 It has been a super year. I wouldn't have wanted it any other way.

I had a release in Cocktail which did amazing business and I got the opportunity to sign on some new movies which you will see next year and some really good brands.

Finally the big question: Is Deepika Padukone single or is she dating someone?

I am in a very comfortable sphere. I don't think I need a relationship to be in that zone.

I am not dating anyone and I'm very happy that way.