'Gangs Of Wasseypur almost did not get made' 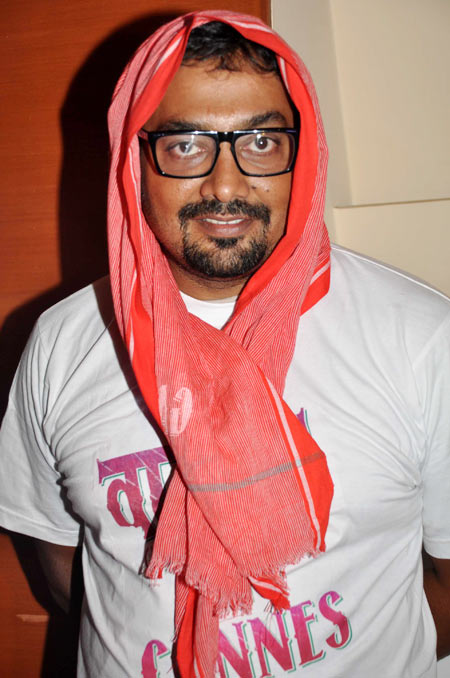 At five hours and 20 minutes, Gangs of Wasseypur is Anurag Kashyap's most ambitious project yet.

With the first part all set for release this Friday, Kashyap, 40, tells Sonil Dedhia why his films are not dark and intense and how the film industry's mindset has changed towards his cinema. Kashyap also defends his former mentor Ram Gopal Varma. Read on:

You went to the Cannes International Film Festival with the purpose of selling and distributing Gangs Of Wasseypur to the world. Was the purpose served?

A lot of Indian overseas distributors still believe that films like GOW won't work outside India because the Indian audience in the west is conservative and looks for only big stars. We wanted to break this mould and we have been quite successful.

For the first time we have good money for the film from territories such as Latin America and Dubai which I haven't even explored till today.

A lot of people are comparing the film with The Godfather. Is that justified?

At the end of the day, it's a good comparison. I take it as a compliment.

I'll give you two ways of looking at the same thing. A well-known Indian journalist wrote the same thing but I don't take it as a compliment from him. It comes from lack of information and knowledge from a person who is sitting in Patna, which is very close to Wasseypur.

At the same time, when international audiences and critics who have seen Godfather have compared GOW with it, I take it as a compliment.

'I have always been seen as a troublemaker' 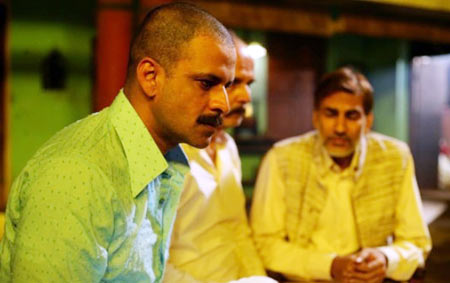 This film is your most ambitious one so far. What difficulties did you face in making it?

GOW almost did not get made. People did not believe in my film. They asked me why I wanted to work on this film and not something like Dev D which was a success. I don't want to repeat myself.

People also questioned me about making another mafia film. But I had this story which is entertaining and at the same time, it will engage the audience. In five hours and 20 minutes, the audience will explore the mafia in Gangs Of Wasseypur and I am sure they will like it.

You have been making the kind of films that you wanted to make. Do you think finally the audience and the industry is waking up to your films?

There are fewer struggles to make the kind of films I have been making. This is the time when you can make films without stars and they are working at the box office.

Some directors who have been supporting this for a long time are finding it much easier to make their films.

As a newcomer, you took a lot of flak for the kind of films you made. Of late the industry and the critics have started praising your work.

I have always been seen as a troublemaker or a problem creator. I guess that suits my image (Winks).

A lot of people are astonished that in spite of cheating the producers how does Anurag Kashyap manage to make films? Logically, businesswise, it does not make sense how I make my films (laughs).

I still feel that the old-school filmmakers don't like me. I guess they don't understand the kind of films that I am trying to make.

At the same time, the generation has changed. A lot of new blood has been infused into the industry and they are standing up for the same thing that I have been doing for so many years.

I still feel that my acceptance is not very wide. I have a lot of support from the director and the actor community, but the distributors and producers are still trying to figure out what I want to do.

'We were thinking of making the film in three parts' 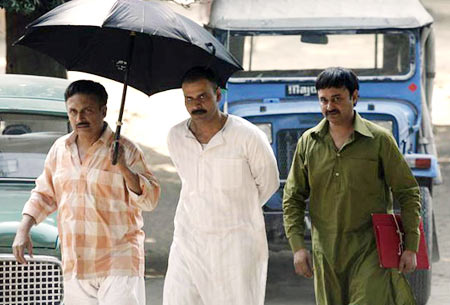 Image: A scene from Gangs Of Wasseypur

How challenging was it to make a film that you wanted to make and at the same time make it entertaining?

To begin with, it was a film that had the potential to be entertaining. I can't force entertainment in a film like That Girl In Yellow Boots. There are different stories within the story and we brought in music to bind all of them together.

The kind of music Sneha Khanwalakar has done is just phenomenal. The intention was to make an entertaining film, or else we wouldn't have been given so much money to make GOW.

The most expensive film that I made before GOW was Dev D which cost Rs 6.15 crore. I went almost three times the budget of Dev D and Viacom 18 (the producer of the film) trusted me with it.

Do you think that the length of GOW (five hours and 20 minutes) will be a hindrance?

Eight hundred people watched the film in Cannes and gave it a standing ovation.

The audience mainly consisted of people who read the subtitles and did not know the language. This has given me enough confidence that GOW is going to work.

We were thinking of making the film in three parts. We wrote three scripts. We combined half of the second part in part one and the other in part two. It is one film, but we had to make it in parts. I think two parts are not enough; it could have become a TV series (laughs).

'My films are not dark nor are they intense' 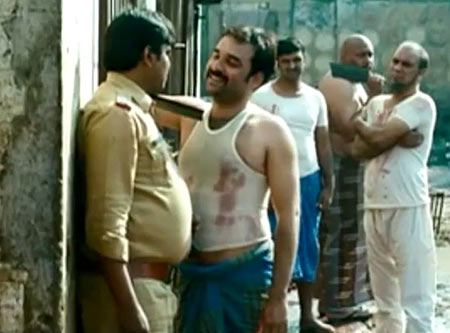 Image: A scene from Gangs Of Wasseypur

Do you think production houses have started believing in you? I remember at FICCI Frames this year you mentioned that you change the scripts on the spot and that irks a lot of producers.

A lot of people misconstrue it. When I started my journey in films people never wrote scripts. Until six to seven years ago, there was no concept of bound scripts. People made a face when you handed them bound scripts. The same people today demand a bound script.

A basic script is always treated like a map. Yes, I do change scripts but only when it is needed. Improvisation is always necessary and I don't do it alone. I consult my actors, writers and other important people.

Your films have always been dark and intense. Would you make a completely different film?

The problem is that we make so many light-hearted, candy floss films that anything real seems dark.

Barring That Girl In Yellow Boots, my films are not dark nor are they intense.

When I made Paanch, a lot of people said the film was dark and disturbing because of the kind of films that were being made by other filmmakers then. Today, the same people say that Paanch is a mainstream commercial cinema and it should have been released.

I don't understand how a film that was dark when I made it suddenly becomes a commercial film. The problem is not with my films, it is with the mindset of people.

'Ram Gopal Varma has isolated himself'

You have never worked with big stars in your films. Do you still feel that the industry is star driven and requires a big star to make a film successful?

The purpose of the industry is to grow monetarily and economically. In other countries, a lot of money is spent on research for the film. Ours is one industry that does not spend anything on research. There is a safe formula that is adopted in our industry. A star will work in our film and we will make money. This is not how films are made.

I identify films with their directors and not actors, except in the case of Aamir Khan where you trust that you are bound to see a good film.

We are an industry where films like Vicky Donor, Kahaani and Paan Singh Tomar co-exist with films like Housefull-2 or Agneepath. Today, the success of Housefull, which collected Rs 100 crore at the box office, is very important because that money circulates and helps filmmakers like me to make a film like GOW.

You recently mentioned in an interview that you don't want to become another Ram Gopal Varma...

Ram Gopal Varma is someone who I have learnt everything from. He taught me a lot about cinema and I diligently follow that. He has somewhere isolated himself. He has cut himself off from the rest of the world. He has a virtual presence but I believe that he has slightly cut off from what's happening in cinema.

His idea about filmmaking and shot designing is quite fixed. I feel bad that he has isolated himself because I care about him. When he discovers any camera or equipment, he always talks about it as if he is the one who has found it. But all over the world, kids are experimenting with it. His experiments are becoming like a child with a toy which sometimes is good but what happens is that he is Ram Gopal Varma and people have expectations from him which burden him with restrictions.

He has reached beyond the point where he is trying to impress anyone. He doesn't realise that it costs money and it is someone else's money. Things are not working for him which is making him stubborn. I will not say that he doesn't have it in him to come back.