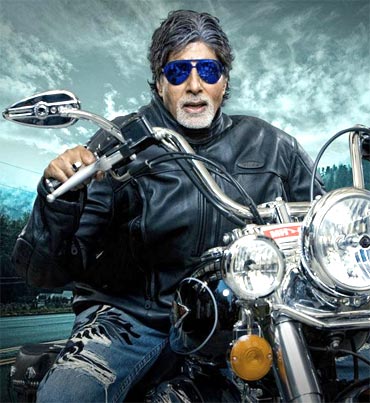 In the second part of the two-part interview, the almost legendary Amitabh Bachchan speaks to Patcy N about the songs he sings in his latest film Bbuddah Hoga Tera Baap, the lost art of dialogue writing, and the future of films and television as he sees it.

Read the first part of the interview here.

You have sung three songs in Bbuddah Hoga Tera Baap.

Yes. One is a medley of some of my songs that have done well in the past. It all happened quite by accident two-and-a-half years ago. We were on a concert tour with Vishal-Sekhar  in New York, and we were having dinner at a restaurant and there was this music playing, which I liked so I asked the manager if I could have it copied on a disc.

I was listening to it in my room and enjoying it when I suddenly felt that I could sing Khaike Paan Bana Raswala to this rhythm and beat, so I casually sang it and then I called Vishal-Shekhar and said that on this beat we can sing this song so why don't we record it and play it at the concert.

We hired a studio in New York and within 15 minutes we recorded some of my songs to this beat. And we played it at the concert and it was a huge success, but when we came back we forgot about it. When Puri (Jagannadh, director of Bbuddah Hoga...) was discussing with me the type of music he wants, I told him what we did at the New York concert and played him the song informally. He said 'this is it, I want this only'. So we went back to the studio and we made a special song Go Meera Go.

Then there is the theme song Bbuddah Hoga Tera Baap in the a capella style which Vishal has done, where every sound that you hear is from the singing voice.

The third song is Haal-E-Dil, a very soft melody. This song is for Hemaji and me. It is my favourite song. We have forgotten what melody is today. The soft, lyric quality of music is just disappearing.

You are a good singer... Do you play any instrument?

I am not a singer at all and I don't play any instrument. I have every instrument and I pretend I know how to play them. If you come to my office you will see a lovely piano there. These are all gifts from my fans because they think that I play instruments, but I am just faking it. 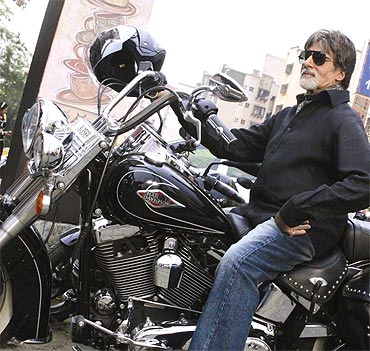 How challenging is your role in this film?

It is a challenge at 70 -- we are doing things which you are suppose to be doing at 25, whether it is action or singing or dancing, these are all physically strenuous things you have to train and prepare for. I go to the gym every morning for personal health reasons, but when I have a movie like this to do then I train a little more, look after my diet.

This film contains some of your old film dialogues, we hear.

Do you think there are no good dialogues these days?

Yes, that kind of writing does not exist any more, I regret it and I am sad about it. The kind of screenplay and dialogues that were written earlier are not there today. I don't know the reason. May be people don't have time to listen to that kind of dialogue; it is a fast world so they want everything fast.

But your dialogues are still popular?

Yes, that's true. When I go out on concert there is usually this one item -- I come on solo and recite dialogues from my films like Deewar, Agneepath, Silsila, Kabhi Kabhi. I am alone on the stage and a crowd of about 50,000 listens to me. This segment is very popular even though most people in the audience were not even born when Deewar was released. I don't know why they are so attracted to the film and dialogue that is a huge revelation. Somewhere there is longevity in those dialogues. 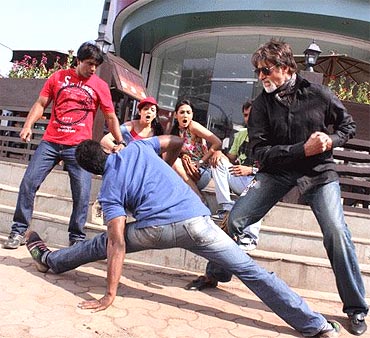 That is not true. There is a huge misunderstanding as there were actors before me who did such roles like Sunil Dutt in Mother India. There was an actor called Ulhas (Chand Aur Bijli, Mahua, Ziddi) who has done such characters.

I have spoken to Javedsaab (Akhtar) about this and he said that the young generation of those days was angry, tense, and worried because they were not satisfied with the system and the things that were happening in the country and they wanted to object to it. They could not demonstrate on the streets so they created this character, who would go against the system, and fight and win.

In recent times you have done very different kinds of films such as Paa and Rann. Was it a deliberate decision to do different types of roles?

No. Whatever is offered to me, if I am interested, I take it. I don't think that I accept a film because it will enhance my image in the eyes of my audience. 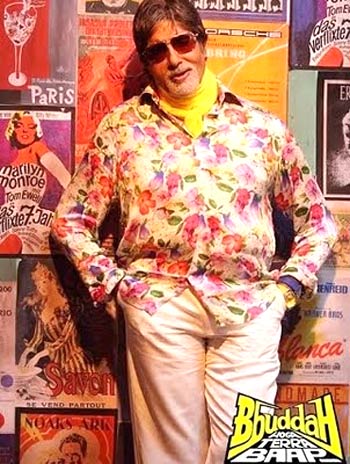 What is your opinion about remakes? As a producer do you see yourself or Abhishek producing one?

It's fine. They own the rights, they should have the liberty to do what they want.

I haven't thought about working in any remake or producing a remake. I don't think Abhishek has thought about it because we both feel that an original should be left an original. So many times when journalists question me on this I say that there was a generation that loved K L Saigal doing Devdas, then we had Dilipsaab doing Devdas -- in my eyes that was the ultimate Devdas -- but today's generation feels that Shah Rukh Khan is the correct Devdas.

So with each generation, as you keep remaking that product, you will identify with it.

Over the years how has the film industry changed?

It is partly to do with television.

On television if you hold a shot for more than three seconds it is bad television. You see it even in the news -- they show several items just to keep the attention of the viewer because they are scared that he may change the channel. But the channels have become smart -- now all channels play their adverts at the same time so even if you change the channel you will go into another ad.

Have you ever thought about direction? 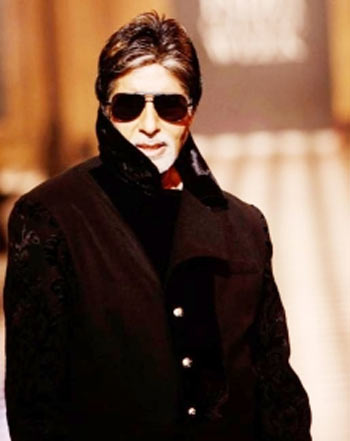 How will Kaun Banega Crorepati 4 be different from the earlier seasons of KBC?

There are some fresh innovations that we have thought of. I have been very generally briefed on it but once we get into the mock rehearsals next month I will be able to talk about it in detail. But, yes, I think what the station is thinking about is to have more connectivity with the viewer and give the viewer also an opportunity to earn some money and make some money.

There will be three KBCs simultaneously?

Yes. Shatrughan Sinha in Bhojpuri and Sourav Ganguly in Bengali. It just shows the strength of the format.

How has television grown over the years?

First it was state-owned, one single channel, but the moment the economy opened up, we invited everyone to come and invest and that's made the difference. We have over 400 channels now. We have a large population, all potential consumers. In American it is unheard of that 250 million people watch one programme. Oprah Winfrey gets 12 million viewers and they start opening champagne bottles!

I was talking to some people from America who are in the entertainment field and I asked them why they were in India and they said 'this is the future of the world, this country. The way entertainment is going to grow over here it's not growing anywhere else and we want to be a part of it.' So, a lot of good things are happening.

Will A B Corp get into television?

We have not decided yet but if there is an opportunity then we will think about it.

What is your forthcoming film?

Aarakshan, it is an issue based film that deals with education.