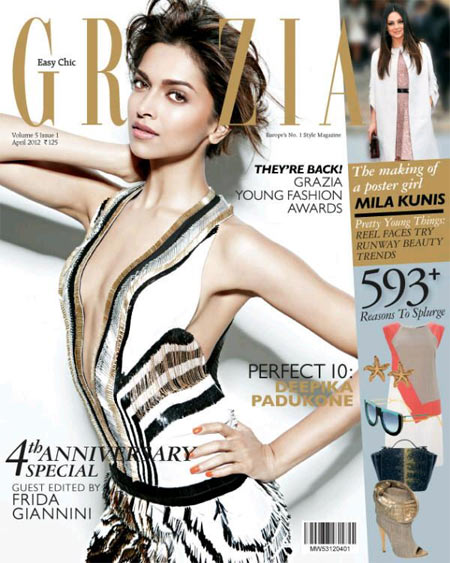 While the dress and the actress's flaming orange nails stand out, what truly steals the show is the daring neckline.

Here's looking at heroines, who love playing with their necklines and with our minds! 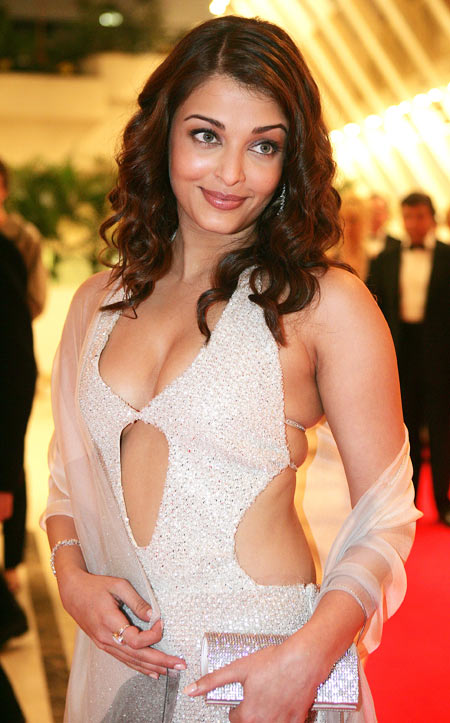 For her third appearance at the Cannes Film Festival in 2004, Aishwarya Rai Bachchan chose a rather strange Neeta Lulla cutout dress and teamed it with Chopard jewels.

While the dress screamed attention seeker, we're sure her fans didn't mind the visual treat. 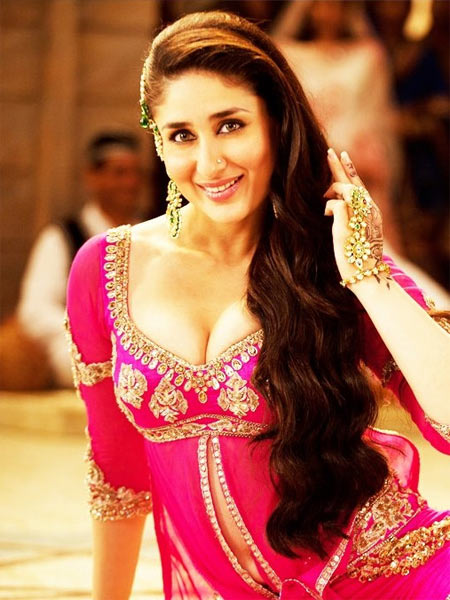 Kareena Kapoor is back to her more curvy avatar and we are loving it!

This loud magenta sharara-like outfit she donned for a mujra song in Agent Vinod is all kinds of awesome. 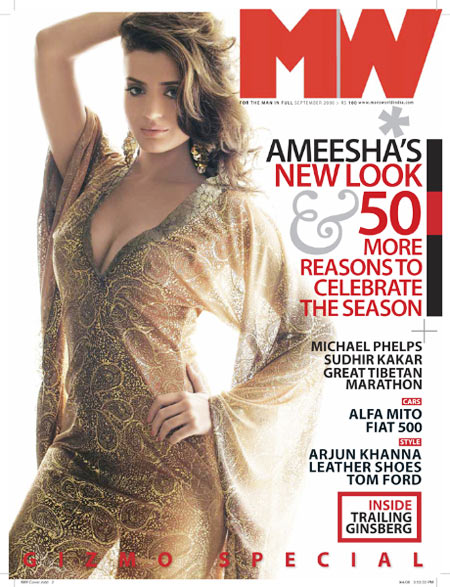 It's time Ameesha Patel was officially appointed the brand ambassador of daring necklines.

From saris to cocktail dresses, the actress has come up with ingenious methods to incorporate the plunge in all her attires.

She smouldered on the dream-like cover of Man's World a while ago. 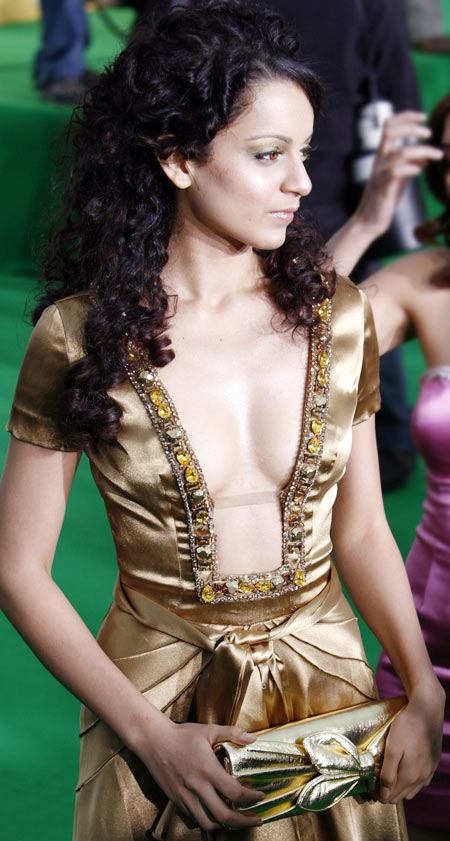 Bollywood's resident boho chick Kangna Ranaut decided to shift the focus from her wild curls to elsewhere and all of us took notice diligently.

The actress wore this daring outfit to the 2007 IIFA awards and became the talking point of the season. 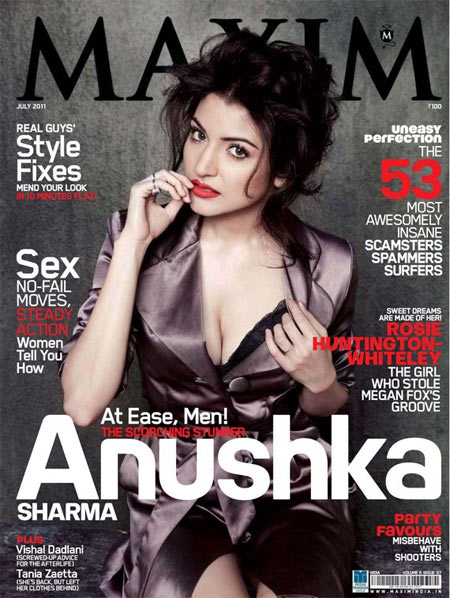 Anushka Sharma gave way to her seductress persona with red lips and what looks like a satin trench coat for the cover shoot of FHM magazine.

Who would believe this sassy girl debuted with a demure girl-next-door role? 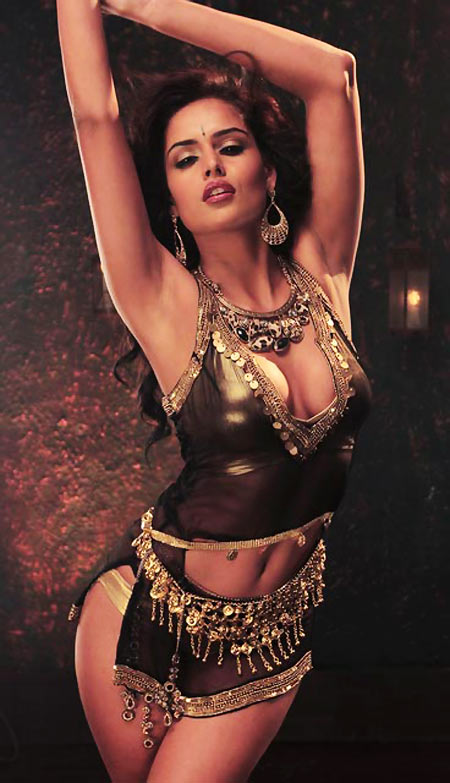 It's not difficult to see why Ram Gopal Varma is besotted with his latest find.

Nathalia Kaur makes her Bollywood debut with an item number in the filmmaker's latest film Department. 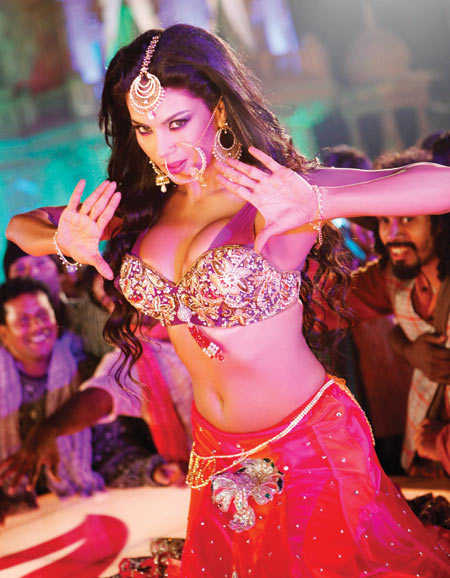 Veena Mallik is showing no signs of slowing down. After the controversial FHM cover photograph, the starlet featured in an item number in Gali Gali Chor Hai.

To state the onvious, her push-up choli stole the show. 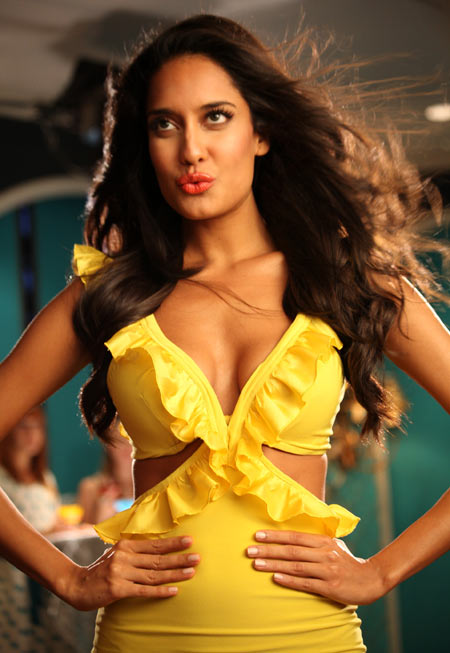 Model/actress Lisa Haydon one sultry goddess we'd like to see more of in films.

Her bikini act in Rascals almost overshadowed this canary-coloured exuberance but to say we're glad we stumbled upon this avtar of her from the film would be a serious understatement. 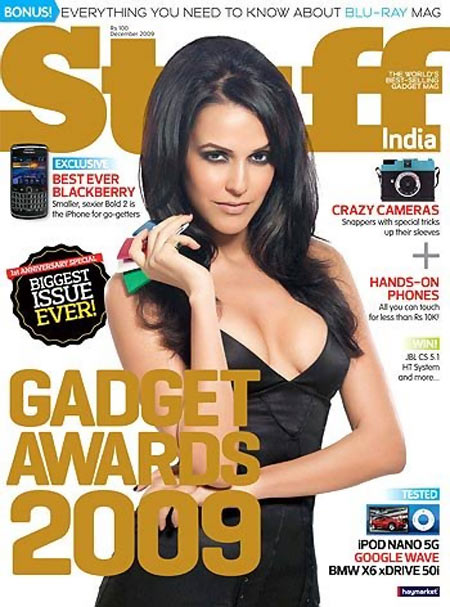 After appearing in a bold film like Julie during her early days in Bollywood, this actress donned the demure garb and refused to do a sequel to Julie.

But that doesn't mean we don't see the risque side of this hot chick. This magazine cover is a case in point.