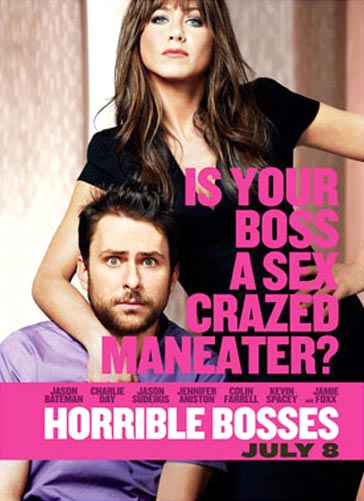 Jennifer Aniston is set to sizzle your screens this summer with her hot new brunette look in upcoming comedy Horrible Bosses.

Costarring Colin Farrell, Kevin Spacey and Jason Bateman, Horrible Bosses is more than a hair-color switchup for Aniston, 42: She plays a dentist who sexually harasses a male employee (Charlie Day).

According to one source, Aniston has shot a topless scene, but producers aren't sure if they'll use it,' reports US Magazine.com.

By the way, don't expect Jen to keep the dark hair, as her longtime colorist Michael Canale has said that the single star would keep the colour only until her role demands it. 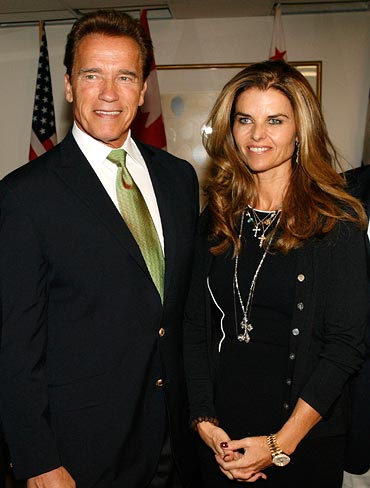 It has emerged that Arnold Schwarzenegger's estranged wife Maria Shriver is the one who leaked the news about her hubby's secret love child.

It has also been reported that Shriver has hired a private investigator to find out whether Schwarzenegger has fathered more children in secret.

Shriver's friends had to persuade the 'hysterical' former TV journalist not to hold a news conference when she found out in late April or early May that the star had fathered a son with the family's housekeeper, TMZ reported.

She agreed to keep quiet until a week after the couple announced the end of their 25-year marriage and then tipped off the LA Times that the True Lies star had a 13-year-old son with Mildred Baena.

The U-turn did not stop Shriver, 55, from hiring a private detective to scope out whether the former California governor committed any other infidelities while they were married, as well as explore his finances, RadarOnline.com reported.

'Maria is leaving no stone unturned and she has authorized a private detective to gather personal and business information about Arnold,' Fox News quoted an insider as saying.

'The investigator will likely look into the claims that he fathered multiple children, outside their marriage. Maria has heard the rumors and she wants to find out one way or another, if those claims are true,' the source added. 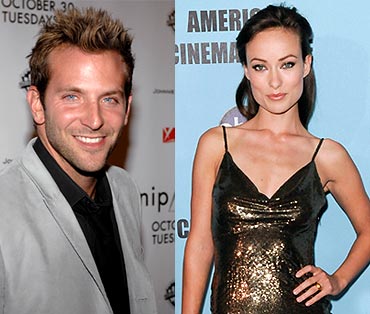 Bradley Cooper is the new man in actress Olivia Wilde's life, according to U.S. reports.

Pals tell Life & Style magazine the couple went on two dates over the weekend - and there are early signs the stars are loved up.

One eyewitness at the recent The Hangover Part II premiere after-party says, 'Olivia was Bradley's date. He was always taking her hand or putting his hand on her lower back, it was really sweet. He took care of her all night.

'They were definitely together... (and) they left together. They seemed really comfortable with each other.'

Both stars have been romantically linked to fellow celebrities in recent months - Wilde, who split from her husband last month (Apr11), has been tied to Justin Timberlake, while Cooper recently split from girlfriend Renee Zellweger.