Look who's been invited to the White House 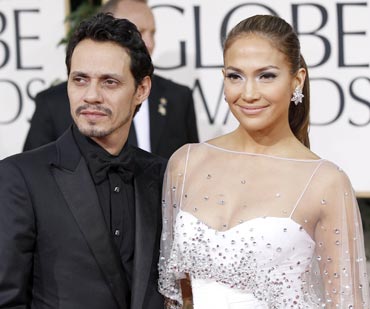 Jennifer Lopez and her husband Marc Anthony have both scored an invite to this year's White House Super Bowl party, a White House aide has confirmed.

The singer-actress, who is also a judge on American Idol, told "Extra" that she has received an invitation.

'I can't believe it!' the Politico quoted her as saying.

'I don't know, maybe that's why I don't want to talk about it. I don't even feel like it's real!' she added.

Is he the next Bond villain? 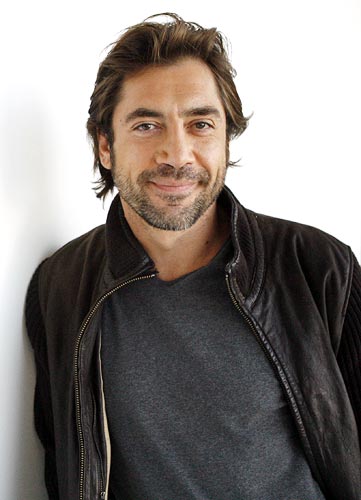 Javier Bardem has confirmed he's in talks to star opposite Daniel Craig in the upcoming 23rd 007 movie, which is due for release in 2012.

The Spanish actor has met with the film's director Sam Mendes to discuss the role, and although he has yet to sign a contract, he reveals he's thrilled about the possibility of joining the James Bond franchise as the latest villain

'I'm a huge fan of the James Bond saga. When I was little, I went watching Mr Connery doing James Bond with my father. Who in the world would think I'd be in one of those movies?... (My conversation with Mendes was) very intriguing... They're changing the whole thing, the whole dynamic,' the Daily Express quoted him as telling the Los Angeles Times.

'I'd be playing Bond's nemesis, yes, but it's not that obvious. Everything is more nuanced... But who knows? Maybe I will go back home saying, ''I have the world in my hands.' Evil can be very seductive,' he added. 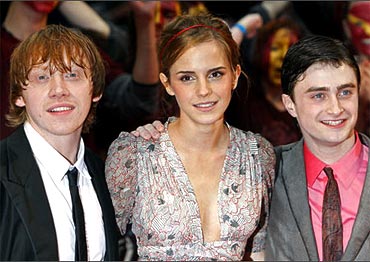 The Harry Potter movies will be honoured at this year's BAFTA awards with an outstanding British contribution to cinema prize, it has emerged.

According to the organizers, Potter author JK Rowling and producer David Heyman will receive the award on behalf of the franchise.

The films have "highlighted the expertise within the British craft and technical industries", BAFTA said.

The 2011 BAFTA Film Awards will be held at London's Royal Opera House on 13 February.

Potter star Daniel Radcliffe, 21, said he had "loved every minute of making these films".

"To me the real heroes are the crew and the huge team of craftsmen that have made all eight of them possible," the BBC quoted him as saying.

"This award is a testament to their incredible work," he added.

Radcliffe's sentiments were echoed by co-star Emma Watson, who said it was "a huge honour".

"Thank you so much BAFTA for this amazing award," added Rupert Grint, who plays Ron Weasley opposite Radcliffe''s Harry and Watson''s Hermione Granger. 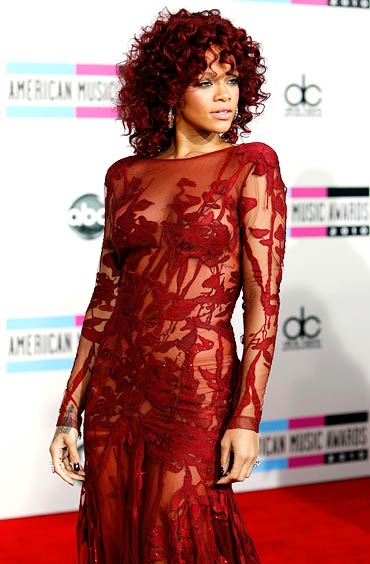 Rihanna's racy new single S&M has been deemed too raunchy for 11 countries.

The music clip to accompany the single has provoked censorship bosses across the world -- and the promo is banned in 11 countries, reports The Age.

It has also been axed from the BBC's daytime radio playlist in Britain.

The song's suggestive lyrics and the accompanying video -- in which the Bajan beauty is seen writhing in latex, tying a man to a bed, and sucking a banana - are already subject to an age restriction on YouTube.com.

And now it has emerged broadcasting watchdogs around the world are clamping down on the track.

Rihanna is seen sucking a banana and leading Perez Hilton around on a dog leash in the clip.

Britain's Daily Mirror reports the promo for S & M has been banned in 11 countries, and BBC bosses in Britain have refused to allow DJs on its flagship station Radio 1 to play the song before 7pm.

'We are waiting for an edited version before deciding whether it will be played in the daytime,' a spokesman told the publication.

In an interview with website Spin, the 22-year-old singer said it had a deeper message than just sex.

'I don't think of it in a sexual way, I'm thinking metaphorically,' Rihanna was quoted as saying.

'People are going to talk about you, you can't stop that. You just have to be that strong person and know who you are so that stuff just bounces off,' she added. 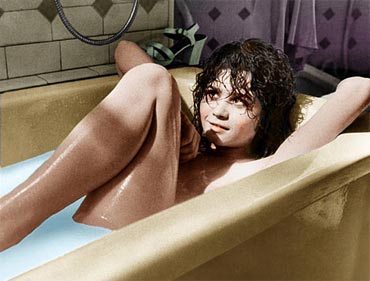 French actress Maria Schneider, best known for playing Marlon Brando's lover in Last Tango in Paris, has passed away in Paris after a long illness. She was 58.

Schneider was born in 1952 to French actor Daniel Gelin in Paris, reports the BBC.

At the age of 19 she was cast opposite Brando in Bernardo Bertolucci's controversial 1972 film.

In the film, she played a young Parisian who embarks on a sexually charged relationship with his middle-aged American businessman.

The film was banned in several countries due to its explicit content.

The actress battled drug addiction in the 1970s but went on to star in mostly low-budget European films.

She was last seen on the big screen in 2008 French film Cliente, about a married construction worker who leads a double life as a gigolo. 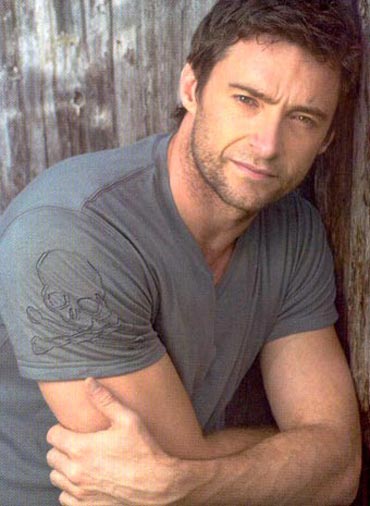 Hugh Jackman has revealed that he is on a high-calorie diet in preparation for the next installment of his hit film franchise, Wolverine.

His director Darren Aronofsky has ordered him to look even bigger than he did in X-Men Origins: Wolverine two years ago.

The 42-year-old Australian is also following an intense fitness regime and has already gained around 20lbs heavier than he was in 2009.

'Darren said with the last one, ''Hey you looked great, but you're so tall that in those long shots you looked kind of like Clint Eastwood, and that's not Wolverine'.

'He said that Wolverine, in the comics, is powerful, stocky...he's short and thick. So he said, ''I want you to go there, get bigger'.

'If I have a massive heart attack, well, you tell everyone what I was going for,' Jackman told the LA Times newspaper.

The actor promises the new film will be "the best of the bunch."

Wolverine is scheduled for a 2012 release.