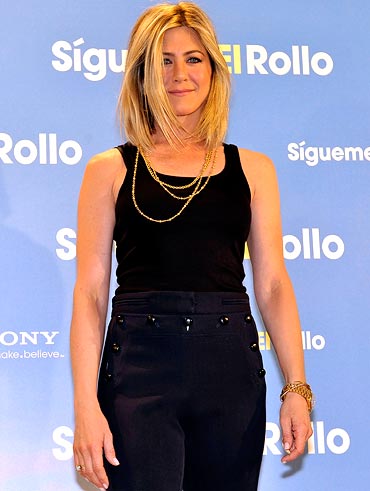 She debuted her trendy new blonde bob at a Madrid photo call for her new number one romantic comedy Just Go With It, where she stars along with Adam Sandler and Sports Illustrated model Brooklyn Decker. Just Go With It releases in India on March 18.

It is not the first time Aniston has cut her hair short. Not long after she married Brad Pitt back in 2000, she snipped her hair in a similar short style.

She recently admitted she was perplexed by all the attention her haircut received during her time on Friends. The Rachel cut -- named after her character in the hit sitcom -- remained popular for years even though the actress only wore the layered style for the first two seasons of the show. 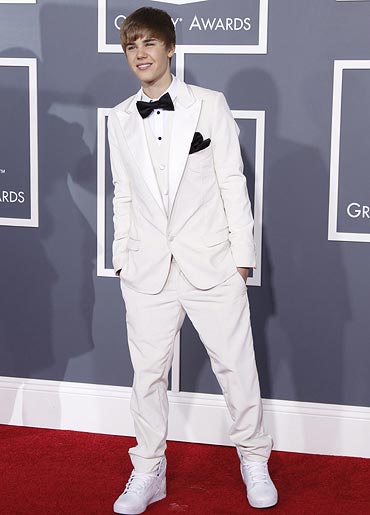 Teen superstar Justin Bieber is to be immortalised with a waxwork at Madame Tussauds in London.

The new figure, which is costing 150,000 pounds to make, will be unveiled next month, reports the BBC.

The waxwork will have taken four months to complete by the time it's launched.

The 16-year-old was in the UK for the premiere of his documentary music film 'Never Say Never' last week and picked up the international breakthrough act at the Brit awards.

Waxworks of Bieber will also be unveiled at the same time at Madame Tussauds in Amsterdam and New York.

"We have been absolutely inundated with requests from young fans from around the world to see him at Madame Tussauds.

"We're sure his fans will be just as delighted as we are that Justin will be joining the A-list here in March," she said.

Justin Bieber will be seen in the interactive music zone alongside stars like Lady Gaga, Amy Winehouse and Justin Timberlake. It's been some time now, but Elizabeth Hurley and Shane Warne's "very public" love story doesn't seem to leave the spotlight or the front pages even for a moment -- but some are left wondering -- is it true love or just a cheap publicity gimmick?

Warne and Hurley have been very vocal about their mutual affection for each other on Twitter, for the rest of the world to see.

'That's what was so extraordinary about it -- just how open they were in their tweeting,' the Sydney Morning Herald quoted Fiona McIntosh, the founding editor of Grazia and now a columnist for the London-based Sunday Mirror, as saying.

McIntosh added that Warne and Hurley seemed to be completely unaffected by with the ongoing phone-tapping scandal -- where some stars jealously guard their privacy, these two don't seem to care at all.

'Maybe they were carried away in the first flash of love. That's what I'm not sure about -- if it was a strategy or not,' she said.

Then mid-December saw a complete silence over Twitter but when Hurley got her new parrot Ping-Pong, Warne tweeted, "I'm getting jealous of ping pong ! Think it's time you left ping pong alone for a while & come visit me in Australia."

And when she did, the media world was abuzz with activity yet again. It seemed that what had begun as something quite ambiguous and haphazard was now being formalised as a media strategy.

Surprisingly, Hurley has been very private about her life -- whether it was ex-boyfriend Hugh Grant's encounter with prostitute Divine Brown or her court case for picture agencies who snapped her, Grant and new husband Arun Nayar while they were on holiday.

'It's a way of beating [journalists] at their own game. By tweeting, you're taking power from the journalist. The biggest bugbear to [celebrities] are stories which are damaging and possibly false. But this way, you eliminate that,' says publicist Max Clifford.

When celebrities reveal intimate details on Twitter, a la Warne and Hurley, "you think: ''This is amazing. We're getting insights into all the dirty laundry our readers want to know about. Oh, but so are our readers.''

As a result, he says, "you're left being an amalgam of stuff that is already out there. Rather like The Week magazine, but for celebrity news."

But he argues, saying, "People will always enjoy seeing a story printed bigger, and delivered with humour and a bit of editorial comment."

But the microblogging site seems to have worked wonders for the couple.

Hurley's Twitter following has almost doubled -- from 50,000 in December to over 90,000 now -- while the new account she set up last week for her pet Ping Pong has already attracted over 3500 subscribers.

Sadly, her relationship with Warne hasn't been so successful. "Happy Valentine's Day!" Hurley tweeted at the end of what turned out to be a disastrous trip to Australia. "Remember, love is like a rollercoaster ride - sometimes it's exhilarating but sometimes u feel sick and want to get off." 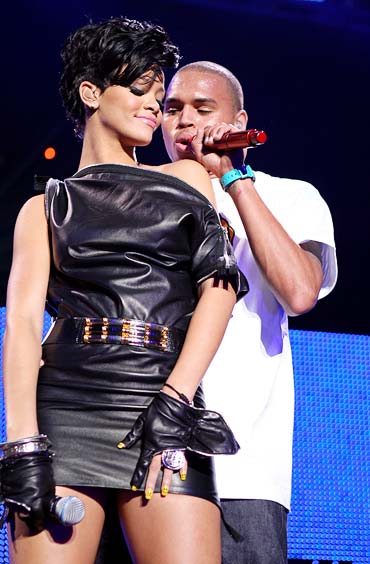 A judge has lifted the restraining order that prohibited Brown from going near the 'Rude Boy' singer, reports TMZ.

Brown appeared in court in downtown LA, where a judge replaced Rihanna's restraining order with a level one order, which means Brown and Rihanna can have contact as long as he does not harass, annoy, or molest her.

Rihanna was not in court but her attorney Donald Etra told the judge Rihanna has no objection to the new order. 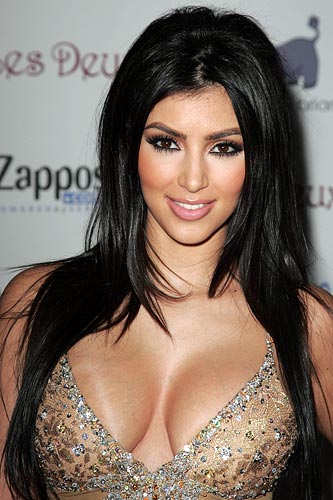 The socialite was fuming after discovering on Monday that an impostor had accessed her page and sent out "fake tweets".

And she's appealed to bosses of the microblogging site to help restore the security on her account.

'My twitter has been hacked! Twitter help!!!! I can sign on from my phone app but nowhere else and see some fake tweets here!' the Daily Star quoted the star as writing on her site.

Her sister Kourtney said, "Some stalker freak loser hacked Kim Kardashian twitter and email... So just beware of her tweets."

Kardashian is the latest celebrity to fall victim to internet pranksters.