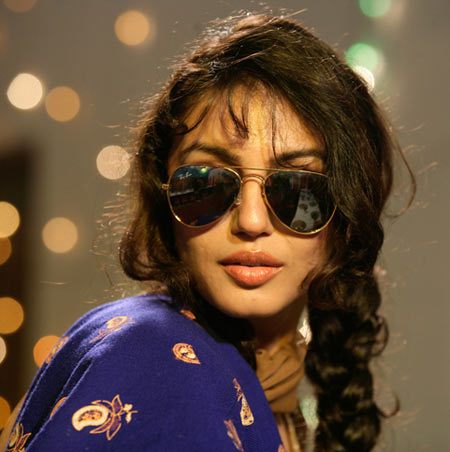 Image: Huma Qureshi
Sonil Dedhia in Mumbai
She may have been featured in television commercials with Aamir Khan and Shah Rukh Khan but for Huma Qureshi it is her recent trip to the Cannes Film Festival that she can't stop raving about.
The actress makes her debut in Anurag Kashyap's ambitious production, Gangs Of Wasseypur which has just had its world premiere at Cannes.
Qureshi, who came to Mumbai four years ago from Delhi, talks to Sonil Dedhia about her Cannes experience, shooting for the film and her Bollywood aspirations.
You are making your debut in Gangs Of Wasseypur which was shown at the Cannes Film Festival
It is a dream debut for me. I couldn't have asked for a better start to my career in movies.
I have always been a fan of Anurag Kashyap's work ever since I saw Black Friday.
When I came to Mumbai from Delhi in 2008, Anurag was right at the top of the list of directors that I wanted to work with. I never thought that it would happen in my first film.
What was the Cannes experience like?
When we started shooting the film, we never thought that the film would be screened at Cannes.
We gave everything to make this film and it's a bonus that the film went to Cannes and was received so well.
I never imagined in my wildest dreams that my first film is going to have its world premier at Cannes. It's like a dream come true for me.
I heard that you almost didn't make it to Cannes?
Yes, actually I was very nervous (laughs). I was shooting for another film in Mumbai, and in the evening left straight for the airport.
My flight to Munich was delayed and I had a connecting flight to Nice. My only memory of Munich airport was clutching on to my bag and jewellery and sprinting from one terminal to another!
Tags: Kashyap , Shah Rukh Khan , Gangs Of Wasseypur , Aamir Khan , Sonil Dedhia

'I wanted to meet Brad Pitt, but that did not happen' 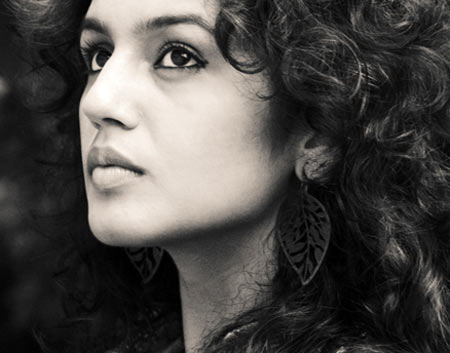 Can you share the experience of walking the red carpet at Cannes?
It's a high to walk the red carpet at Cannes.
It is one of the most glamorous film festivals in the world. I guess it is the only festival that has a blend of commerce, lifestyle and fashion.
On one side we have the film screenings and pavilions where a lot of distributors are selling and buying their films, and on the other hand you have people who at any time of the day are dressed in their best attire.
The Cannes festival is a place where you have to put your best fashion foot forward.
Since the time Aishwarya Rai Bachchan has been going there we all have a huge fascination for the festival.
Were you star stuck?
I was not really star struck but I wanted to meet Brad Pitt. That did not happen (smiles).
I didn't get a lot of time to spend there as I was shooting in Mumbai for a film so I had to rush back.
Maybe next year I might get a chance to go and represent India.
What kind of reactions have you been getting?
The film got a standing ovation and it was really remarkable to see that people sat through it for almost five-and-a-half hours.
Even though the audience didn't understand the language, they smiled and clapped at the right moments.
It's a nice feeling when you see the audience react so positively to a film.
Tags: Brad Pitt , Aishwarya Rai Bachchan , India

'I tease Anurag that Gangs Of Wasseypur is your Dabangg' 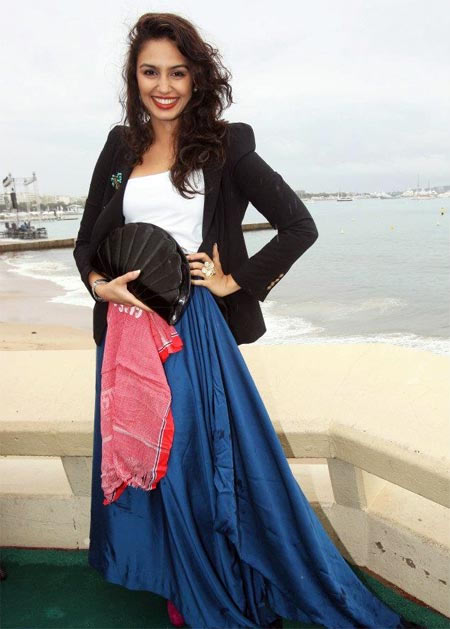 How would you rate your own performance in the film?
I can't do it (laughs). We were all so involved in the making of the film that it is hard to get objective about my performance.
You started off with doing commercials. How did movies happen?
When I moved to Mumbai, I did almost 15 commercials before I got my first break in films.
In fact, I got Gangs Of Wasseypur because of a commercial-- the Samsung mobile commercial with Aamir Khan, which was directed by Anurag Kashyap.
During the shoot Anurag came up to me and said, 'Tu meri next picture kar rahi hai' (You are doing my next film).
I thought he was just kidding but he kept his word and offered me the film.
What was it like working with Anurag Kashyap?
I tease Anurag that Gangs Of Wasseypur is your Dabanng. It's a full on masala potboiler. From romance to action to songs and dancing, it has everything that a film requires.
Anurag is a very spontaneous director. As actors there are times when we don't know how we are performing but he instills so much confidence.
He gives you the freedom of improvising on the sets. It's great to have a director like Anurag who trusts your instincts and gives you a lot of opportunities to learn.
I am a very nervous actor but he really helped me a lot.
Do you remember the first scene that you shot for the movie?
The first scene that I shot was for the second part of the film. There is an interesting story behind the shot.
We were shooting in Uttar Pradesh and Anurag had come to Mumbai for some work so one of the assistants was going to shoot the scene because it was a very simple shot.
I felt betrayed that I got my first film with Anurag and he wouldn't shoot my first scene.
Luckily, things got delayed and he came back in time for the shot.
I was getting ready in my vanity van when Anurag came in and gave me a pair of fake Ray-Bans. He said that it was going to be part of my character.
He slowly and gradually developed my character brick by brick.
Tags: Anurag Kashyap , Dabangg , Dabanng , Mumbai , Uttar Pradesh 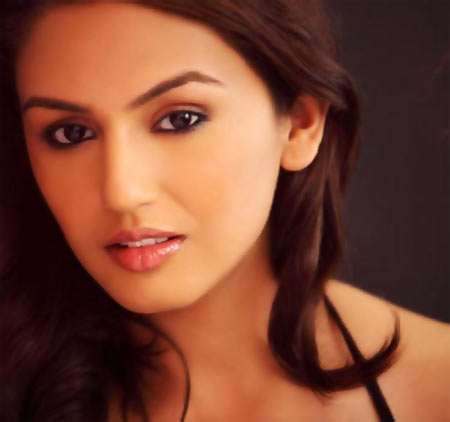 Was it difficult to adapt to such a big film especially on the first day?
I was very nervous. I had to work with the likes of Manoj Bajpayee, Nawazuddin Siddiqui and a lot of other talented actors who were all trained theatre actors with a wealth of knowledge.
Let me also tell you, Gangs Of Wasseypur is not an easy film to shoot. It is like a Muslim mega Mahabharat. My co-stars and Anurag were very supportive and made me feel very positive.
You play a character who thinks she is the Madhuri Dixit of Wasseypur.
The interesting thing is that when we started off, we never planned that my character would be taking that route.
My character, Mohsina, is very vain and an air-head who is not educated. The only thing in her life is that she is obsessed and in love with a character in the film.
She is very inspired by cinema as she watches a lot of films and gets inspired by some actresses.
When was the first time you thought you wanted to become an actress?
I always had the desire to act. My parents always thought that I would do something academic in life as I was a nerd and a bookworm and I did brilliantly well in my studies.
My mother wanted me to become a doctor. I was drawn towards literature and performing arts. I didn't have the confidence to become an actress.
I was an obese, simple, middle class girl with no film connection. I had done a lot of theatre during my school and college days, which set the spark, and I thought there is a chance.
Tags: Madhuri Dixit , Nawazuddin Siddiqui , Manoj Bajpayee , Mohsina , Muslim 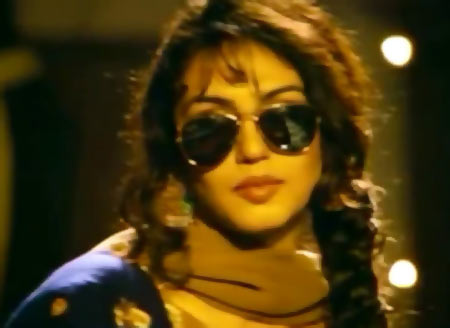 Were your parents apprehensive about your decision to become an actress?
Yes, initially they were a little apprehensive. When I discussed it with my father, he threw a fit and straightaway said 'no'.
Over a period of time I convinced him and he gave me permission to come to Mumbai in 2008 and try my luck for a year. Luckily, I got a break in advertisements.
You are also doing an item number in Freida Pinto's next film Trishna.
Yes, I have already shot for the item number.
Michael Winterbottom directs the film and Anurag Kashyap, Kalki Koechlin and I have done a cameo in it.
Freida Pinto's character in the film wants to become a dancer and my character is with her in the dancing academy. I am performing with around 40 people.
Michael is a very renowned director and it would be foolish on my part to give up such a huge opportunity.
I have never done an item number before so it was a lot of fun shooting for it as it is quite an unconventional number.
You have already started shooting your next Ek Thi Dayan opposite Emraan Hashmi. Tell us more about it.
He is a fantastic co-star. He is very professional and he is doing some exciting work right now.
He is definitely one of the more exciting actors at the moment. I am glad I am a part of the film, which is associated with the likes of Vishal Bharadwaj, Ekta Kapoor, Kalki Koechlin.
On a lighter note, did you ask Emraan whether there is a kissing scene between you?
(Laughs) You will have to wait for Ek Thi Dayan to see that.
Tags: Kalki Koechlin , OMichael Winterbottom , Trishna , Freida Pinto , Emraan Hashmi
More