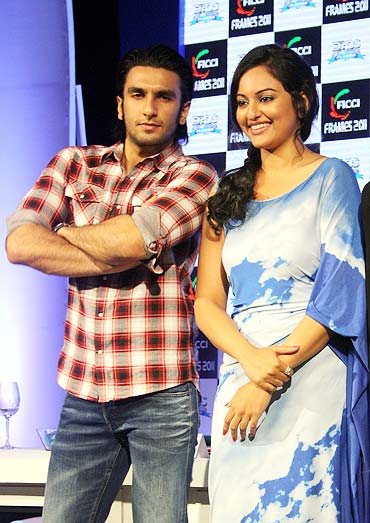 It was the day of the debutants at FICCI Frames 2011; the subject under discussion -- Successful Film Content for the Future: Rise of the Debutants.

Initially dismissed by most because of his ordinary looks, Ranveer had just one message for the youth: "Initially, I had to face a lot of struggle and deal with a lot of failure. But failures are a part of life. Ultimately, if you are passionate and ready to work hard, it will always pay off."

The actor also lifted the veil off the casting couch. "I wouldn't completely deny that the casting couch exists in Bollywood. I have come across a lot of casting agents and wannabe directors who do it, but thankfully I have never witnessed it."

He said these things happened in smaller production houses and not with established ones which have a reputation no one would like to mess with.

'The biggest challenge for any newcomer is sustaining in the industry' In a film that was meant to be an out-and-out Salman entertainer, debutant Sonakshi Sinha easily made her presence felt.

Despite sharing the screen with the charismatic Khan, Sonakshi oozed confidence. But the pretty lady revealed she was nervous as being a star kid came with its own disadvantages.

"Unlike Ranveer who had to go through a lot of screen tests, I didn't face any such difficulty," she said. "But dealing with expectations was very difficult. After Dabangg, people did started believing in me and my acting. The biggest challenge for any newcomer is sustaining in the industry." 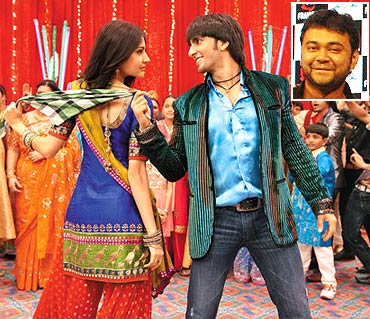 Band Baaja Baarat was one of those films that come out of nowhere and become a commercial success.

The film's director, Maneesh Sharma said the backing of a good production house was the biggest asset for a new director.

"I was lucky that YRF backed my film," he said. "Today, so many good films do not get released due to certain wrong decisions taken by the production house."

'As a director, I was convinced my film was for a very niche audience' 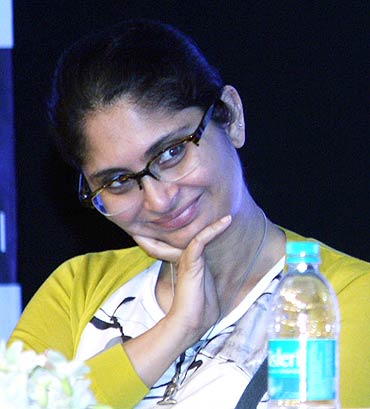 Kiran felt directors today were open to experimenting with the kind of subjects they were offering the audience.

"Bollywood is going through a phase where directors are breaking new ground and offering something unique. Tere Bin Laden, Band Baaja Baraat, Do Dooni Chaar, Udaan and so many films last year were uniquely different from each other."

Kiran added, "As a director, I was convinced my film was for a very niche audience. I am glad I was able to do justice to it."

'There is a huge myth that for a film to work, you need to work with big stars' 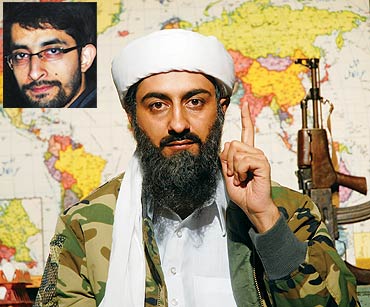 Abhishek Sharma, whose small budget Tere Bin Laden turned out to be a commercial success, felt it all boiled down to the content of the film.

"There is a huge myth that for a film to work, you need to work with big stars. I was able to convince the audience without having any big stars was because the content of my film was convincing enough to get the audience to the theatres. I would just like to say that content is king."

'Producers need to know their market' 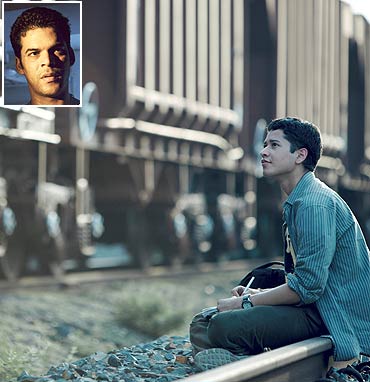 Vikramaditya Motwane, whose critically acclaimed film Udaan released the same week as Tere Bin Laden, pointed out that production houses needed to know where they were investing their money.

"Producers need to know their market, the budget constraints and the target audience which will help them do viable business. Also, decisions like how many prints should be released and other critical decisions are very important for a film's success."