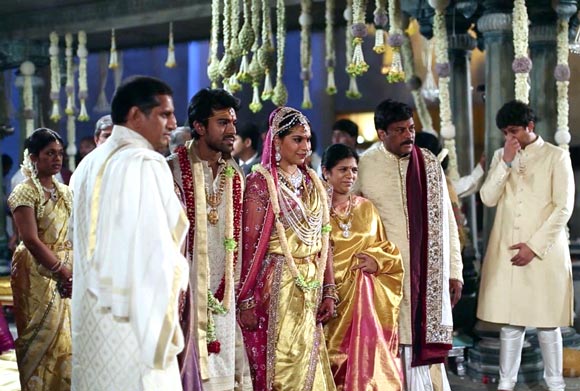 Priyanka Chopra tweeted: 'Here's wishing a very happy married life to my Zanjeer co actor Ramcharan and his beautiful better half Upasana!wish I cud have been there! Congratulations to my favourite Chiranjeevi sir!! Naach gaana full on in Hydrabad!!!'

Rana Daggubati, on the other hand, shared a picture of him from the ceremony and wrote: 'Ready for @Alwayscharan's wedding!! Here's a pic of Bunny and me on our way to the wedding!!'

Amy Jackson tweeted: 'Although I'm loving London, I wish I could of been home for my lovely co-star's wedding! Lots of Love & Luck for the future Charan&Upasana x.' 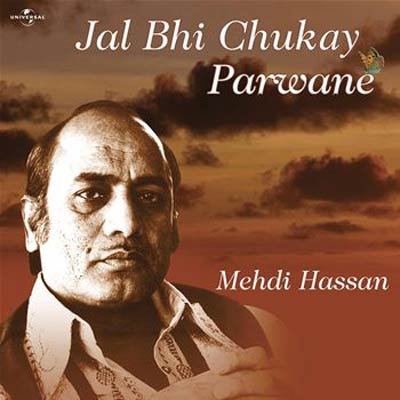 Poignant tributes continued to pour in for legendary singer Mehdi Hassan who passed away yesterday.

Amitabh Bachchan tweeted: 'Deeply pained to learn of the passing away of Mehndi Hasan, in Pakistan .. a vocalist of immense fame and unique sonorous voice .. Mehndi Hasan, an entire era of soulful ghazal singing, gone .. now left with beautiful memories and personal meetings with him .. Mehndi Hasan once told me, he came from humble beginnings, and used to train and sing to the tone of the tractor sound in the fields'

Sonu Nigam tweeted: 'The Tall Stallwart of Ghazals Mehdi saheb finally left us. May his soul rest in peace. He suffered for last 12 years but has lived his life like an Emperor. The legacy he has left is incomparable to any. And he's loved me whenever we met, immensely. Till we meet again Sir.'

Mini Mathur wrote: 'Every evening, your voice would softly waft thru our home. Too many happy childhood memories strung together by your music. RIP Mehdi Hassan.'

Pakistani singer-actor Ali Zafar tweeted: 'Mehdi Hassan moves on & lives forever. Leaving us with a legacy of music,magic,memories and so much more than words can describe. In my opinion, govt should build an institution on his name to continue his legacy through young/aspiring and established singers/musicians.'

Ritesh Deshmukh and Tusshar Kapoor are back with the sequel of their hit comedy movie Kya Kool Hain Hum.

While its theatrical trailer is already out, filmmaker Karan Johar is in love with the latest song Dil Garden Garden Ho Gaya from the movie.

‏'Crazy...whacky and superkool song from Kya superkool hai hum!!!! KSKHH....watch it!!! Its loads of fun!!!!' Johar tweeted with the video.

Oscar-nominated actress Isabelle Adjani is in Mumbai to shoot for her first Bollywood film -- Preity Zinta's Ishkq in Paris.

Madhuri Dixit, on the other hand, is practicing for her dance sequence on Jhalak Dikhla Ja 5. 'Practicing 4 my dance number 4 u on Jhalak! Hope u like it. Meanwhile shooting for Jhalak episode tomorrow. Looking fwd to it!' she wrote. 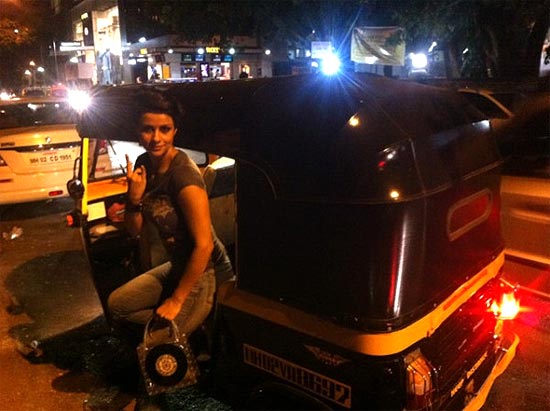 Actress Gul Panag arrived in a rickshaw for the premier of Rock Of Ages. 'On my way to the premiere Rock Of Ages . Running late so resorting to the quickest mode of transportation - 'auto' ,' Panag wrote with the picture.

Bipasha Basu shared a picture of her look from the sets of Singularity. 'On set of Singularity!London!' she tweeted with the picture.