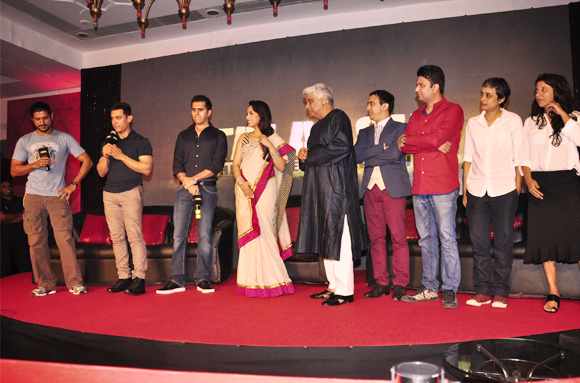 Even as Kareena Kapoor was enjoying her lavish wedding reception in Delhi, her Talaash co-stars Aamir Khan and Rani Mukerji were busy launching the music of their film at a suburban hotel in Mumbai.

The organisers recreated Hotel Lido at the venue, a red light area in the film. For those who don't know, Kareena plays a sex worker in the film. 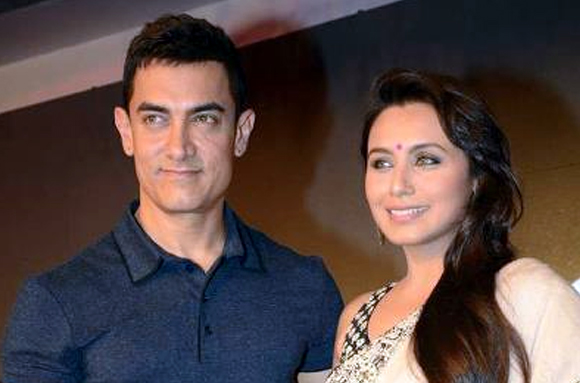 Aamir, who is currently shooting for Dhoom 3 in Chicago, flew down especially for the music release.

He plays a cop in the film, and claims that he did not want to compete with any actor, who have played a cop earlier.

"I don't want to compete with anyone," Aamir says. "Ajay (Devgn), Salman (Khan) and Akshay (Kumar) have been cops earlier but this is different. My character is not like Chulbul Pandey (from Dabangg), who was very entertaining. Talaash is not an out-and-out entertainer but I liked the script. The film is not a thriller, it's a suspense drama."

Aamir has played a cop before in Baazi and Sarfarosh.

Farhan: I am a huge fan of Aamir Khan's acting 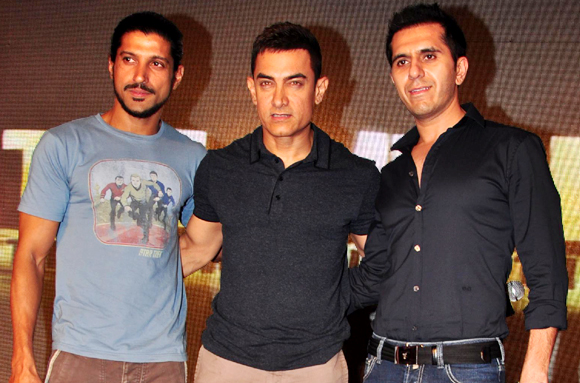 Earlier, reports suggested that the music launch would be held in a red light area of Mumbai but the idea was eventually scrapped.

"It was one of the ideas but we felt it would be insensitive as we didn't want to use anyone's misfortune to promote our film," Aamir said.

Rani Mukerji, who latest film Aiyyaa was a dud at the box office, plays Aamir's wife in Talaash.

Reema Kagti: It has been my dream to work with Aamir 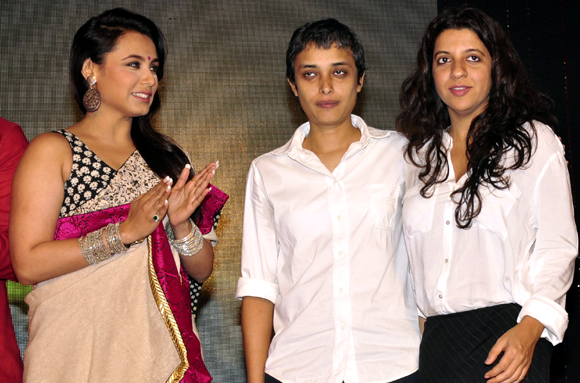 Producer Farhan Akhtar claimed he had always loved Aamir as an actor.

"I am a huge fan of Aamir Khan's acting. He is a brilliant performer. I was returning from Delhi last night and they were showing Dil Hai Ki Maanta Nahi (on the flight). I saw that after such a long time. Aamir is a brave producer as well, who takes risks with the kind of films he makes," he said.

Director Reema Kagti stated that Aamir had given a lot of creative inputs in the film, which she appreciated. "It has been my dream to work with Aamir. He has given a lot of creative inputs, which I appreciated. But he has always been very respectful to my image of the film. Rani and Kareena are more experienced than me and I am grateful that they let me direct them," she said.

Talaash will release on November 30.