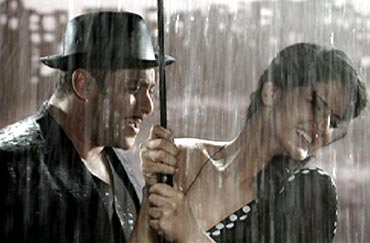 Image: A still from Ready

Parodies of the legendary retro era have been extremely popular in Bollywood off late. And rightfully so. If executed properly, these 'tributes' make for supremely entertaining sequences and have a history of developing a sort of a cult following of their own.

Here, then, we present some of the best on-screen tributes we've seen in the recent past:

In Salman Khan's recent superhit, the actor takes his Veer heroine Zarine Khan for a trip down memory lane as he doffs his hat to classic films like Barsaat, Mughal-E-Azam and Sholay in the song Character Dheela.

It's sweet but the dheela-ness of the song makes this more spoof than homage. 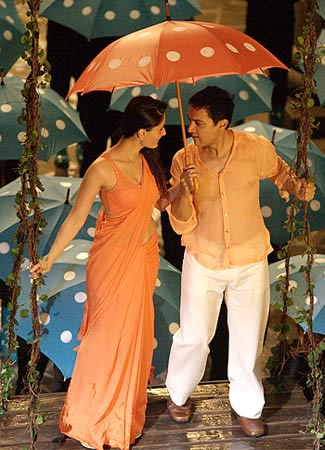 Image: A still from 3 Idiots

It isn't saluting any one song in particular, but Rajkumar Hirani's 3 Idiots had a song called Zoobie Doobie where Aamir Khan and Kareena Kapoor go all retro, channelling the films of Guru Dutt, Raj Kapoor and even saluting Vishal Bhardwaj's fantastic Blue Umbrella. 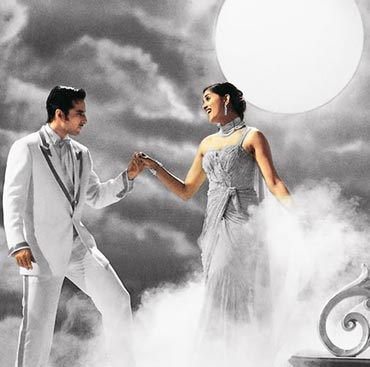 One of the most memorable song tributes we saw was Woh Ladki Hai Kahaan in Dil Chahta Hai, when Saif Ali Khan and Sonali Kulkarni see themselves in all kinds of movies.

Kulkarni clearly spoofs different actresses (most memorably Madhuri Dixit, dhak-dhakking) while Saif takes on testosteroney hero roles he was never any good at. 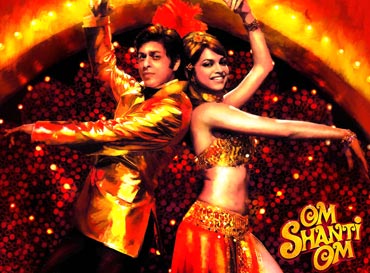 There are tributes galore in all of Farah Khan's films, but the Deewangee song in Om Shanti Om (that featured almost every Bollywood actor!) has to be singled out because it is a clear echo of the star-studded John Jaani Janardan number in Naseeb.

Farah, a longtime admirer of Manmohan Desai, pays tribute to him whenever she can, but this is one of the most spectacular examples. Ranbir Kapoor played casanova in Bachna Ae Haseeno, with each girl in his life showing up as a different chapter.

The Yash Raj film didn't have to look much further than their own Dilwale Dulhaniya Le Jaayenge, as the Minissha Lamba chapter was completely and utterly DDLJ redux. 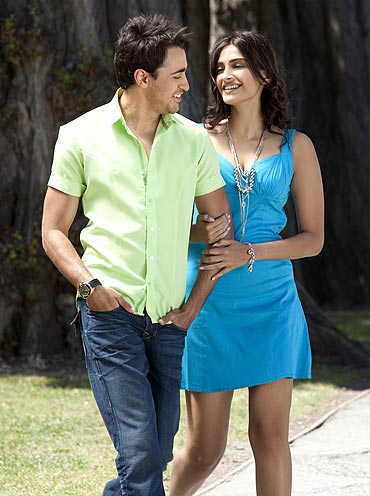 Image: A still from I Hate Luv Storys

Director Puneet Malhotra's film is about an assistant director who can't stand love stories, falling head-over-heels in love with a girl crazy about them.

Many films are parodied in the process, like Saawariya, but nobody is skewered quite like the film's own producer Karan Johar, a version of whom is played by Samir Soni. 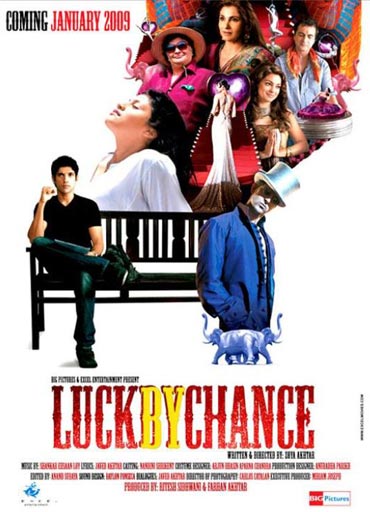 Zoya Akhtar's clever debut film Luck By Chance is an intelligent look at Bollywood and all its trappings, and while there is much to point at and giggle, the best tribute perhaps is with the character of Rishi Kapoor, playing a caricatured version of Subhash Ghai.

He's a funny character, but, as the films bleeds on, wins our heart. Well, enough of it, anyway. Image: A still from Dev D

Everybody loved the Emosanal Atyachaar song in Anurag Kashyap's Dev D, but few noticed the fact that the song starts with the words 'Ek do teen chaar chheh,' counting from one to six but crucially skipping over the five -- a hat-tip to Anurag Kashyap's never-released first film, Paanch.
More