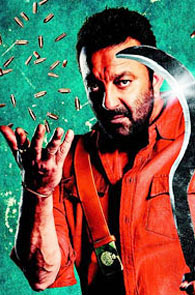 A cluster of Sanjay Dutt’s photographs from childhood, with family, from photo sessions and movies merge to form his name in the opening credits following a note of gratitude by the makers for his cooperation in completing the film during trying times.

Before the goodwill behind this gesture can register, the hero makes his entry -- splashing his face with beer, mixing his idli with beer and washing his hands with beer because, apparently, ‘Beauty lies in the eyes of the beer holder.’

If the daftness sounds familiar it’s because the dialogues are formulated by the same duo responsible for two previous monstrosities of this year (Himmatwala, Chashme Baddoor) -- Farhad and Sajid.

Immediately after a stout, dishevelled, puffy-faced, snoozy Dutt transforms into an uninspired version of Singham Rathore Pandey hurling a batch of savage goons in mid-air like freshly-made popcorn.

As if Amar Mohile’s loud-enough-to-turn-anybody-deaf background score isn’t emphatic enough, Dutt thumps his chest vigorously to introduce himself as DCP Rudra, the newly transferred cop of Nagapuram town who is ‘born in Mumbai, raised in India.’ He’s the proverbial cross between Shahenshah and Chulbul Pandey, the lawman with dubious methods but Robin Hood’s heart.

Only here the experience is akin to watching one of those dubbed-in-Hindi South Indian films regularly aired on television headlined by a Bollywood mainstream hero.

Whereas those are at least mildly amusing, K S Ravikumar’s remake of Tamil hit Saamy is so hopelessly timeworn, neither its jaded leading man nor its crummy screenplay can salvage this mess no matter how many men Dutt hurls in the sky.

What’s bizarre is just how much the 53-year-old actor resembles his Munnabhai series filmmaker Rajkumar Hirani in that thick moustache as he takes down everything illicit and immoral with a blaring chant from Bhagavad Gita playing in the background. He’s miscast in a role he could've done justice to till all the extra kilos piled on and robbed the Dutt of his deadliness.

Policegiri was never expected to make sense but it’s the serious lack of charisma and the cringe it induces on seeing him romance an almost three decades younger Prachi Desai that spoils its chances even further.

Even the actors playing Desai’s parents look younger than Dutt, it’s like Yalgaar all over again. Pity considering Dutt has never shied from playing daddy to Hrithik Roshan or Minissha Lamba in films like Mission Kashmir and Kidnap.

Tacky production values (during one of the song picturisations, Dutt and Desai appear superimposed against a stack of desktop wallpapers) and fatuous showdowns make Rudra’s bam-wham-packed fight for justice seem longer than its 141 minutes running time.

At one point your head pleads louder than Mohile’s ceaseless cacophony to grab hold of that Tiger Balm bottle on Om Puri’s (wasted in a two minute role) desk.

Plots with threadbare logic rely too much on larger-than-life heroics to draw its target audience in. But none of Dutt’s swagger is blustering enough to put up with a film as deafening, dowdy and drudging as Policegiri. 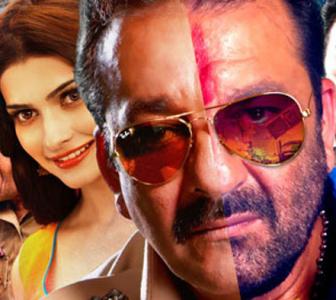 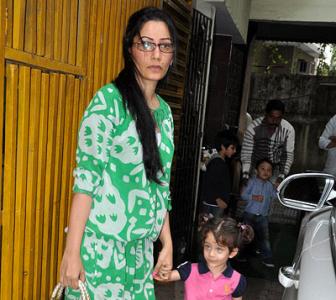 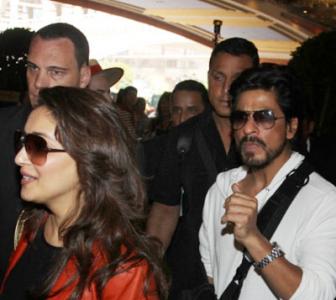 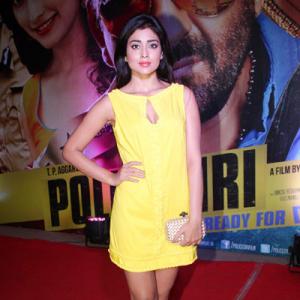 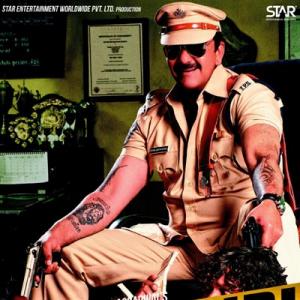