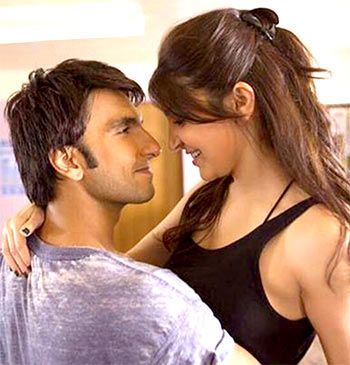 Dil Dhadakne Do unravels like an entire season of soap opera condensed into a nearly three-hour movie, writes Sukanya Verma.

Preserving wealth is a lot of hard work. When a man has laboured life long to project enviable luxury, it’s essential that he appears to relish it with his family and flaunt it among his friends.

Footing in a large bill every single day for a group he requested to come along on a scenic Mediterranean cruise to celebrate his 30th wedding anniversary, Kamal Mehra (Anil Kapoor) feels the pinch of keeping appearances.

A self-made billionaire, he’s still in touch with his middle-class values when it comes to matters of the money. Everything else is as superficial as it gets -- be it his jaded marriage to ace cupcake-chomper Neelam (Shefali Shah), his tediously old-fashioned expectations from kids Ayesha and Kabir (Priyanka Chopra, Ranveer Singh) or his relationship of convenience around his equally catty tycoon friends.

Zoya Akhtar’s breezy outlook and aversion for melodrama are something I’ve constantly appreciated in all her previous films.

Her latest Dil Dhadakne Do retains this virtue whilst exploring the woes of well-heeled lifestyles without turning them into caricatures of a dysfunctional family.

Farhan Akhtar’s pat dialogues contribute significantly -- they’re the best takeaway from this cruise confection. As is the spot-on timing they’re delivered in.

In one fine scene, Ayesha is discussing incompatibility issues in her marriage with her mother. The latter brushes it off arguing how her husband (Rahul Bose) provides her with everything she needs. And there you have it -- “Aisa tha toh phir meri mall se shaadi kar dete (If that was the case, you should have married me to a mall?”

In another, a hysterical Kabir goes on a spontaneous spree of puke-themed jokes ranging from ‘Vomatino’ to ‘Louis Vomiton.’

One cannot say the same about the voiceover provided by Aamir Khan for Pluto Mehra, the darling mastiff pet of the Mehras. His sagacious captioning of scenes (in Javed Akhtar’s words) robs Dil Dhadakne Do of much of its delicacy and caters to Bollywood’s annoying tendency to ‘see, what just happened there?’

For a script that’s bold enough to sail without a plot, simply as a whimsical slice of freewheeling vacation and untapped impulses, Dil Dhadakne Do is surprisingly stale in fleshing the circumstances of its protagonists.

Bickering parents, daughter trapped in a loveless marriage, son whose heart is not in running the family business, progressive ex-flame around the corner, free-spirited Londoner facilitating a long-due coming-of-age, competitive uncles and their matchmaking-obsessed wives -- all these are lamentably one-note or familiar facets from her past work.

It's an eclectic group of impressive actors led by Anil Kapoor, Ranveer Singh and Shefali Shah, making sure they own their respective parts.

Right from the moment Kapoor delivers his first punch line clad in a pair of spiffy golf pants to the final scene seizing his vivacious, winsome grin, he crackles the screen with his portrayal of a deliciously calculating Punjabi patriarch.

Alternately refined, bumbling, rascally and vulnerable, Kapoor is the life of Zoya’s opulent multistarrer. Though unfairly neglected to highpoint her livewire co-star, Shefali bites into the part of his disenchanted sounding board just as avidly as her diet in the movie.

I’ve always found Ranveer Singh’s excessive energy to be a major deterrent but here he contains it so deftly making his low on ambition, dry-humoured albeit tender Kabir a delight to watch. Easily his most realised, assured and nuanced delivery.

Priyanka Chopra’s Ayesha invites judgement in her submissiveness and silence as a self-deprecating achiever who allows her husband to think he ‘allows’ her to work. All the more so because she doesn’t look the part even if her chic styling is right on mark.

Also cast against type, Rahul Bose has more success in getting the tone of his chauvinistic mamma’s boy (a terrific Zarina Wahab) just right.

Farhan Akhtar and Anushka Sharma remain at the periphery triggering romance, realisation and rebellion into the complex Mehra kids. Even if their role isn’t as meaty, their lovely, likeable persona infuses quick, believable chemistry.

There are occasions when Zoya digs into their darker spaces -- pity sex, history of infidelity only to retreat back into the safety of all that is cosmetic, chirpy just like the Mehras.

Clearly, the leisurely-paced family dramedy isn’t in a rush to get anywhere.

Unfortunately, it doesn’t lead up to anything distinct. Despite all the gyaan Pluto belts out, the movie wraps up hastily in a rather unfulfilling, problematic manner. Except that the actors play out the ensuing irrationality with such infectious gusto, it doesn’t bother straightway.

Zoya Akhtar’s Dil Dhadakne Do unravels like an entire season of soap opera condensed into a nearly three-hour movie that observes the clichés surrounding the affluent through wit and warmth but is, ultimately, too facile to rise above the charming fluff. 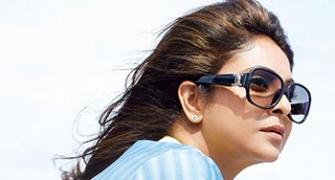 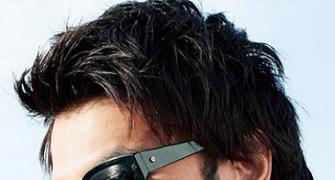 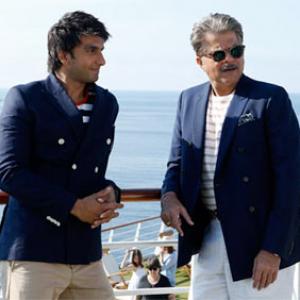 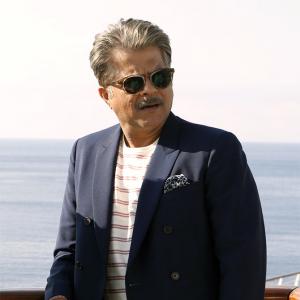