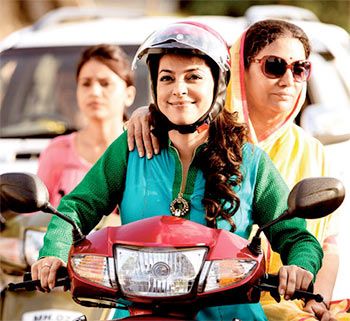 Mistaking intent for quality, Chalk N Duster’s greatest drawback is that it tries to take the high moral ground without substantiating its material or projecting the least bit of depth, feels Sukanya Verma

Teachers play an irreplaceable role in every child’s life. They not just impart education but see a spark in raw minds, hone its potential and believe in it when no one else will.

Of course, there are also haughty teachers who will ruin a kid’s confidence and torment them unreasonably in the name of discipline.

But Chalk N Duster isn’t concerned with the latter variety or even advocating literacy. Its prime aim is to highlight the plight of overworked, underpaid schoolteachers and the need for substantial perks or privileges.

A respectable enough idea that would make for a compelling viewing under better hands but director Jayant Gilatar’s sloppy ‘tribute’ never ever develops into anything noteworthy.

Shabana Azmi’s Vidya Sawant, who plays a committed Mathematics teacher in a private school, is the sort of life-altering ideal, students are likely to remember and revere till the end.

Her close colleague Jyoti (Juhi Chawla) specialises in Chemistry and mimicry, which she doesn’t teach but appears to be her only distinguishing attribute in Chalk N Duster’s loose narrative.

As the proverbial thorn in this rosy picture, Divya Dutta’s ambitious, vicious supervisor Kamini Gupta conspires along with one of the school’s dim-witted, boorish trustees (Arya Babbar) to take over (an utterly graceful) Zarina Wahab as principal and revamp the institute into an upmarket, exclusive brand by giving hell to its qualified tutoring staff.

Basically it’s goodbye chairs, complimentary tea. Ideally, such injustice should hit a poignant nerve but Gilatar’s ‘saas-bahu’ treatment of the tamely written face-offs between the harassed teachers and the tyrant principal or her toady, accompanied by a blaring, ill-fitted background score renders it absurd.

One minute we are subjected to prolonged scenes of exhausted teachers, next there’s abba-jabba-dabba fame’s Upasana Singh fantasising about giving a black eye to the rude supervisor.

There’s also this strange obsession with Gujarati characters and language, which means the Prime Minister of India will invariably find a mention. (There’s even a picture of him in the teacher’s staff room.)

What’s clumsier is the contrived route it takes to heighten the impact of its sanctimonious viewpoint and provide quick fixes. Mistaking intent for quality, Chalk N Duster’s greatest drawback is that it tries to take the high moral ground without substantiating its material or projecting the least bit of depth.

There are stray moments when Chalk N Duster demonstrates the kind of film it could have been. Like the powerful outburst scene where Shabana Azmi blows up Divya Dutta’s inflated ego into smithereens or Juhi’s passionate appeal seeking Arjuns to come to Dronacharya’s rescue on television and most consistently Divya Dutta’s delightful hostility.

Despite those hideous wigs and tacky clothes, Dutta exudes a chilling callousness and shrewd confidence that almost makes you blind to partner-in-crime Arya Babbar’s exasperating presence. Others like Jackie Shroff and Richa Chadda are wasted in wishy-washy roles that don’t add up.

Still, if any of this helps the cause of teachers, good for Team Chalk N Duster. Where movie making is concerned, Gilatar needs to start on a clean slate. 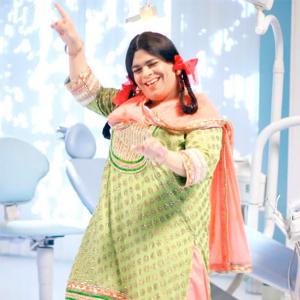