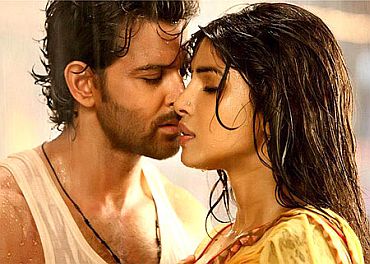 The makers of Agneepath should have just called it Dharmapath, writes Sukanya Verma

The name, the man, the voice, the aura bears a lot of weight, the kind that's impossible to measure. Or live up to. A multitude of films, including Mukul S Anand's Agneepath, celebrate this indescribable draw he enjoys enhanced through sharply-written scenes and/or technical wizardry.

Not everyone has such resonance among the audience. Realising this inadequacy rather humbly, the makers of the new Agneepath take an altogether fresh approach to its 22-year-old source. Remakes, however, are a slippery territory. They invite inevitable comparison and yet aspire for an exclusive identity.

Moreover what can possibly work in place of Bachchan and his trademarks in an old hat plot riding on themes like Baap ka badla and Maa-bahen ki izzat? The answer is two massive, hysterical villains. Dharma Productions' Agneepath redux, to be fair, belongs to Rishi Kapoor and Sanjay Dutt.

Danny Denzongpa's Kancha Cheena was a picture of suave menace operating as a drug king pin with a businessman's objectivity. Dutt's version is akin to a dark creature, a philosophy-spewing psychopath with a severe complex about his daunting looks (a startling cross between Smeagol and Voldemort) and an innate proclivity for disturbing punishment.

The Khalnayak star's sheer enormity as the eerie, relentless giant evokes the memory of an entire generation of exaggerated, loony, bombastic villains defined by fierce get-ups and ominous cackle. But there's a glint of sly evil that transcends the superficial when he smiles greedily or by design that makes every bit of this madness worth it.

But it is Rishi Kapoor's wily turn as Rauf Lala, representing the collective villainy of Terelin, Usman and Shetty, that is the greatest revelation of this piece. He has done some awe-inspiring work in the last couple of years (Luck By Chance, Chintuji, Do Dooni Chaar) but nothing tears down his sweater-clad lover boy reflection like Agneepath.

If it takes four decades for an actor to surprise us like this, so be it. As the tawdry mobster dealing in drugs and auctioning young flesh, Kapoor is uncharacteristically unkind, unapologetically filthy and, most important, so bloody convincing.

Like its original, Agneepath is loud and lengthy revenge sage. And while not as blood-soaked or explicit, it bombards the screen with its escalated, larger-than-life tone, vivid colours and robust imagery.

First-time director Karan Malhotra, along with co-writer Ila Bedi Datta, do away with a bunch of characters like the ones played by Mithun Chakraborty, Goga Kapoor, Sharat Saxena and Deepak Shirke to converge the plot around Hrithik Roshan, Dutt and Kapoor. In place of treading on the first one's revealed structure, they dwell on its subtext, like Vijay Chauhan's (Roshan)  entry and emergence in the world of crime and his rationale behind avenging his father's brutal murder.

For all his Robin-Hoodness, the revised Vijay is much more calculating, coldblooded, bumping off every obstacle in his way (adhering to the Idhar har taaqatwar apne se kam ko maar ke jeeta hai aphorism of Mukul S Anand's protagonist) and sans any reservation towards drug peddling. This story ploy, of Vijay's slyly shifting motives, results in some fine, unpredictable moments in the film.

That said, Malhotra doesn't shy from recreating the original's most iconic dialogues in such exciting fashion, it's most befitting. Both integral moments -- the legendary, Vijay Dinanath Chavan, poora naam introduction as well as the recital of Dr Harivanshrai Bachchan's poem inspiring the film's title are venerated with panache and dignity.

The return to Mandwa is nostalgic. But there is discontentment too. Often you do miss the bite of Kader Khan's quotable quotes, the sting of his inimitable, grand metaphors in the conversation. One of the most breathtaking scenes of the 1990 edition involving riot, chaos and mud-fight in the heart of Mumbai slums, loses its impact in a diluted reproduction of the same scenario.

The weaknesses of the original are the failings of this one too -- songs, women and Gaitonde. Read on:

Agneepath never had any room for merriment. The romance track between Mithun and Neelam was most grating. Here too, Priyanka Chopra pops in and out to fill the void created by Krishnan Iyer, MA's absence in Madhuri Dixit's hand-me-downs from Prem Pratigya, a flaky sense of humor and a reliable stockpile of standard Bollywood heroine expressions -- giggle, pout, sulk, sing and sob. While on glamorous aspects, let's not forget Ajay-Atul's reworking of Kombdi palali aka Chikni Chameli.

Sure, it's on the catchy side but the sight of Katrina Kaif batting with her butt is too much aggression for one day.

The mother-son relationship that was a focal point in much of Agneepath doesn't get too much screen time here. Zarina Wahab's Suhasini, thankfully, doesn't shove her morality-driven ideals down our throat and while Vijay seeks her warmth, his vengeance doesn't quite seek any approval.

And Om Puri as Commissioner Gaitonde is even more dreary and irrelevant as Vikram Gokhale. But he doesn't have too many scenes and you get over it without much ado. I much preferred the simplicity and uninhibited delivery of the kids playing a young Vijay, Shiksha and Kaali over these veterans.

Only wish Malhotra had been more careful with his detailing. How does a brown-eyed boy grow up to have a glistening pair of greenish-yellow ones as a grown up? Agneepath is inspired by Mukul Anand's gritty take on retribution but its sensibilities are closer to full-on potboilers like Ram Lakhan, Sadak and Karan Arjun.

For the Vijay Dinanath Chauhan, you and I know, would never have danced. No matter how good a dancer the actor playing him. Hrithik Roshan doesn't have the magnetism or gravity of Bachchan. He plays Vijay like a boy. AB played him like a man. But, BUT, he has the physicality of a mega star and astuteness of an actor who knows how to use his anxiety, ire and vulnerability to its fullest potential.

And he does just that, pays a tribute instead of making the colossal mistake of embodying the established and esteemed.

To me, that's exactly how Agneepath works, less of a remake, more of a tribute. They should have just called it Dharmapath. 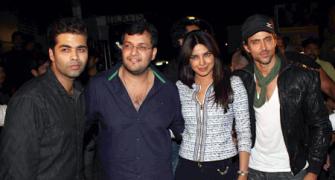 Bollywood loves Agneepath!
How Does Agneepath Music Compare With Original? 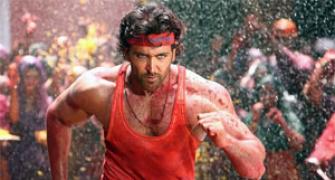 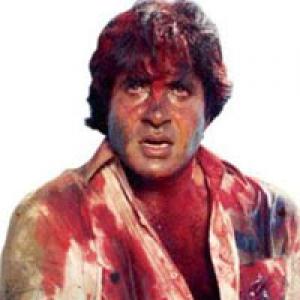 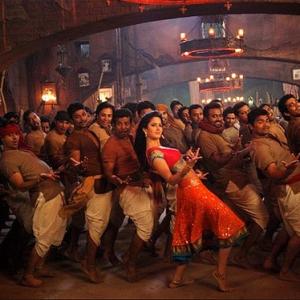