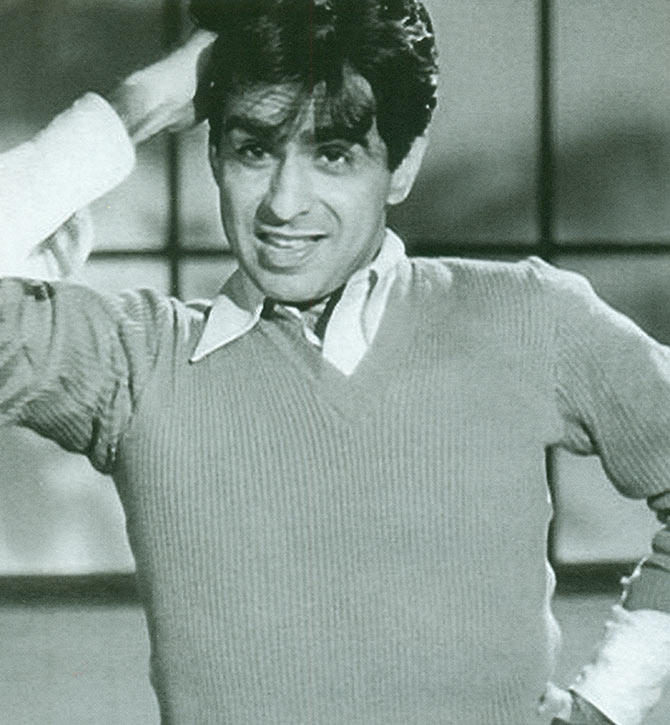 One of Hindi cinema's greatest legends Dilip Kumar has had his share of controversies in life.

One of them was his marriage to Asma Rehman, even though he was already married to Saira Banu.

Who was this Asma Rehman? And in what circumstances did the veteran actor marry her?

In his autobiography The Substance And The Shadow, Dilip Kumar tries to answer these questions, and more.

Here's presenting an excerpt from the book:

Well, the one episode in my life that I would like to forget and which we, Saira and I, have indeed pushed into eternal oblivion is a grave mistake I made under pressure of getting involved with a lady named Asma Rehman whom I had met at a cricket match in Hyderabad (Andhra Pradesh) where she then lived with her husband.

Excerpted from the book The Substance And The Shadow by Dilip Kumar, published by Penguin Books India and Hay House India, with the publisher's permission, Rs 699. 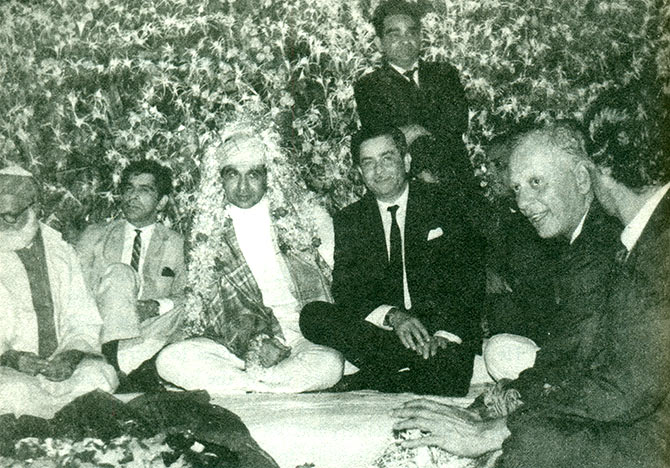 My sisters often received requests from ladies to meet me and, maybe, have a light conversation with me. I was used to such introductions and I always took extra pains to be cordial and warm with the men my brothers invited home or the young ladies my sisters brought along.
In this case, however, I was completely unaware of a connivance that was being mischievously perpetuated and a situation being cleverly created by vested interests to draw a commitment from me.
Not once, but many times I was surprised by the lady and her husband who popped up from nowhere even when I was in different places out of Bombay to come up to me and greet me and linger on and on.
Strangely, they were aware of my travel plans and my itinerary!
Buy the book here!
Tags: 1

'it was very painful for me to console Saira Banu' 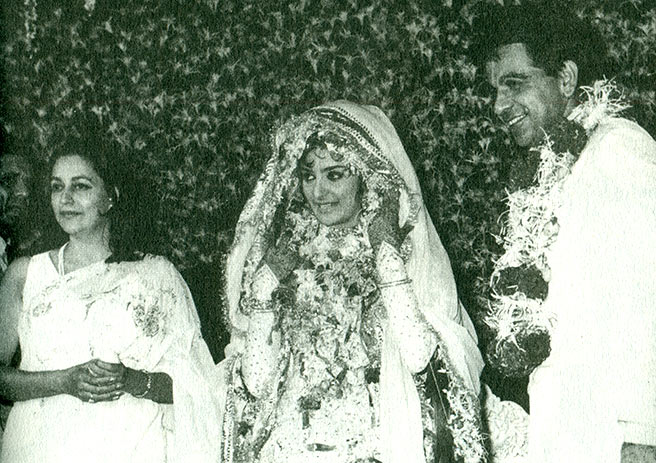 In 1982, when the news spread that I had married Asma and Saira read the sensational 'revelation' in a tabloid, it was very painful for me to console her as she trusted me and loved me unconditionally.

I was not at home when Saira read the news and, truth be told, neither she nor her mother (Naseem Aapa) believed what they read because of their implicit faith in me and the sincere commitment I had given at the time of my nikah with Saira that there was no question of a second marriage and there should be no talk of it. 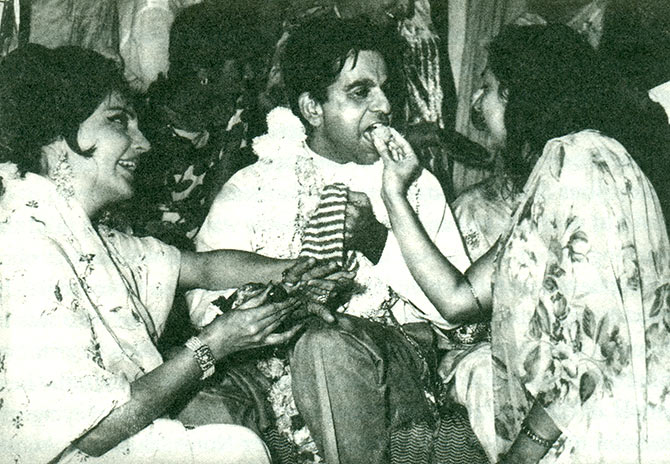 I can never forget or forgive myself for the hurt I caused to Saira and the shattering of the unshakeable faith she had in me. It needs to be said that even in that situation when a self-respecting woman cannot but hate the man who has humiliated her, my wife Saira stood by me when I admitted the grave mistake and asked her to give me some time to undo the wrong through proper legal processes and restore the sanctity of our marriage of sixteen years.
I requested Saira to give me some time to sort it all out.
Saira, despite the hurt caused to her pride and to her intense faith in me, stood solidly by me on the advice of Naseem Aapa and her brother Sultan Ahmed.
I immediately reinforced the faith Aapaji and Sultan had reposed in my promise to Saira by signing a letter of commitment long before the legal processes of divorce were initiated and completed vis-a-vis Asma. Some of my close friends signed as witnesses.
I must mention the names of Rajni Patel, his wife Bakul Patel, Sharad Pawar and Mama Kapadia as my well wishers who helped me tide over the crisis with their sound advice and guidance to restore the stability of our marriage and give my wife Saira the emotional and moral support she needed then.
From the film fraternity, it was Shuklaji (Pran's wife) and Prakashji (B R Chopra’s wife), who took a bold stand and unflinchingly stood by Saira because they genuinely loved her and were protective about her. They expressed their displeasure and ticked me off as real bhabhis (one’s brothers’ wives) should and told me either I rectify the situation or lose them forever as people I consider my own.
Buy the book here!
Tags: Saira , Bakul Patel , Naseem Aapa , Sharad Pawar , Rajni Patel

'I became a victim of a situation' 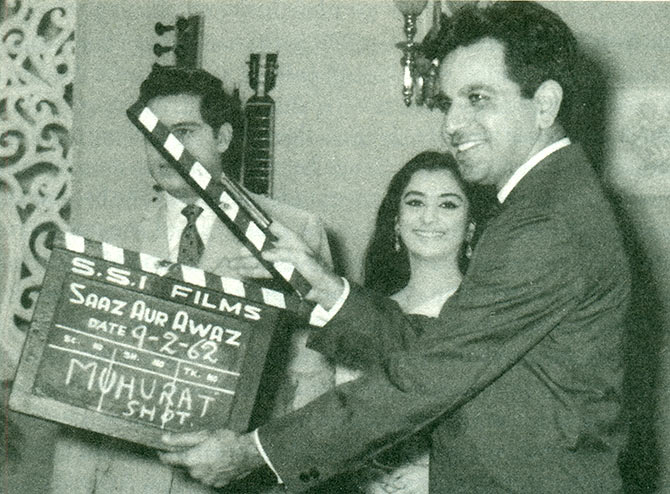 I would not like to devote more space to the forgotten episode and conclude by saying without the slightest hesitation that, as a human being, I was not infallible and I became a victim of a situation that was set to precipitate a deep crisis in my marriage with Saira.

I strongly believe that there is a divine purpose even in the untoward happenings in one's life.

The whole episode strengthened our closeness and our emotional dependence on each other.

'Saira had borne a child, a boy' 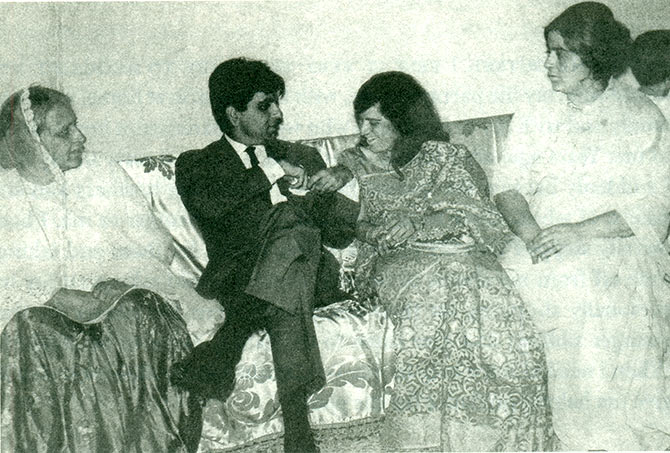 During the episode, it was also wrongly represented that Saira could not bear a child.

We lost the baby in the eighth month of pregnancy when Saira developed high blood pressure and the obstetricians attending on her could not perform the surgery in time to save the full-grown foetus, which had been strangulated by the umbilical cord.

We took the loss in our stride as the will of God.

'It would have been great if we had our own kids' 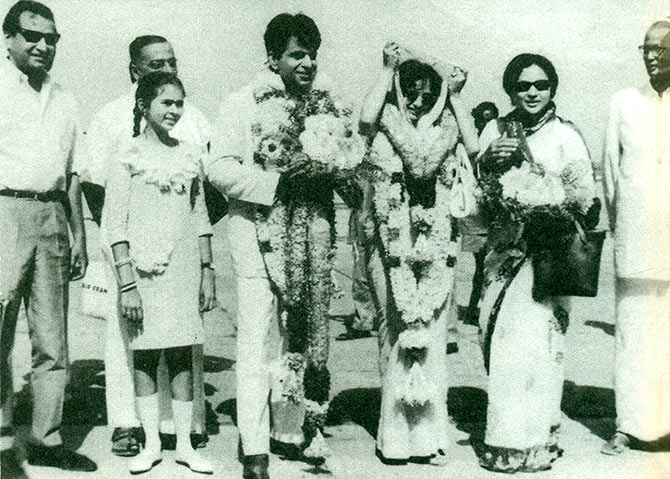 The curious question that never goes unasked is whether I am unhappy not having my own children.
Well, it would have been great if we had our own kids.
But it is not a shortcoming for us.
Allah has blessed us with so many lovely children in our family. All our youthful days were spent with the children of my sisters and brothers who came visiting us and stayed with us when they had school and college holidays.
We loved their presence in the house, the resonance of their laughter and the girls' giggles as we played the games they invited us to play with them. They were enough to make us feel like parents.
As infants they were brought to me and it was mandatory for the babies to sleep soundly on my large chest as if they were on a foam mattress. As they grew up, they came home to play interesting games with 'Mamu' as all of them addressed me.
Buy the book here!
Tags: 1

Playing badminton with the family 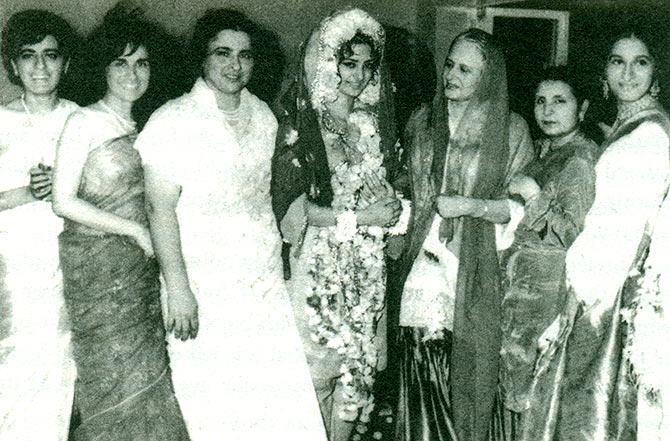 Years ago, my elder brother Noor Sahabs sons Amjad and Javed were in Bombay for a long training programme at a corporate office and I made it mandatory for them to visit me every day at 8 pm come what may.

The young fellows had come from Nasik and I felt I should keep them away from possible bad company.

It made good reason for me and Saira to gather all the other young nephews and nieces who could make it for some fun in the house ending with an invigorating game of badminton in the garden. 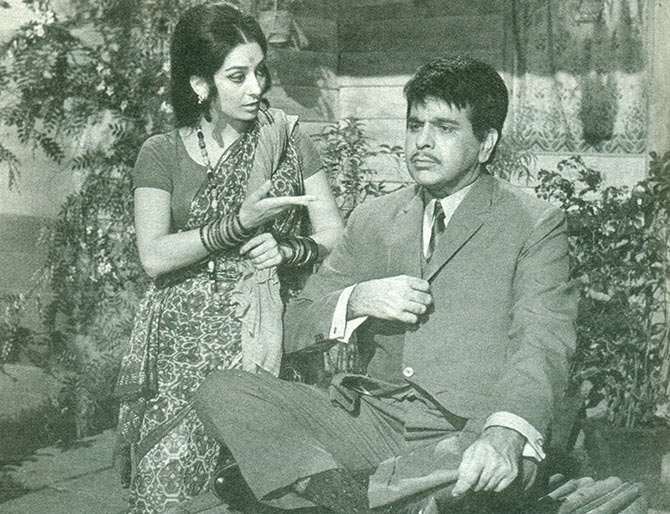 It is Saira who always went all out to get the family together and still goes all out to be the grandaunt to the grandchildren in the family. It is wonderful to love and be loved by them and be there solidly when they need us and vice versa.

Today, at times, both of us feel their absence from our lives since practically all my nephews and nieces are busy with their own lives or their families.

Though we meet less often, I enjoy every moment I spend with them when they visit me.

Perhaps if we had our own sons or daughters, they too would have gone to places far away to pursue their dreams and we would have got to see them once or twice a year! 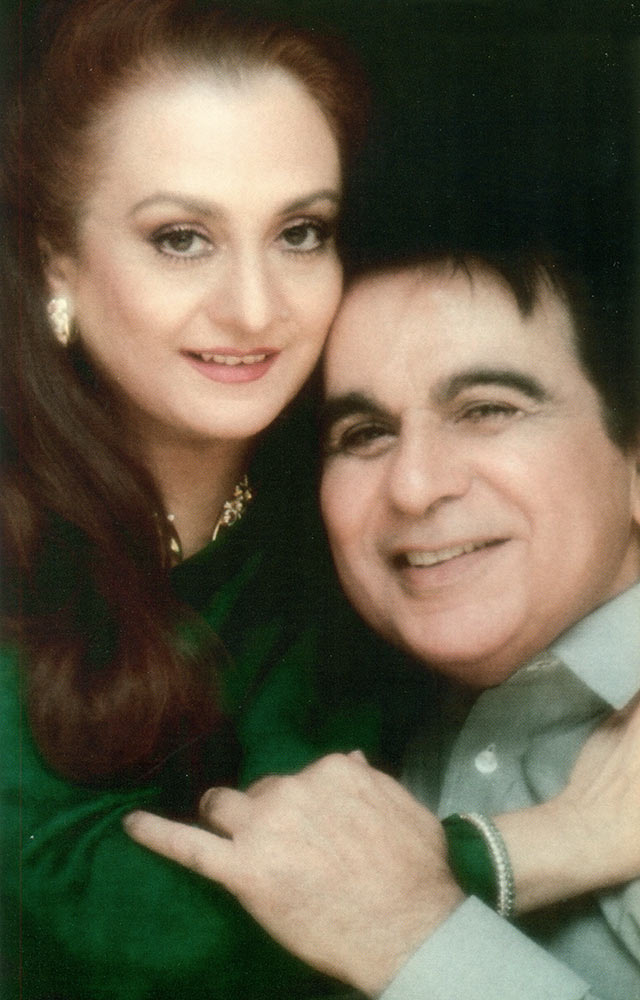 The truth is that I became a parent to my brothers and sisters when I was in my late twenties.
It gives me both pleasure and pain to narrate about my brothers and sisters.
I have contemplated over this subject, asking myself whether I should write at all about my six sisters and five brothers who mean everything to me because I am a Pathan who zealously takes pride in and guards his family, especially the women, from public exposure.
Buy the book here!
Tags: 1
More
Write a
Comment
Print this
article
ALSO
READ