Sign in  |  Create a Rediffmail account
Rediff.com  » Movies » 'There were remarks about my looks and skin color' 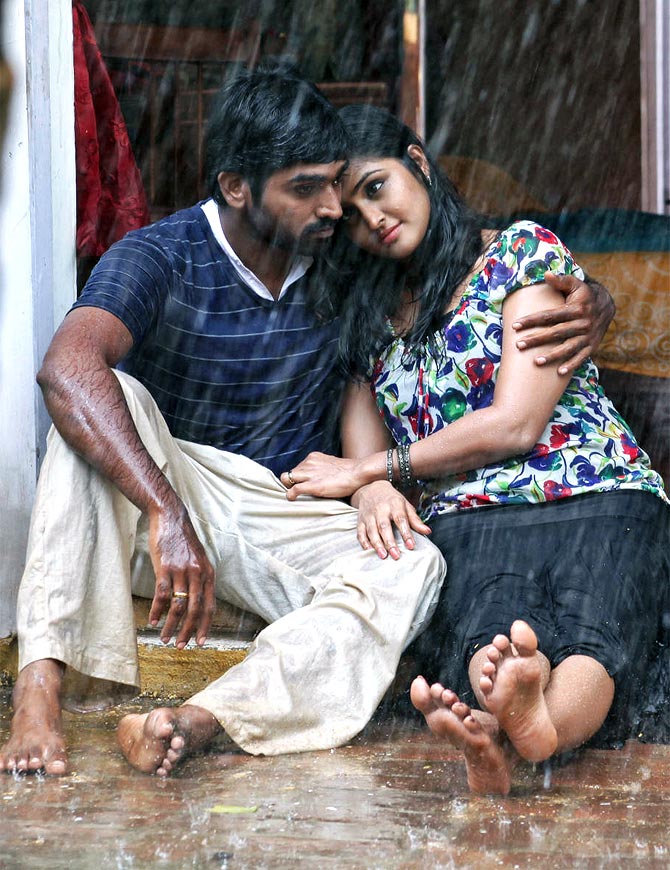 Image: A scene from Pizza
S Saraswathi in Chennai

‘Paaaahh -Yaaruda Indha Ponnu pei maari iruku’, this dialogue from the film Naduvula Konjam Pakkatha Kaanom, repeated many times with different inflections, and each time sounding even more interesting and entertaining, made actor Vijay Sethupathi a household name and one of the most popular actors of Tamil cinema today.

Today Vijay Sethupathi is one of the most sought-after actors in the industry.

He is currently working on a string of films-- Mellisai , Idam Porul Eval  and Sangudevan.

The much talked about Pannaiyarum Padminiyum is scheduled to release later this year, followed by Rummy.

Vijay Sethupathi talks about the long wait for success, what acting means to him and what he looks for in a film.

How has life changed for you in the past one year?

A year ago, there were a lot of doubts, uncertainties, and questions, like will people accept me, and will I succeed.

But today, the tremendous response to Soodhu Kavvum and the fact that Pizza even had a sequel goes to show the impact these films had on people.

This love and acceptance brings a lot of happiness and definitely boosts your confidence.

From wondering where your next film will come from, to be called and offered films by producers and directors is truly a great feeling. 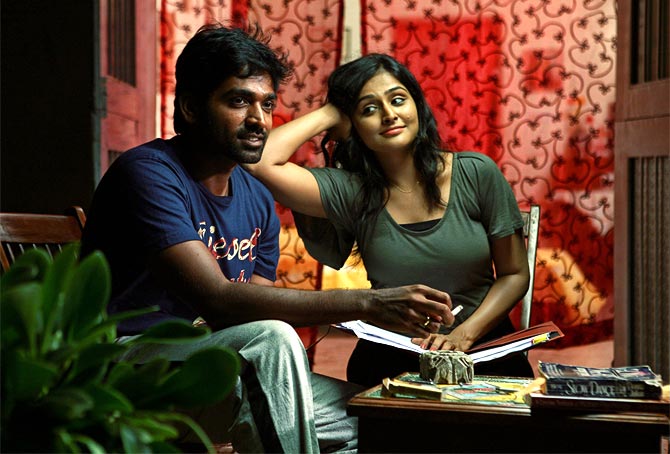 Image: A scene from Pizza

Do you think society is fickle?

Why should I think that? Whatever the product, people have to be given the time to see, analyse, and make up their mind before they decide to accept or reject something. That is their right.

As an actor, I have to impress the audience with my talent and performance, and only then will they accept me. Until you prove yourself people will be sceptical.

Today people have accepted me. They watch and enjoy my films, and this has given me recognition.

How about you, have you changed?

I don’t believe I have changed, I understand that success is not in our hands.

People will come and watch a film only if it is good; nothing else works.

There is absolutely nothing you can do with just success; you have to consistently perform well and prove yourself every time.

Wouldn’t you agree that your struggling days are over?

First of all, I would not call it my struggling days. I did not come into the film industry knowing everything. All that I know today is what I have slowly learnt over the years.

It is like going to school, nobody calls that your struggling period, it is a learning period.

You try to absorb as much as possible and apply it when you get the opportunity. That is an ongoing process throughout your life. You continue to learn and continue to grow.

'For me, the most essential part of a film is the story' 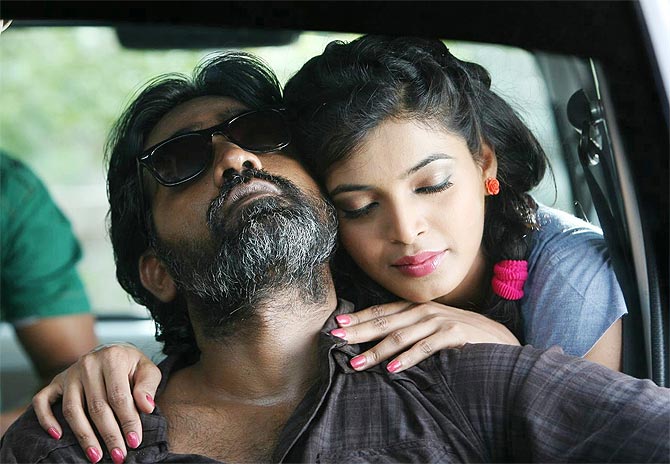 You started in 2004 as a background actor in M Kumaran S/O Mahalakshmi. It was only in 2012, that you were actually recognised, eight years later. How many more years would you have waited?

I believe that the decisions you take during the most crucial periods of your life determine who and what you are.

How confident were you?

When I first entered the industry, I certainly had my doubts.  But after watching myself playing different characters in all the short films that I worked in, I did feel very confident.

I knew I could act, I just needed an opportunity.

Was it a strategy on your part to play unconventional roles to get recognised?

I don’t think people will watch your films if they are different; it has to be interesting.

For me, the most essential part of a film is the story; only a good story can keep you entertained for two hours.

If I like a story, then the character I play need not have any heroic qualities, it can be about any ordinary person.

I certainly enjoy playing different roles, but this is definitely not a ploy or a strategy to seek attention or recognition.

'I have never stereotyped myself playing a particular role' 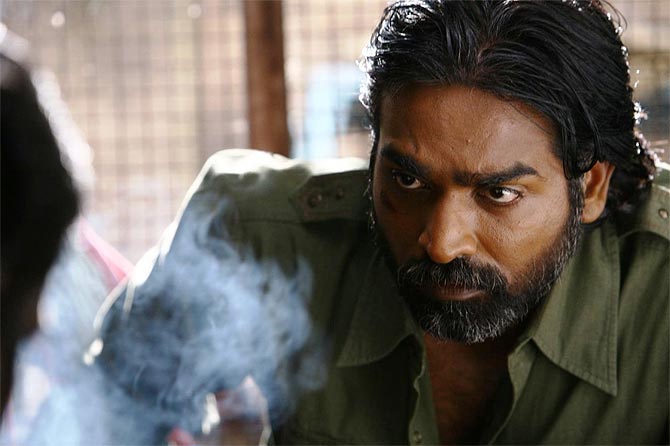 Is it difficult to find such scripts?

Not at all.  Every day we see our lyric writers churn out song after song of love and romance and it is the same with stories. They stem from our imagination, and they are limitless.

There is a general misconception that the audience will not accept unconventional films and offbeat characters, but that’s not true.  People relate easily to such stories.

The story has to first entertain me and I have to relate to the character. Am I sad when the character is crying? Does his joy bring me happiness? Does his romance make me feel good?

All these are factored in when making a decision.

But I don’t like to repeat a character. All my films don’t have to be Soodhu Kavvum or Pizza.

As an actor, there is a thrill each time you play a new character.

Today, are you worried about people’s expectations?

I have never stereotyped myself playing a particular role.  I have been so varied in my choice of characters that people never know what to expect.

They know it is going to be different and they come to be entertained.

'My success speaks for me'

Among the characters you have played, which is your favorite?

All my characters are dear to me, but ‘Sumar Moonji’ Kumar, my character in Idharkuthana Aasaipattai Balakumara required more effort.

He would chatter endlessly throughout the film and I knew that if I did not get the body language right, the character would get very irritating.

When are you going to work with the top heroines of the industry?

When I choose a script, my only concern is that I should suit the character.

The same applies to the female lead. She just has to be suitable to play the character. She doesn’t have to be a big star.

Looking back on your career of almost a decade was there something that hurt you most?

Over the years, there have been several people, words and incidents that have hurt me.

There have been remarks about my looks, skin colour, and my acting abilities.

But I bear no ill feeling towards anyone. Instead, I am thankful.  These are the people who have helped me to question myself more deeply, to analyse and find out where I am going wrong.

What do you say to them when you meet them today?

What do I say to the people who have only helped strengthen my resolve to pursue my dreams?

Besides, today, I don’t see the need to say anything. My success speaks for me.