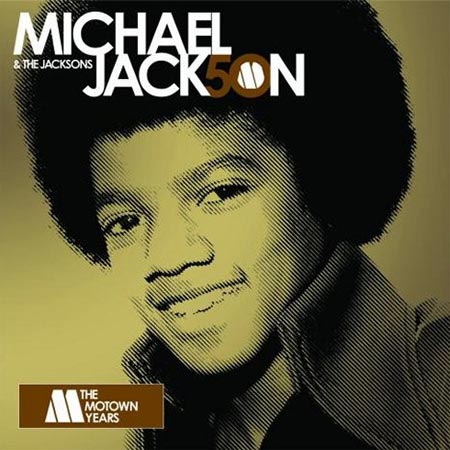 Michael Jackson the maverick musician who 'Thrilled' generations with his 'Moonwalk' has found a place amongst the fallen legends of pop with his shocking death just weeks before his comeback tour.

With comparisons being made to rock and roll legend Elvis Presley's sudden death in 1977, Jackson fondly called 'King of Pop' by fans and often derided as 'Wacko Jacko' by the media has been resurrected in death.

Jackson who died at the age of 50 on Thursday, had begun his showbiz career at the age of five with the band 'Jackson 5' and led a life which peaked to stupendous highs and fell to crushing lows.

He was born in 1958, the seventh of nine children, he started performing at the age of five as a member of 'The Jackson 5' and began a solo career in 1971 while still a member of the group. 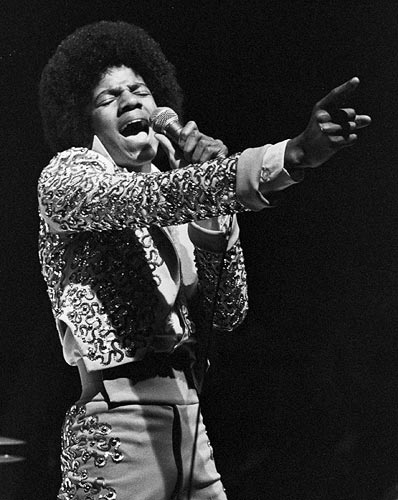 Image: Michael Jackson performs as lead singer of the Jackson Five in a file photo during a performance at the Mill Run Playhouse in a June of 1974 file photograph
Photographs: Reuters

The singer made a transformation from child star to pop icon with his successful 1979 album, 'Off the Wall' which began a musical career that would span three decades and end abruptly with a cardiac arrest.

The album established Jackson as one of the premier talents in music and positioned him as the sexiest entertainer after Elvis Presley. 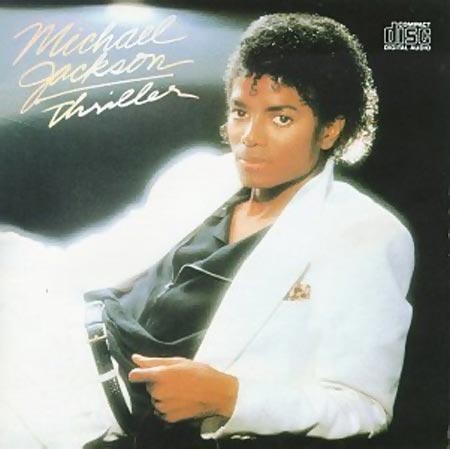 Three years later came 'Thriller' the legendary 1982 collection which continues to stand as Jackson's finest work and is one of the highest selling records of all times with 41 million sales till date.

'Thriller' established Jackson as the 'King of Pop' and he ruled the music world throughout the 1980s, selling millions of records and concert tickets while his Grammy count rose to 13. 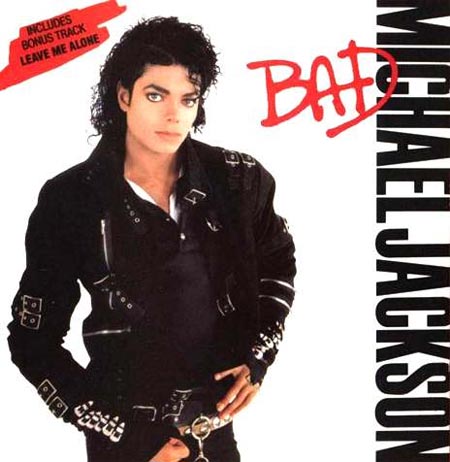 Jackson became one of the most recognised faces across the globe, igniting fan frenzy with his flamboyant on stage persona which was in strong contrast to his real life shy self.

In public, he was perhaps the most exciting artiste of his generation, known for his crotch-grabbing dance moves and his high-pitched voice. His single sequined glove, military-style jackets and aviator sunglasses were trademarks second only to his ever-changing, surgically altered appearances. 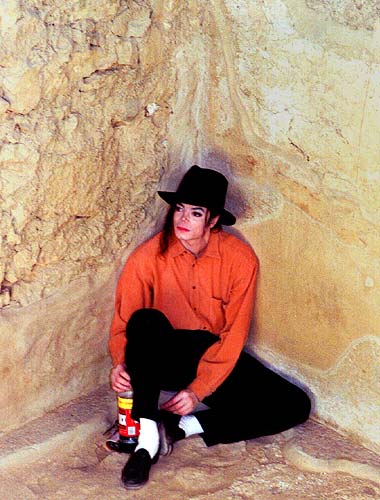 Image: Michael Jackson finds a quiet corner to sit in at Israel's Masada in this September 19, 1993 file photograph
Photographs: Stringer/Reuters

Jackson's career was at its peak during the 1980s and he is one of the few artistes to have been inducted into the Rock and Roll Hall of Fame twice.

It is ironic that the singer, who became one of the richest entertainers at his career's peak, died in debt just weeks before his comeback shows. 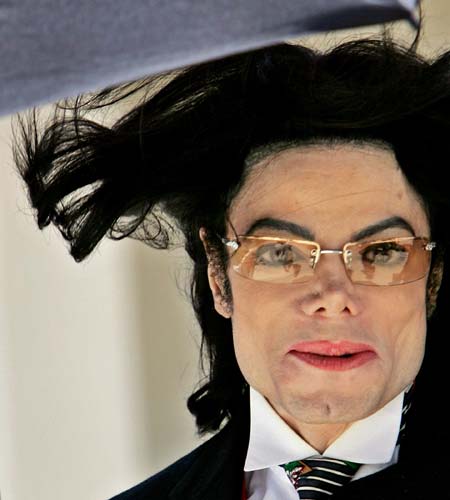 His fall from grace began in 1993, when he was first accused of child molestation. However, the charges could not be proved. In 2005, Jackson was tried and acquitted of further sexual molestation charges. 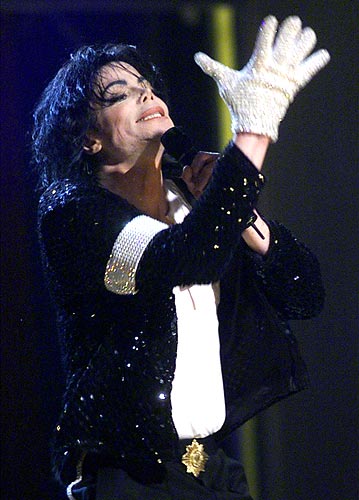 Image: Pool/Reuters
Photographs: Jackson during his 30th Anniversary Celebration, The Solo Years concert in 2001
Despite his acquittal, Jackson could never get his career back on track and his comeback show 'This Is It' was HIS promise to the fans to bring back the 'Jackson magic', a wish which will remain unfulfilled.
More
Write a
Comment
Print this
article
ALSO
READ