The Biggest HITS of Hrithik Roshan 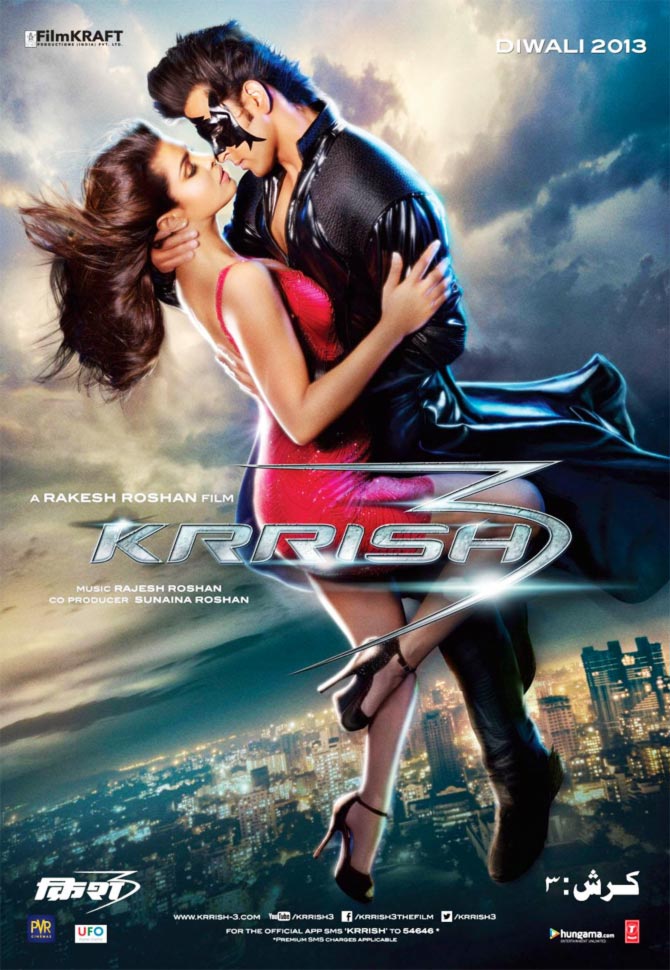 Hrithik Roshan's latest film Krrish 3 may not have got the best reviews but it's doing terrific business, and may just be the biggest hit of his career till date.

Here's looking at the other big hits in his career.

There were quite a few times when it seemed that Krrish 3 would never get on floors. Eventually, the Roshan family decided to take that plunge.

High on VFX and emotional quotient, Krrish 3 has taken a good opening at the box office this Diwali.

By the look of things, it should sustain well during weekdays as well, and become yet another Rs 100 crore success for Hrithik. 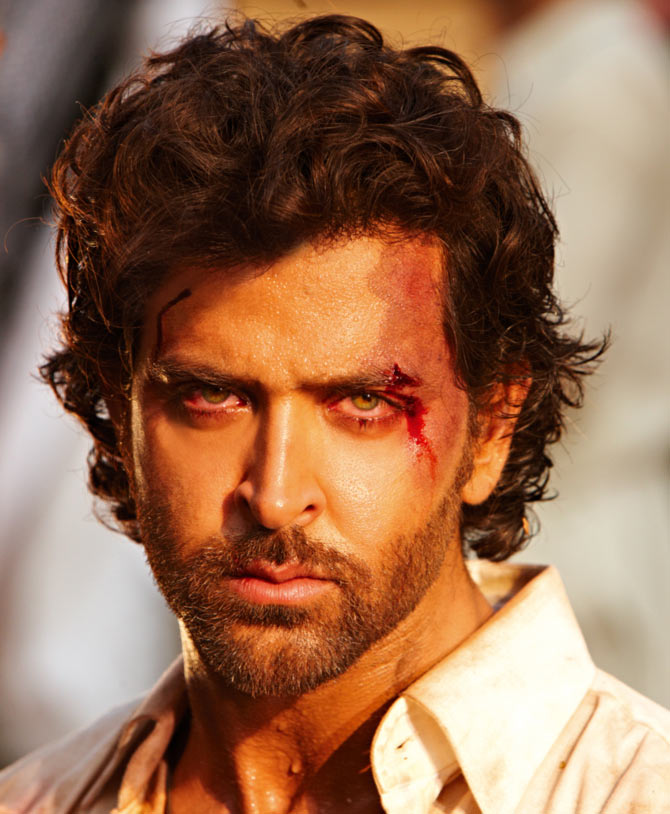 Hrithik got his first Rs 100 crore success movie with Agneepath.

As a solo lead in Karan Johar's production, directed by Karan Malhotra, Hrithik feared great risk in stepping into the big shoes of the Big B.

The stage was set differently, and eventually this violent film managed to catch the fancy of audience. Enjoying the biggest start ever for Hrithik, Agneepath scored big. 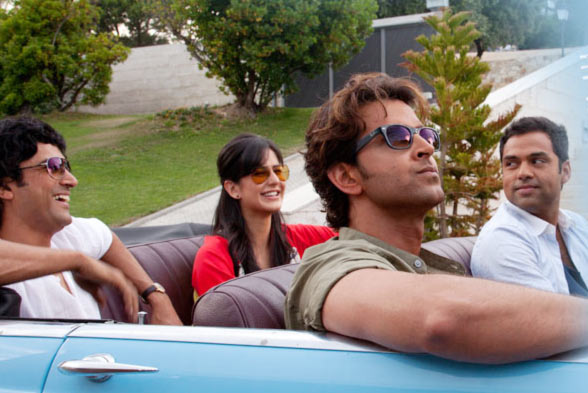 After the failure of films like Kites and Guzaarish, Hrithik decidedto experiment with an offbeat Zindagi Na Milegi Dobara.

He put his faith and trust in director Zoya Akhtar and she did not disappoint. She gave him a film that was a huge success with the urban audience. 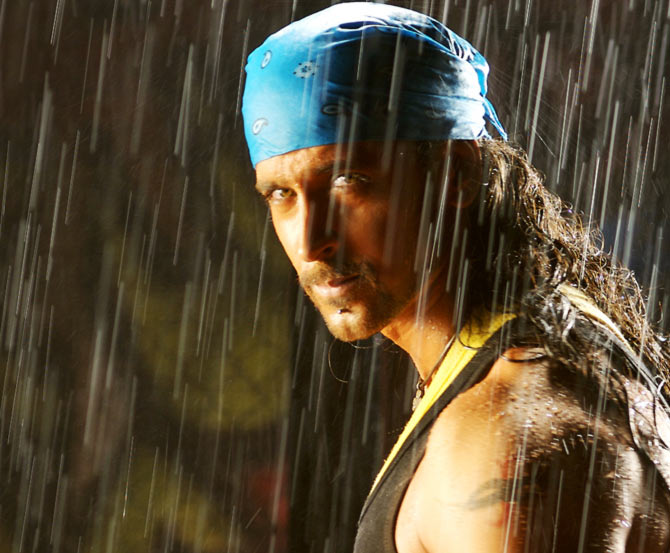 The second installment in the franchise worked big time, as Yash Raj Films ensured that ample commercial ingredients were added to this super-cool affair that was designed as a blockbuster in the making.

Excellent action and many thrilling moments along with multistarrer appeal made sure that Dhoom created immense dhoom at the box office. 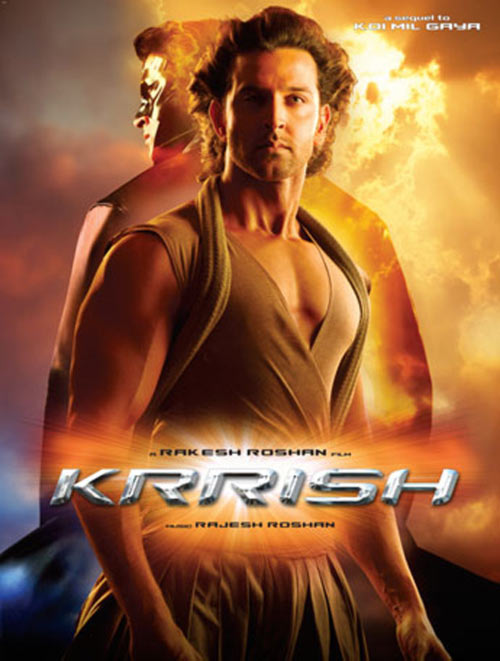 The other big hit that year was Krrish.

Though the film carried mixed reactions as far as comparisons with the prequel were concerned, emergence of multiplexes, superb hype and never-seen-before VFX did the trick.

The film took a huge opening and sustained well too, turning out to be Hrithik's biggest success till then. 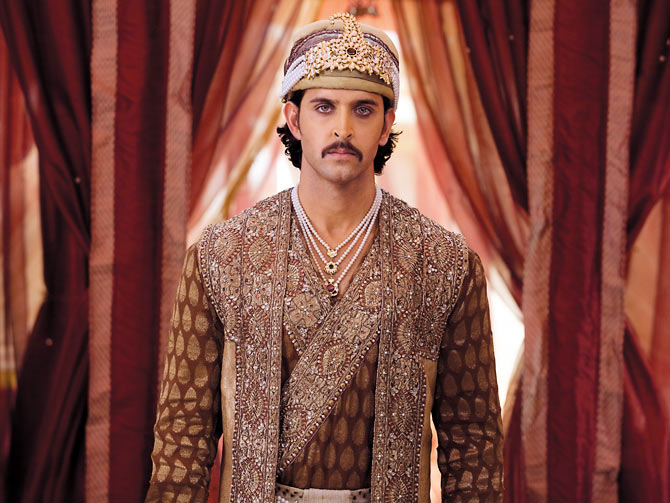 The film took some time to finish, and the various protests about the historic references didn't help.

The start wasn't bumper but word of mouth caught up well and eventually Jodha Akbar sustained well enough to emerge as a success. 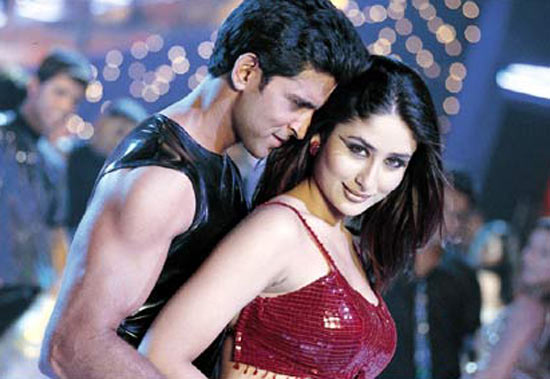 He had to share credit with the other talent on display -- Amitabh Bachchan, Shah Rukh Khan, Kajol, Jaya Bachchan and Kareena Kapoor. 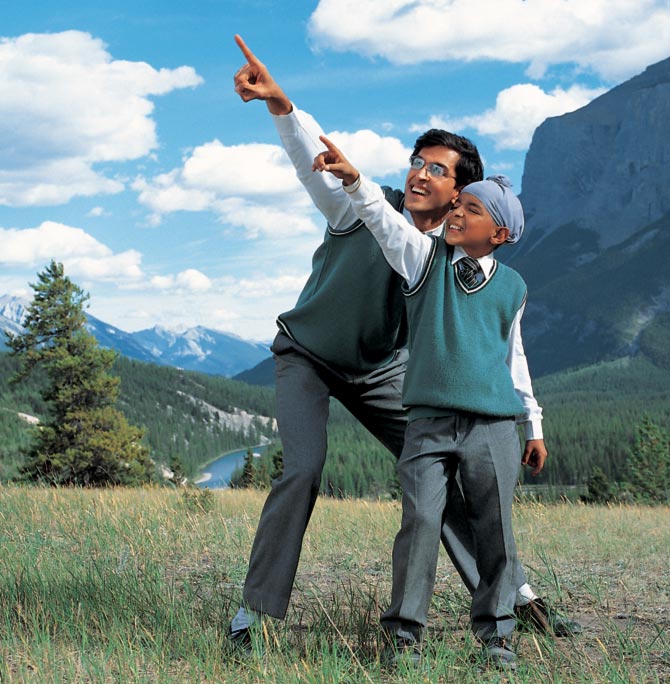 The concept chosen for the film was alien to Bollywood, pun intended. Secondly, Hrithik would be playing a mentally challenged hero.

Besides that, Hrithik was reeling under a series of flops ever since his debut.

It was a gamble but the Roshan family played it well.

When the film released, it won hearts all over again and Hrithik was back with a bang. 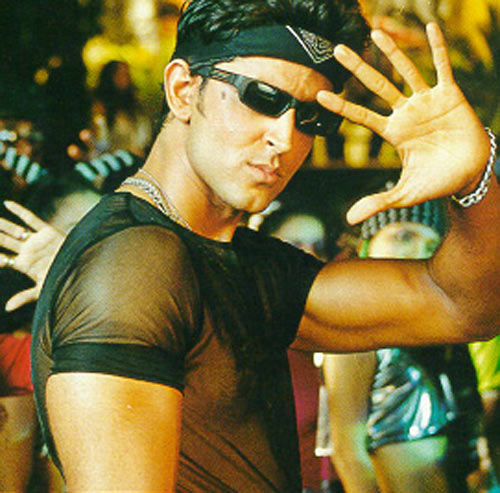 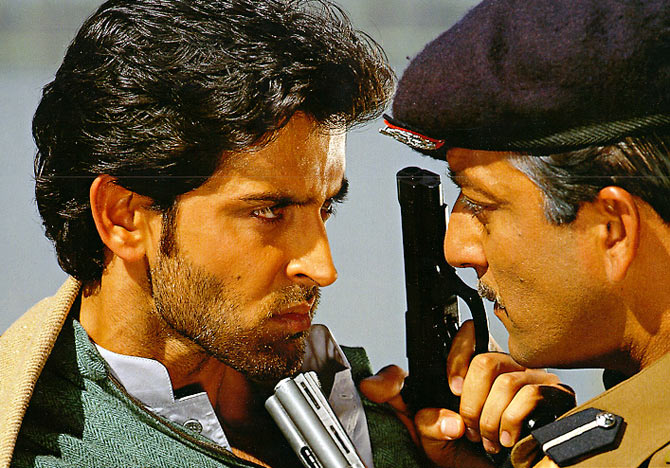 The multistarrer appeal of this Vidhu Vinod Chopra film -- with seniors like Sanjay Dutt and Jackie Shroff -- did not overshadow Hrithik, and he performed well.

However, Shah Rukh Khan's Mohabbatein (which released on the same day) turned out to be a much bigger success.