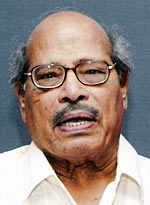 
Image: Nirupa Roy and Balraj Sahni in Do Bigha Zameen