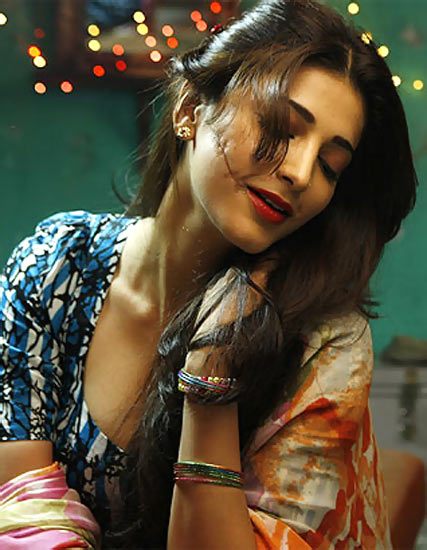 Limelight is not new for the daughter of superstar Kamal Haasan and child star-turned-actress Sarika. Be it expressing her passion for music or turning showgirl for big screen (both -- down south and in Bollywood), Shruti Haasan's rise has been slow but steady.
Things might hasten up a little since this Friday, two of the releases -- D-Day and Ramaiya Vastavaiya -- features the 28-year-old in leading roles. While one is a gangster drama directed by Nikhil Advani, the other is Prabhudheva's adaptation of Telugu super hit Nuvvostanante Nenoddantana introducing newcomer Girish Kumar.
Both have the light-eyed beauty sporting distinctly different looks. Meanwhile, catch a glimpse of her most sizzling avatars so far.
D-Day
Shruti plays a bawdy prostitute with a scar on her face opposite Arjun Rampal in this crime caper. Her raunchy costumes and lovemaking scenes with Rampal are one of the most talked-about aspects of D-Day.
Tags: Prabhudheva , Shruti Haasan , Nuvvostanante Nenoddantana , Sarika , Arjun Rampal 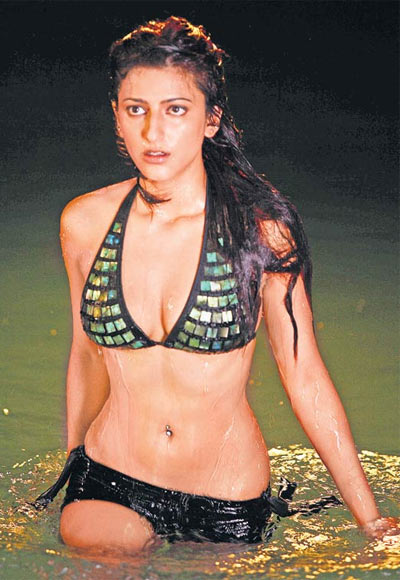 Soham Shah's Luck marked the debut of Shruti Haasan in Hindi films. The film may be a damp squib, her smokin' hot turn in a glittery bikini is anything but.
Tags: Shruti Haasan , Soham Shah , Hindi 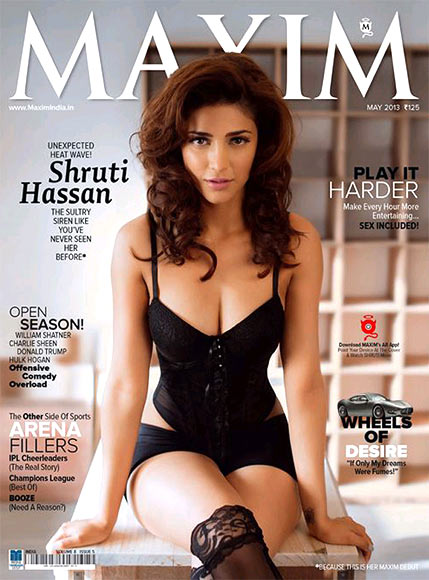 Image: Shruti Haasan on the cover of Maxim

The lady burns up the pages of Maxim modelling in little besides hot black lingerie.
Tags: Maxim , Maxim 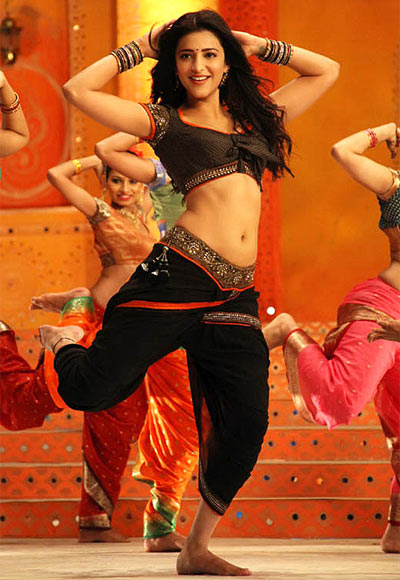 Showing off that curvy midriff is hardly anything to feel shy about when you're in as perfect shape as Shruti Haasan. And that's exactly what she does for this bouncy track from her Telugu hit, Balupu.
Tags: Shruti Haasan , Balupu , Shruti Haasan , Telugu 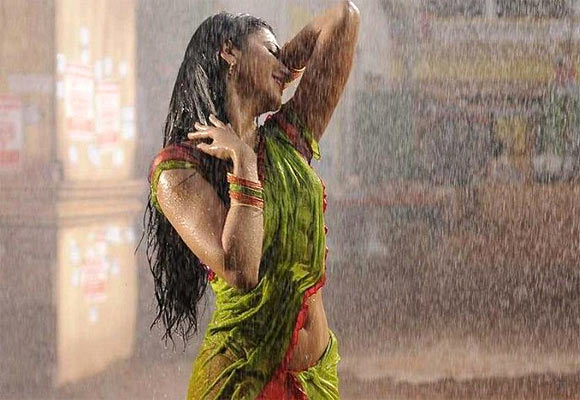 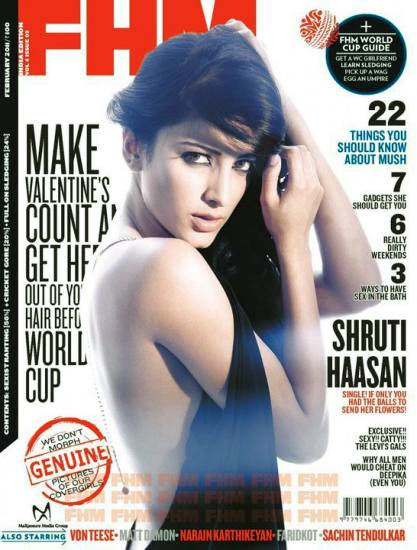 Image: Shruti Haasan on the cover of FHM 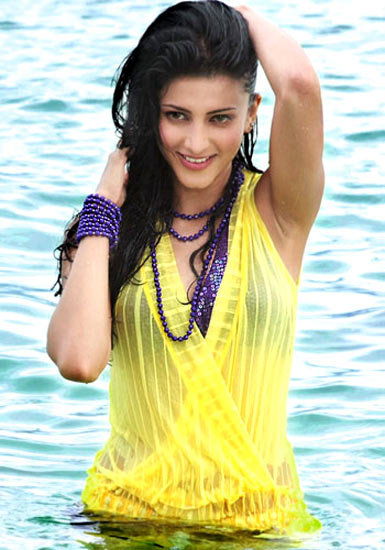 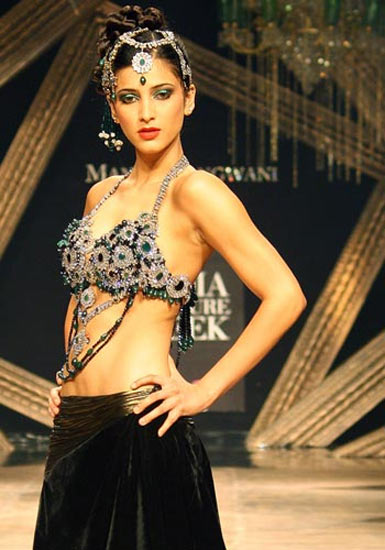