Review: Yaariyan is a brand new recipe for disaster! 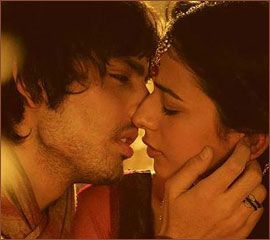 Yaariyan may be targeted at a young audience but every single teenager who chooses to watch it will be insulting their own intelligence, writes Paloma Sharma.

Yaariyan is a work of art.

It will be taught in film schools, year after year, when they're conducting their How to Make a Really Good Bad Film lecture.

I'm quite sure that the single paged textbook for the course will look like this:

Instructions:
Sprinkle a generous proportion of racist firangis for flavour
Drain the mix through a sieve and separate script, logic, continuity and normal, teenage behaviour
Add 99 percent Essence of Stereotypes to the pulp
Take a mic and say, "cut"

Yaariyan, it was claimed, is a college romance. But if you look closely, you will find that it is not one but several college romances put together such as Jo Jeeta Wahi Sikandar, Main Hoon Na and Ishq Vishk.

Divya Khosla Kumar casts fresh faces on a budget of Rs 11 crore, swings the camera from Sikkim to Australia and plays in to every stereotype about teens under the sun and I still cannot figure out what the film was about to begin with.

Lakshya is constantly expected to show leadership qualities since he is the the son of a martyred brigadier (although, his freestyle rock climbing skills -- which were developed without training, mind you -- would suggest that Spiderman is his biological father).

so he can kiss her in public and show her off.

Meanwhile, two feet away from Lakshya's carefree existence, an evil Australian businessman with deep pockets called Rockfeller buys land near the college and wants to open a hotel with a casino. When the principal of Lakshya's college, Jim Martin (Gulshan Grover) objects, the Australian business tycoon -- who is (surprise!) contemptuous of Indians -- challenges Martin to pit his students against those of Rockfeller's institute.

Martin accepts and forms a dream team of Lakshya and the other three nobodies in his gang. He also remembers to add the brainy Saloni (Rakul Preet Singh), so that Lakshya can have someone to squeeze every now and then.

But the Australian team is too strong and plays dirty. How will the Indians save their nation...err... college from the white man's greed?

Yaariyan was supposed to be about friendship and young love but how it turned into a film about pseudo-desh bhakti, I cannot remember. I have a tendency to repress traumatic memories.

The hypersexualization of college girls -- or rather, every female except for the mothers of the two heroes -- and the casual 'boys will be boys' attitude of the film, the message it gives young people about life and relationships is appalling.

Perhaps Divya Khosla Kumar should have talked to an actual teenager before attempting to make a film about them.

Take it from someone in their first year of graduation -- college life is not as glamorous as you think it is: we don't wear shiny stilletoes and itsy-bitsy dresses to class unless we want to get rusticated and we certainly can't afford to have booze-filled pajamas parties.

The only reason I'm even bothering to rate this film is because even with all the repetitive beats and Yo Yo Honey Singh's highly intellectual lyrics (the water is blue, we get it Yo Yo), there was one song that truly stood out. Baarish was good enough, albeit misplaced. As an album, Yaariyan might do well with its catchy tunes but it is unbearable to have to watch 2,653 unneeded song sequences in an already unbearable film.

Yaariyan may be targeted at a young audience but every single teenager who chooses to watch it will be insulting their own intelligence. 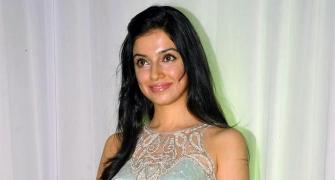 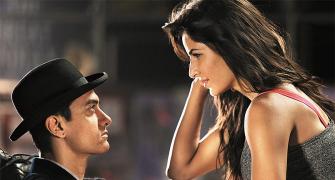 Box Office: Dhoom 3 is a BLOCKBUSTER! 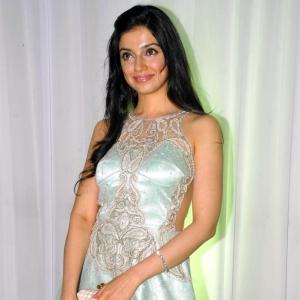 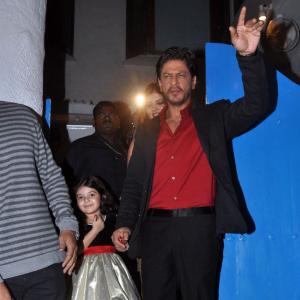