News
Business
Movies
Sports
Cricket
Get Ahead
Money Tips
Shopping
Sign in  |  Create a Rediffmail account
Rediff.com  » Movies » Review: What If fails to leave an impression

Review: What If fails to leave an impression What If has its moments but doesn't really shine through in entirety, says Paloma Sharma.

Alternatively titled The 'F' Word, Michael Dowse's What If has an undeniable film festival feel to it.

Based on the play Toothpaste and Cigars, What If follows the lives of Wallace (Daniel Radcliffe) and Chantry (Zoe Kazan), and their friends, as they navigate through the ever-changing maze of life, romance and the almost unanswerable question -- can men and women really just be friends?

After being cheated on by his girlfriend, Megan, Wallace becomes asocial, moves into his sister's attic and drops out of medical school.

His best friend, Allan (Adam Driver) manages to coax him into attending a party at his house. Although Wallace does show up, he does not mingle with the rest of the guests, instead choosing to rearrange the words on the refrigerator magnets into a cynical, slightly funny poem about love.

Chantry, who happens to be Allan's cousin, catches him in the act and strikes up a conversation.

The two instantly connect and Wallace ends up walking her home.

It is only then that Chantry mentions that she has a boyfriend, whom she's been with for five years. However, she expresses her wish to be friends with him and when Wallace agrees, she gives him her number.

After much pondering, Wallace goes home and throws away the paper with her number on it, deciding not to contact her again.

Nevertheless, as fate would have it, the two end up meeting again, and the more often they meet, the more confused they become about their feelings towards each other, putting their friendship at stake.

A romcom that gets a little too cheesy for its own good, What If is packed with so much quirky dialogue and awkward romantic moments between the leads that it could easily be the spawn of Juno and When Harry Met Sally.

What If features some beautiful art direction and cinematography but is wanting in scenes that leave an impact on the viewer.

However, it thankfully does not replace logic with 'the power of love' or any other such nonsense, choosing to set the film in the real world where there are (at least) two sides to every story and people are still responsible for the consequences of their actions.

What If works largely due to easy, engaging chemistry between Kazan and Radcliffe.

Kazan really gets into the skin of the under confident, eccentric doormat that is Chantry and Radcliffe, despite being the face of what is possibly the most famous book and film franchise of all time, for about a decade, makes you forget that he is anyone but Wallace.

As snarkily funny as Kazan and Radcliffe are together, one cannot help but be drawn to Driver's Allan and Mackenzie Davis, who plays his girlfriend, Nicole, due to the sheer energy that they bring to the screen.

The leads often fade into sulking, pathetic people, making you wish for Allan and Nicole to take centre stage.

A fairly enjoyable way to pass an otherwise free afternoon, What If attempts to be different from the rest in the genre but fails to leave a mark. 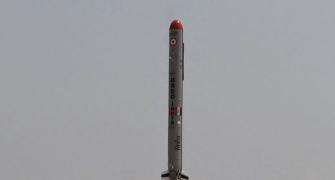 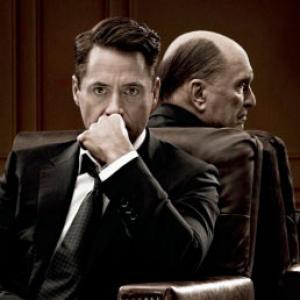 Review: The Judge is K3G for Americans