News
Business
Movies
Sports
Cricket
Get Ahead
Money Tips
Shopping
Sign in  |  Create a Rediffmail account
Rediff.com  » Movies » Review: Lingaa is buffoonery at its most old-school 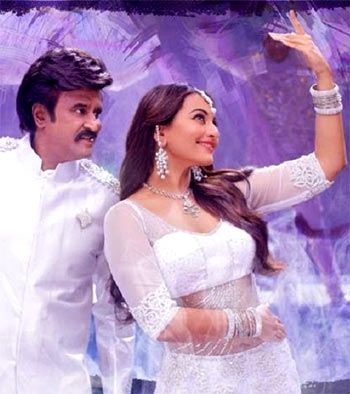 Lingaa can get tiresome, especially with the too-long fight scenes, but remains constantly watchable because of the miraculously light way in which Rajinikanth continues to wear his megastardom around him, says Raja Sen.

You can tell just how vintage a film aspires to be by the films it steals from.

KS Ravikumar's Lingaa may be set in today for the most part. But as an opening heist -- borrowed moronically yet loyally from Peter O'Toole and Audrey Hepburn's How To Steal A Million -- shows us, here is a new film that would prefer to rip off a 1966 comedy instead of one of these modern English movies. Simply because nothing out there today quite has the understated charm of old Hollywood.

Sure, that most iconic of our leading men is anything but understated, but watching him in action shows us not just the most old-school of swaggers but also a self-assured coolth missing from most heroes anywhere today.

Rajini's heroism comes with a grace that makes all the stereotyping bearable, he is always smilingly in on the gag -- the biggest punchline being that he's a parody of himself -- rather than an actor taking his screen image too seriously.

That said, Lingaa is a deliriously scripted film about Lingaa, a present-day thief (and engineer of Willism Wyler saluting heists, as mentioned) who enchants a young, hefty television news anchor to the point of pirate-fetishising dreams.

The song as the girl dreams of him is particularly priceless, with glorious subtitles reading (from him to her) "Mona, my catalyst gasoline darling" and her replying, as she invitingly unbuttons her blouse, "Your Mona is like Fort Knox treasury; shall I open so coins you can carry?"

It's all magnificent, stirring stuff, and Benny Lava ain't got nothing on these romantics.

his sidekick brilliantly questions him, "Why hide like you saw your father in a wine shop?"

Soon enough, Lingaa and his gang (plus the smitten TV anchor) decide to hotfoot it to a small village where Lingaa's grandfather, Lingeswaran, was king.

Now, in keeping with saluting the vintage, this is the real dude, a highly educated Indian ruler who was so smart he read Joseph Cambell's The Hero With A Thousand Faces 10 years before it was written.

Now this original Lingaa is the true leading man, even though he falls for the most unteenagerly teenager of all, played by the younger, heftier Sonakshi Sinha, playing up her bovine ways in a desperate attempt to appear doe-like.

It's not a great move, but everything is worth watching Rajinikanth grin slyly as he says "naughty girl."

Plot-wise, Lingaa has a lot of meat, particularly the 1939 flashback wherein grandpa Rajini gets the better of our British overlords with impressive nonchalance and dignity, even as director KS Ravikumar amps up the film's giant scale with hundreds of extras and lavish sets.

It's a compelling watch of a man with unquestioned nobility falling from grace but never once doing what is less than ideal -- even if Sinha invitingly sings "from basics to base 4, let's have an encore," making her intentions rather clear. (I'd say naughty girl but what's the use when you can't say it the way Rajini can?)

The hero does it all, from obliterating caste barriers to daintily feeding British governors cake to frying up appalams for unannounced guests.

At 175 minutes, Lingaa can get tiresome, especially with the too-long fight scenes, but remains constantly watchable because of the miraculously light way in which Rajinikanth continues to wear his megastardom around him, like a chiffon cloak.

In it's own way the film tries to be progressive and forward-thinking, but this isn't about that. It's about a man who brings pleasure to his people. Much like its ridiculous hot-air balloon climax, then, Lingaa is a gas. 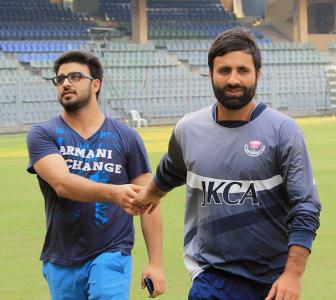 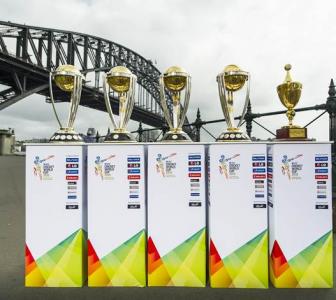 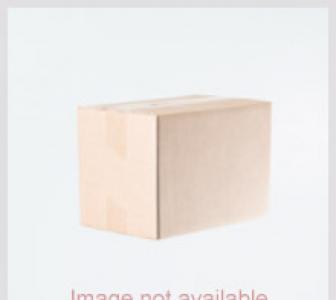 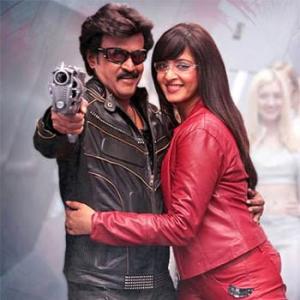 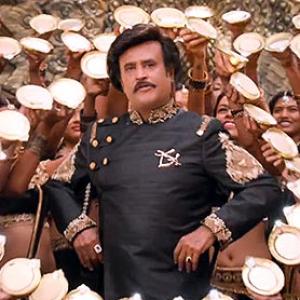 Review: Lingaa is old wine in a new bottle