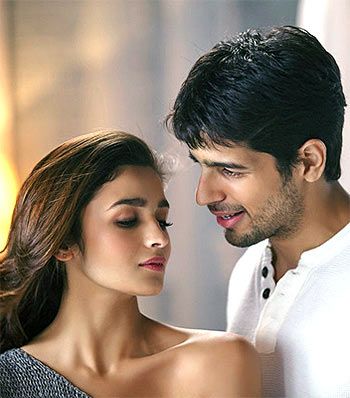 Shakun Batra’s sophomore effort is a finely, intelligently crafted film which stumbles because of its eagerness, feels Raja Sen.

A plumber trying to fix a water-main, is harangued by the lady of the house who -- with some justification -- thinks he needs watching over.

Her husband disagrees, and the two begin to bicker, a domestic squabble that snowballs into a mountain-toppling argument about fidelity and finances.

It is at this inopportune time that the water pipe gives way, causing the elder son of the house to try and contain it, like the little Dutch boy who fingered the dyke.

Meanwhile, both wife and husband exasperatedly yell diametrically different instructions to the plumber even as their own bigger fight storms on -- until a distraction comes in the form of another fight, this time between the sons of the house.

The plumber walks out, says his work is done, and asks to be paid whatever they see fit. After all, he says with modest benevolence and consideration for the money they’re squabbling about, how much can he indeed demand at such a trying time?

This is a gem of a scene, and one that holds so much nuance and deft writing -- not to mention perfectly pitched and rightfully frantic performances -- that I wished the film would give us pause and dwell on the moment instead of hurtling through it.

Shakun Batra’s sophomore effort is a finely, intelligently crafted film which stumbles because of its eagerness: eagerness, at first, to lather on the overstuffed plot faster and faster, giving us a film with too little breathing room and secondly -- and more cripplingly -- eagerness, eventually, to make audiences cry.

A likeable enough little film with fine characters, Kapoor & Sons tries too hard to turn on the water works at the end, going from a good, mellow drama to a full-blown melodrama by the end of it all.

This is a shame because Kapoor & Sons is the kind of film I really wanted to like.

It starts off so well, establishing an interesting, textured family -- a nonagenarian grandpa who keeps faking his own death in desperate greed to be noticed, a father who failed at being an entrepreneur and now lives on borrowed money, a mother who complains and gripes and flings barbs while looking to her perfect son to make things at least appear sunny, aforementioned perfect son who has his hands very full trying to remain as perfect as he is considered, and, finally, the younger son, a bartender who wants to be -- like his big brother -- a successful novelist.

This is a film, in short, about people who want more attention than the world grants them.

Batra, too, is adept at quick asides -- like a shot of schoolboy cigarettes hidden inside audio-cassette covers and the taking of a photograph being briefly halted, because an unnamed pre-teen girl, very realistically, has to fix her hair just so. And there are smart narrative devices, like the linking of three far-flung men achieved by having two of them read a video email from the third, a smart way to subvert the way Bollywood letters come with attached voiceovers.

There is a touch of Noah Baumbach to the proceedings, in the way the chaos unspools with prickly dialogue, initially comedic and eventually drier, and a part where the perfect son meets a girl and says 'You’re funny' instead of laughing at her reminded me of Burr Steers’ fantastic Igby Goes Down which cocks a snook at people exactly like that.

The problem is that despite this edginess, this alt-rock self-awareness, if you will, Batra’s film is hampered by superfluous song sequences, unnecessary montages that could do without an emo background score, and the need to exaggerate drama.

There are issues in terms of exposition throughout the film, for example the way we are telegraphed the girl’s feelings through phone calls to an absent friend -- an unfortunate move, since the film could have stayed more compelling and less predictable had we not known what she was thinking.

In fact, the girl’s part, while charming, deserved to be much shorter, that of a supporting character rather than one who fits Bollywood heroine requirements, and so we shouldn’t have been burdened by her backstory, after all.

Ah, but I get ahead of myself.

Kapoor & Sons is a film about a family with deep-rooted troubles, and -- for two-thirds of its running time -- it works rather well. The aforementioned problems are all there, but the characters are genuinely easy to warm up to, and the performances are pretty strong.

Ratna Pathak Shah is terrific as the mother bound by helplessness and surrounded by far too many men, Fawad Khan is an excellent actor who brings tremendous sensitivity to what seems like the role of a stuck-up square, Rajat Kapoor is in fine form as the beleaguered baap, Sidharth Malhotra is pretty affable and Rishi Kapoor, while burdened by way too much prosthetic makeup, is as scatological and scandalous as grandfathers are, want to be.

As for young Alia Bhatt, I desire very much to say 'thank you for coming' to her, just to make that effervescent girl light the screen up with another giggle.

Thus, we are left with a potentially fine film then that tries too hard to be a sad one. That, in itself, isn’t unforgivable, and because we care about the characters we do, indeed, give a damn about what comes of them.

Yet the shifting of gears is clunky and the narrative pace is all awry. I wanted to care, and did care -- especially when Rajat Kapoor tried to righteously justify himself while happening to wear a fuchsia boa, say, or when the hand under Alia Bhatt’s chin shook feverishly, Batra assuredly telling us about her knee-jerking restlessness without showing it -- but by the end, as we intercut from revelation to revelation to revelation, it gets a bit much.

Like those candied Phantom 'cigarettes,' Kapoor & Sons is a film that works in small doses.

Then again, so does family. 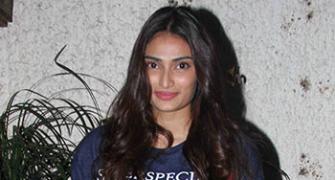 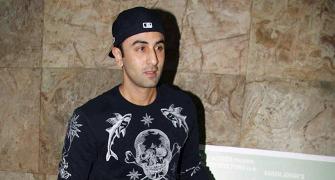 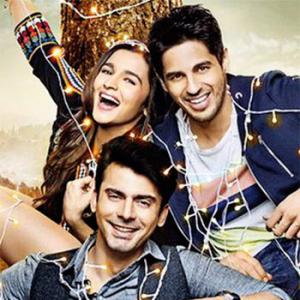