News
Business
Movies
Sports
Cricket
Get Ahead
Money Tips
Shopping
Sign in  |  Create a Rediffmail account
Rediff.com  » Movies » Review: Joe B Carvalho is a comedy of errors without the comedy 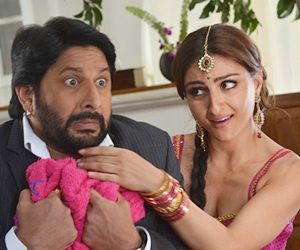 Joe B Carvalho is the crime scene of a murder-suicide where the script kills common sense and then puts the gun to it's own head, says Paloma Sharma

Let's start off with the good news...

I'm going to try to keep this as short and painless as possible. Joe B Carvalho is essentially the crime scene of a murder-suicide where the script kills common sense and then puts the gun to it's own head, because even it could not bear itself.

Joe B Carvalho (Arshad Warsi) is your (slightly below) average corny-go-lucky private eye with a visually challenged mother — who, apparently, is not aware of her blindness — and no prospects in life.

Then one day he is offered a big case with loads of money, which he must solve in order to prove that he is as good a detective as his late father, whom he looks up to.

Now you know what I went through.

The film also managed to add a wannabe Idi Amin creatively named General Kopa Bhalerao Kabana, an "international terrorist", the feared hitman Carlos (Javed Jaffery) and anyone who takes his name dies (Voldy, much?), along with a police officer from Joe's

Joe B Carvalho tries its hardest to make you laugh, but the thing about comedy is that it comes with a comfortable flow. You cannot simply force funny down someone's pharynx.

But when the director (who I will not name for the sake of his own protection from angry, refund-demanding mobs) tried to make the film a comedy of errors, he sure left out the comedy half of it.

I find it extremely ironic that Soha Ali Khan, who touted her character as Dabanggi on a certain TV show, is an IPS officer who eventually resorts to honey trapping and needs to be saved by the hero, an unsuccessful, unqualified private detective.

I'd love to tell you more about the film, but I was too busy practicing my sleep apnea on my fellow viewer's shoulder.

The performances are not even worth mentioning and the music is the stuff that they use to torture prisoners in Guantanamo Bay.

The pun on Joe B Carvalho's name is a long-running 'joke' — one of the many instruments of torment that the film employs.

Joe B Carvalho is that annoying friend who won't stop forcing those unbearable PJs on you as you try to laugh politely while one eye seeks an emergency exit.

At the end of the film, you slip off your seat, onto your knees and beg Mr Joe B Carvalho — please ab maar daalo. 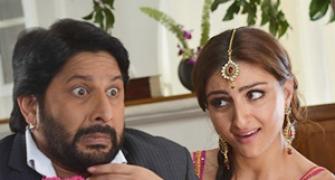 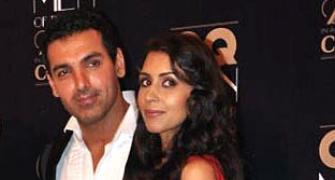 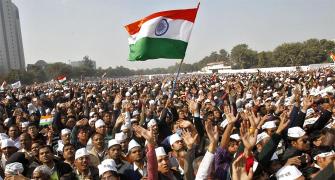 Arshad Warsi: 'We are a country with a solid backbone' 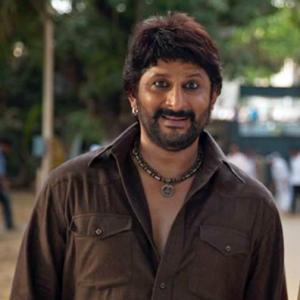 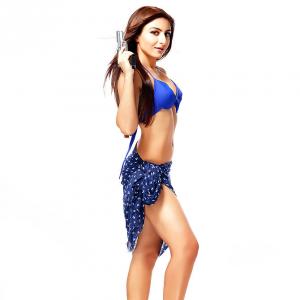 Soha: I am a shy person and I don't wear revealing clothes