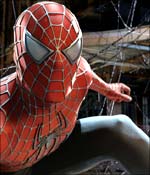 Almost a decade ago, when B-movie maestro Sam Raimi took fresh-faced arthouse actor Tobey Maguire and cast him as Spider-Man, most of the world was bewildered. Legal disputes had ensured that a Spider-Man feature film, despite featuring Marvel Comics flagship character, was embroiled in much red tape and studio battling.

Big names were thrown around over the last two decades, from a young Tom Cruise for the lead -- with Katharine Hepburn as Aunt May -- to a rather hideous 'scriptment' by James Cameron.

Finally, as Sony Pictures acquired the rights, they looked at Roland Emmerich, Chris Columbus and Tim Burton as potential directors, before almost settling on David Fincher. Fincher didn't want to do an origin story, however, and the film finally went to a fanboy himself, Spidey enthusiast Sam Raimi.

The first Spider-Man film created a sensation, while the second is still the gold standard in comic book cinema, and Spider-Man soon became a friendly neighbourhood movie star. Tobey Maguire shone in the role of Spidey, and while fanboys were never quite sold on Kirsten Dunst in the role of Mary Jane Watson, the franchise was alive and swinging through the air with a war whoop.

The third film was a massive disappointment. Not that it didn't work at the box office, making close to $900 million worldwide. It's just that it was universally panned, loathed by audiences globally even as it broke fanboy hearts worldwide, a messy plot taking Spider-Man where he should never have gone.

Since then, Spider-Man 4 has been stuck. Release dates have been increasingly pushed back, and villain-rumours notwithstanding, the script was never locked. Raimi expressed dissatisfaction frequently -- going off to make a marvellous horror quickie, Drag Me To Hell -- and earlier this week, things officially came to a head. Raimi and Maguire were off the project, Sony announcing a reboot of the franchise.

A Spider-fan more passionate than most I know, I recommended this back in my Spidey 3 review, despite having loved Raimi's work through the years. The third film had simply done too much damage. Just fixing the holes it made in the Spider-Man mythos would have taken up too much time, and ignoring them would have made the franchise into a series of action setpieces, as forgettable as McTransformers.

The ideal scenario would be for Sony and Marvel to pitch Spider-Man as a prestige franchise like James Bond. Bring in superstar directors, give them big budgets and a one-off story featuring one or two great villains, and instead of tying Peter down with MJ right from the get go, explore the women in the webslinger's little black book. Spidergirls, one for each film. Nice.

Crucially, with this reboot, it would be silly to redo the origin story. The first Spider-Man film is 8 years old and doesn't seem at all dated, and showing us how Peter got bitten and discovered his powers seems extremely superfluous. Not just that, but the marvellous opening credits to Spider-Man 2 by Alex Ross are pretty much enough to tell the story. The rest has already fallen into place.

is because the screenwriters don't have to tell the origin story, they can get straight to the action. 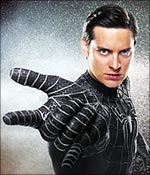 In Peter Parker's case, this is doubly crucial because the character stands out as a superhero with a smartmouth, with a quip to accompany every kick, and it is a cockiness that comes in time. Spider-Man has more personality than Supes and Bats put together, and it'll be great to just see a great story from one of those fantastic issues, something featuring a top villain like Electro or Mysterio or Kraven The Hunter (Spidey's rogues gallery is phenomenal, to say the least) and a good love story on the side. Peter's all about the romance, to cheesy levels, even.

Sony's already confirmed that the new script by James Vanderbilt will see Spider-Man back in high school, but one fervently hopes this won't go the Zac Efron way. One equally hopes this won't go the Dark Knight way, because the Spidey story isn't marked by despair and gloom and stuff that would get a shrink really excited, but about a young hero who does his thing because he can't imagine not doing it. He's not out for revenge, he's just saving New York City (and occasionally the world) with a joke on his lips. (Suddenly I almost hate Iron Man for having nabbed Jon Favreau first, 'cause that's just the kind of joyousness the Spider-Man franchise needs.)

There is much hope in the emerging news that the director topping Sony's wishlist is the one-film old Mark Webb. This is spectacular news as Mark is perfect for the job -- and we're not just talking about his last name. Webb's (500) Days Of Summer is one of the cleverest American films of 2009, and it shows a wonderful, effortless grasp of modern romance and comedy, with cheek and poignance, and seems very well sorted to handle Peter Parker's lovelife. For Peter's nothing if not a fumbling lover.

The other directors rumoured to be on the shortlist are Cameron -- who should ideally be too busy making more Navi stories than to return to this film, thank heavens -- Wes Anderson, who might be a bit too whimsical to really do a superhero film, but would definitely give the character edge, and -- surprise, surprise -- David Fincher yet again. Fincher's original idea had been to scrap the origin story and take on The Night Gwen Stacy Died, and that's as awesome as superhero stories get.

Reports also suggest that the new film will only hit theatres in 2012, the delay caused by it being shot in 3D. That's a pretty neat plan, which may well bring into contention 3D-wizard Tim Burton, who struck gold with the first Batman and almost made a Superman movie. (Plus, Johnny Depp would make a pretty good Electro.)

It's a good time to be Spidey, or a fan. There'll be much news over the next couple of years as the film comes close, and we'll be bracing ourselves for every single scoop. And all I can say to Sony and Marvel is to think of Bond, and the billions.

Who would you like to see playing your favourite Spider-Man character? And who should direct? Mail me about all things webbed and otherwise at senterfold@rediff.com and visit my blog for more random, mostly movie related madness. Till next time, true believers! Is Robert Pattinson the new Spiderman? Who should be the next Spider-Man?