The 11-year-old Shannon Tavarez, who played the character of young Nala in one of Disney's most popular production Lion King, has died from leukemia.

Shannon gave voice to the lioness cub in the popular Broadway show in New York. Tavarez waged a six month long battle against the disease but could not be saved even after getting a cord-blood transplant in August, ABC News reported.

"Shannon's strength and her happy, positive spirit will live on in our hearts and minds each day. Shannon's dream was to perform on stage, and that she did," said her mother, Odiney Brown in a statement.

More than 8000 people and artists including rapper 50 Cent volunteered to be bone marrow donors but no match could  be found.

"It's a great feeling, performing for people and being Young Nala, because she's tough and I feel like that's who I am through this whole experience," Shannon had said last summer as she was going through chemotherapy.

The fact that Shannon, who had no siblings, was part African-American and part Hispanic made it harder to find a bone marrow transplant as out of the 7 million Americans listed as potential donors, only 12 percent are minorities.

Shannon was 5-years-old when her mother realised she could sing. "She sang an Alicia Keys song, 'I Keep on Falling,' and when she sang it, it was just unbelievable!" said her mother, Odiney Brown.

Reacting to Shannon's death, R&B superstar Rihanna said, "Just got off of a plane ride and got horrible news that our little star Shannon Taverez has lost her battle against leukemia! Way too soon...keep her family in your prayers."

The Broadway theater where the show is playing dimmed its lights last night to honour the memory of Shannon. 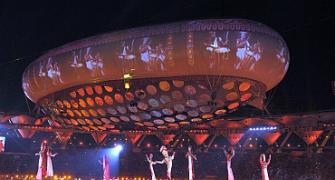 Federer is still the man to beat: Nadal