News
Business
Movies
Sports
Cricket
Get Ahead
Money Tips
Shopping
Sign in  |  Create a Rediffmail account
Rediff.com  » Movies » Just how lucky has Prem been for Salman? 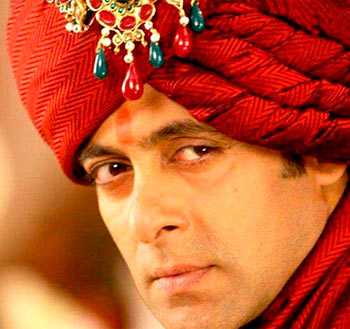 It's been lucky. Very lucky.

The number 13 may just be lucky for Salman Khan.

That's the number of times he's played Prem in his movies, including his latest release Prem Ratan Dhan Payo (we're not counting his cameos in films like Sirf Tum, Deewana Mastana and Prem Kaa Game).

Right from the first film that gave him a break, Maine Pyaar Kiya, Salman has been Prem in many films to various levels of success.

Here's a look at how lucky Prem has been for him! Ready may not have the recall value that other Salman hits enjoy, yet it was a bumper success right from its opening day.

As a mischievous loverboy in a family entertainer, Salman clearly enjoyed himself. 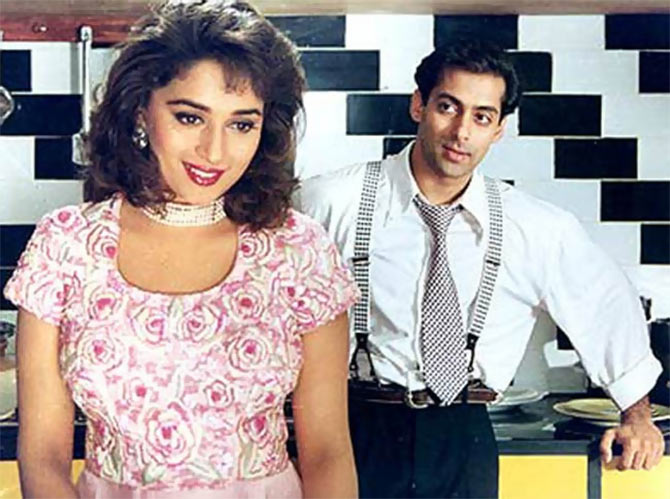 Like Madhuri Dixit, the nation also fell in love with Salman's Prem in HAHK. The couple's chemistry is remembered till date, and the film still enjoys re-runs on television.

Salman's biggest blockbuster ever, it was directed by PRDP director Sooraj Barjatya, and has had countless imitations over time. 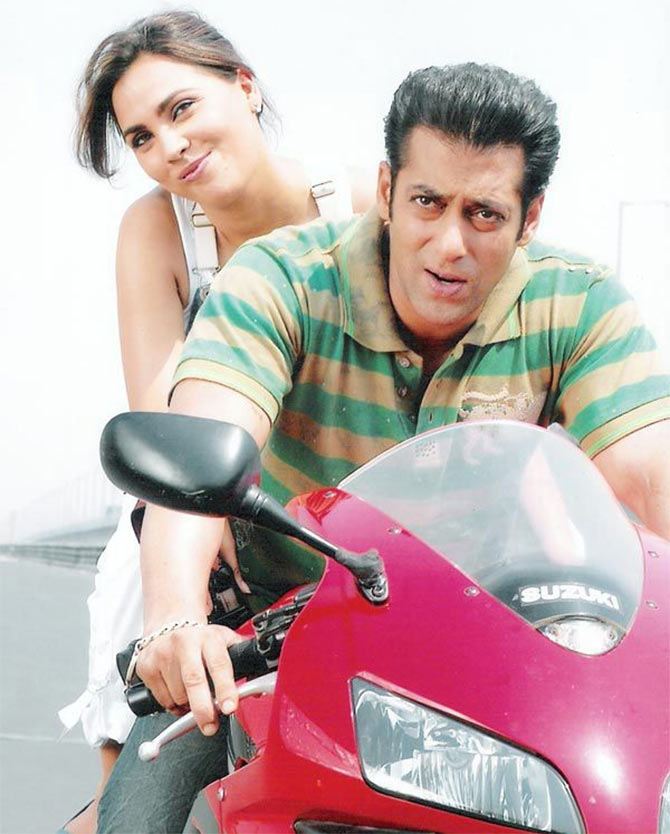 A hilarious affair where Salman Khan played a Love Guru, the film was David Dhawan's interpretation of how Prem should be like.

Salman's comedy with Govinda was an entertaining watch. 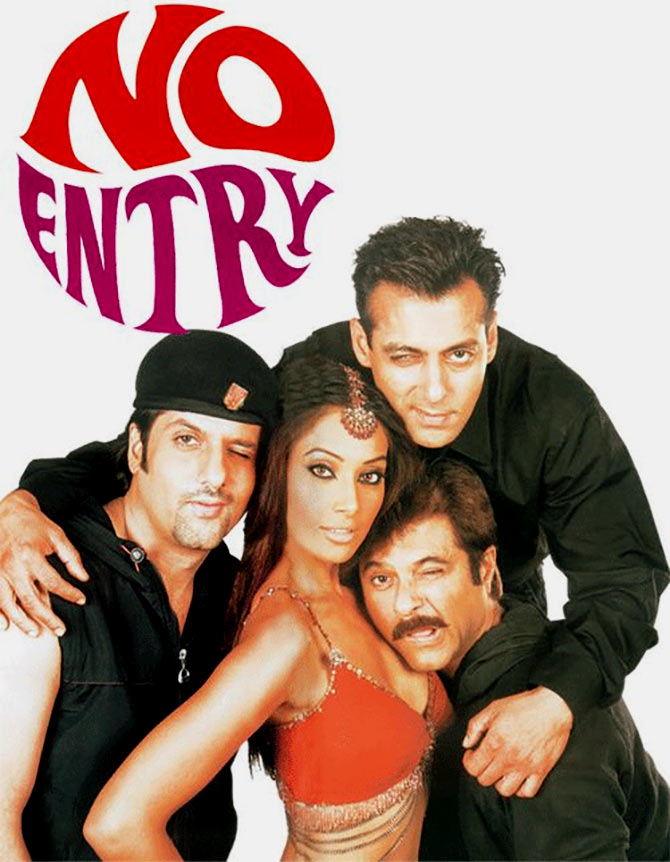 Image: Fardeen Khan, Bipasha Basu, Salman Khan and Anil Kapoor on the poster of No Entry

Salman Khan played Love Guru in No Entry as well.

A fun film where Salman was an antithesis of Prem from his Sooraj Barjatya films, this one was a quintessential Anees Bazmee film that had plenty of rib-tickling moments.

A multi-starrer with Anil Kapoor leading the cast along with Fardeen Khan, Bipasha Basu, Lara Dutta, Esha Deol and Celina Jaitley -- Salman had a relatively smaller role here -- No Entry has gained a huge repeat value over the years.

If a film have Sooraj Barjatya and Salman Khan coming together, it's really a given that the lead protagonist's name will be Prem. 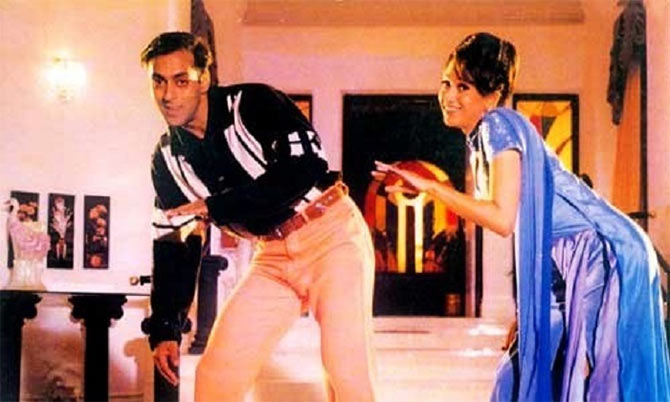 Image: Salman Khan and Karisma Kapoor in Biwi No. 1

If Salman Khan taught Anil Kapoor a few marital lessons in No Entry, Anil Kapoor returned the favour in Biwi No 1.

Salman's Prem was married to Karisma Kapoor, and was having an extra marital affair with Sushmita Sen in this entertaining David Dhawan movie.

The film had one of the biggest openings ever at the box office and was a big hit. 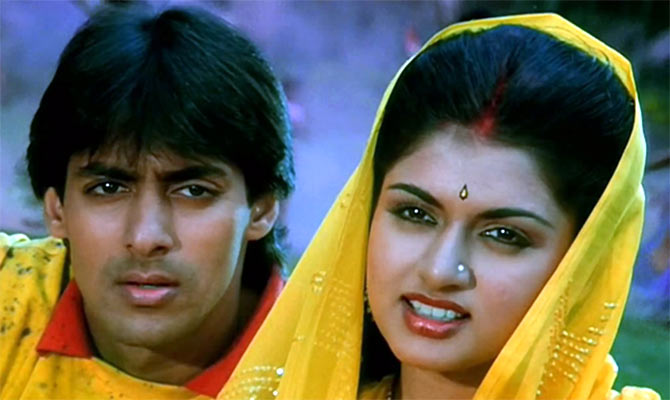 This is how it all started.

When Salman was introduced as Prem in Maine Pyaar Kiya in 1989, millions of fans welcomed him.

He brought in a boyish charm, and shared an amazing chemistry with the leading lady, Bhagyashree. On its release, the film was keenly awaited due to its popular star cast but it could not find any takers. 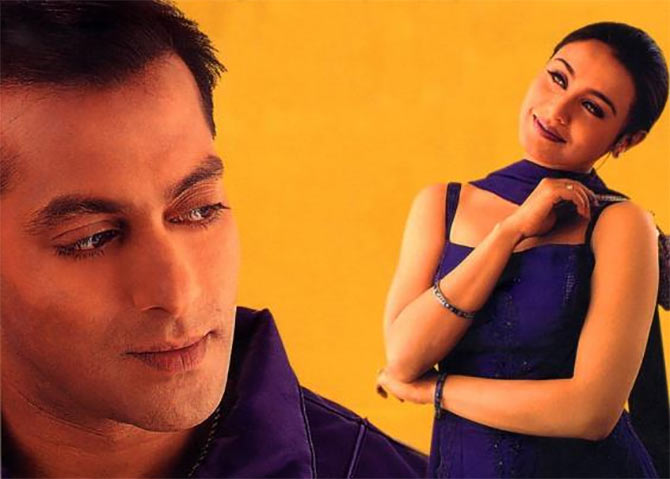 The only saving grace of this film were its songs. Andaz Apna Apna has become a cult film, and everybody loves it!

Yet, when it released in 1994, it was a major disappointment commercially.

Salman and Aamir Khan were so terrific together that one really hopes the film gets a sequel. 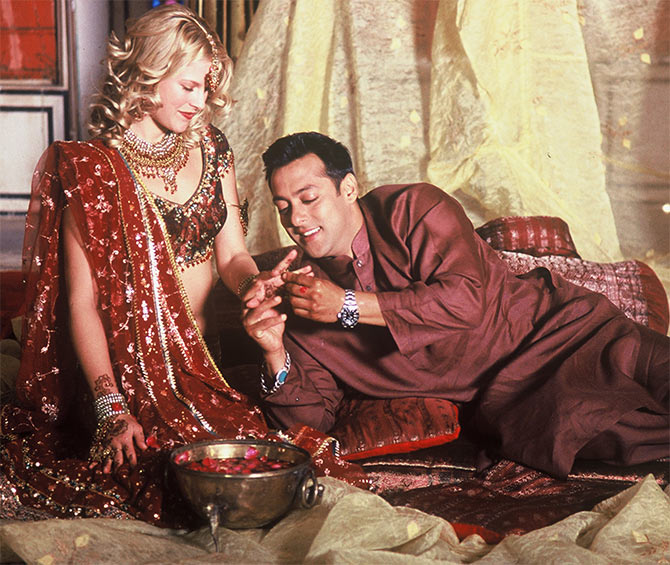 The film was doomed from its first day of release.

A terribly made film, Marigold was meant to be Salman's entry into Hollywood.

But neither the west nor the east took to it, and Salman's Prem found no love.

Ever since, Salman has stayed away crossover movies. 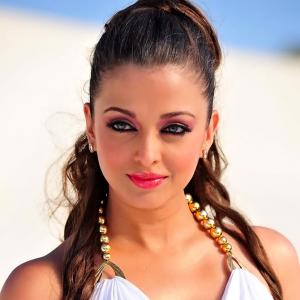 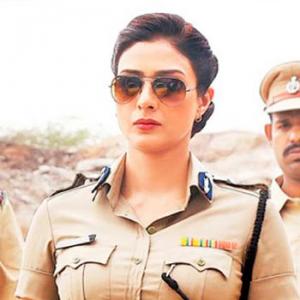