Is Priyanka Chopra getting married to Nick Jonas?

Bharat director Ali Abbas Zafar sure hints at it! 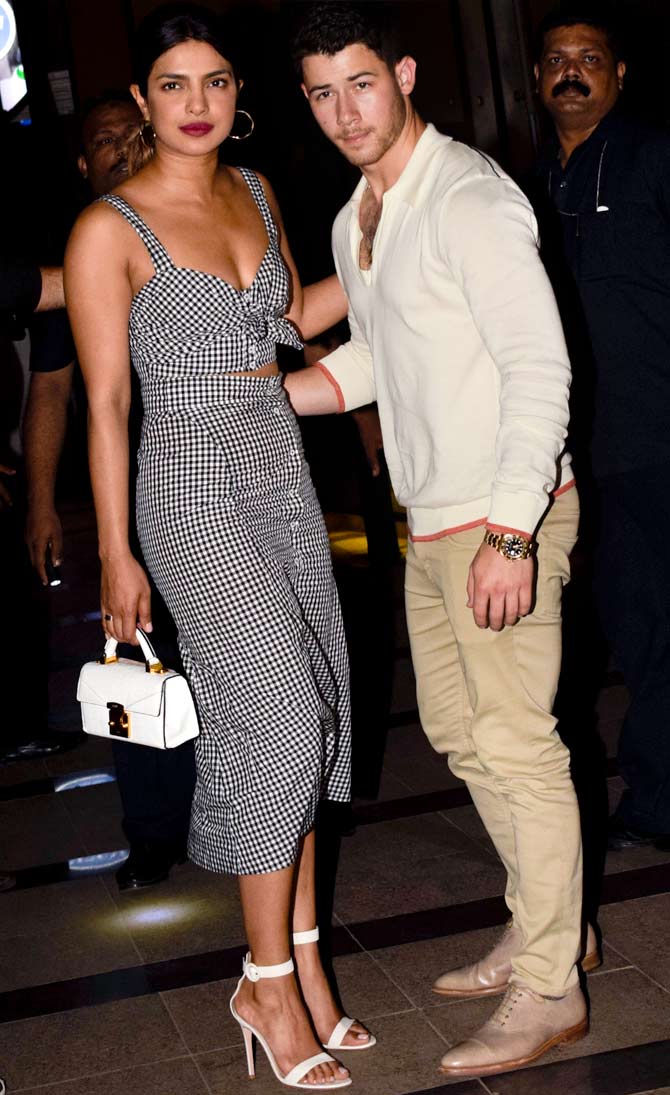 Director Ali Abbas Zafar has said that Priyanka Chopra has left his next project Bharat, starring Salman Khan, due to a "very special" reason.

The 38-year-old director did not elaborate but hinted that it has to do something with her romance with American singer Nick Jonas.

'Yes Priyanka Chopra is no more part of 'Bharat' and the reason is very very special, she told us in the Nick of time about her decision and we are very happy for her...,' Zafar tweeted.

The film recently went on the floors with Salman and Disha Patani starting to shoot for it.

Zafar had recently shared a sneak peek from the film that showed Salman on a bike entering a 'ring of fire' in a circus.

The film, which will be shot in Abu Dhabi, Spain and India, will feature the superstar sporting five different looks spanning 60 years, wherein a crucial part will showcase the actor in his late 20s, looking much leaner and younger.

Bharat is an adaptation of the 2014 South Korean film Ode To My Father. It is produced by Atul Agnihotri.

Priyanka has another Bollywood project in her kitty, The Sky Is Pink, with Farhan Akhtar.