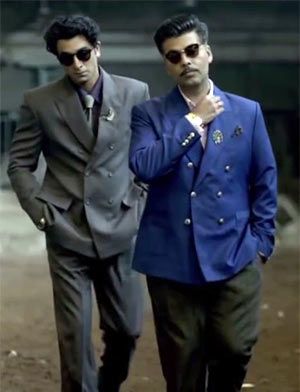 Here's looking at Hindi films set in Mumbai and all its retro glory:

Bombay Velvet is Anurag Kashyap's most ambitious project yet. Recreating Bombay has contributed a great deal to the film's scale and budget.

Kashyap's cast and crew were stationed in Sri Lanka for weeks on end as his technical team recreated Bombay on the island with generous help from VFX.

Once Upon A Time In Mumbai 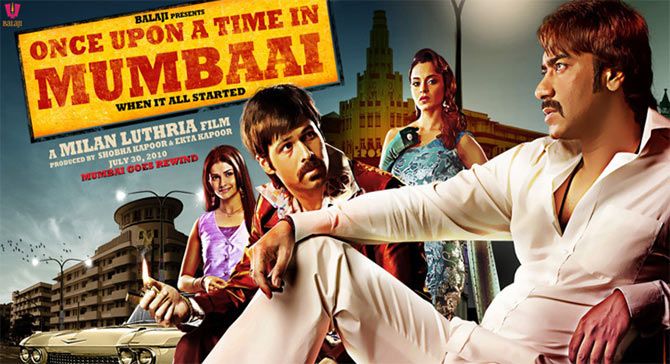 Director Milan Luthria's 2010 hit was successful in portraying the Mumbai that existed in the 1970s, when the reins of the city's underworld was about to pass from the likes of Haji Mastan Mirza to thugs like Dawood Ibrahim.

The costumes, locations, the background score... everything about OUATIM were stark reminders from that heady decade. 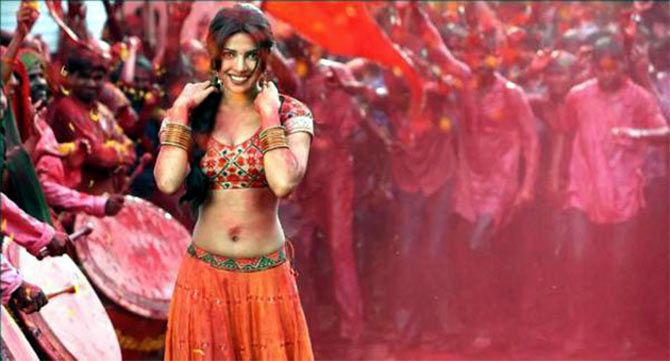 Producer Karan Johar didn't want to compromise on his Agneepath remake, so the Hrithik Roshan-Priyanka Chopra starrer, even though it came 20 years after the original, was set in the 1990s.

Most of the film was shot in Diu, but some parts were set in Mumbai. 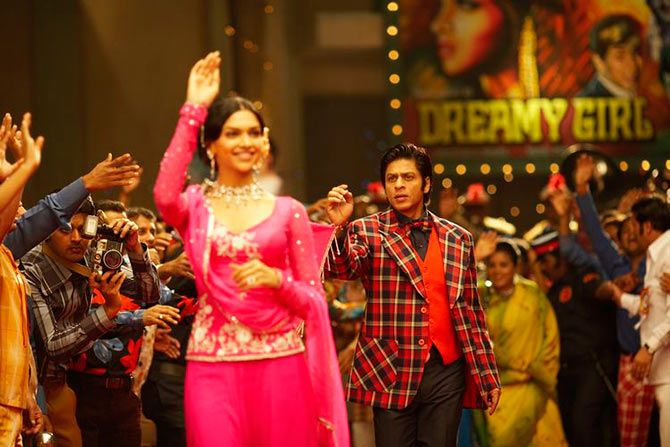 Farah Khan's ode to the Bollywood of the 1970s -- with Shah Rukh Khan as its star -- was as retro as they come.

Right from its resemblance to Subhash Ghai's Karz to the costumes and performances... everything was entertainingly spot on. 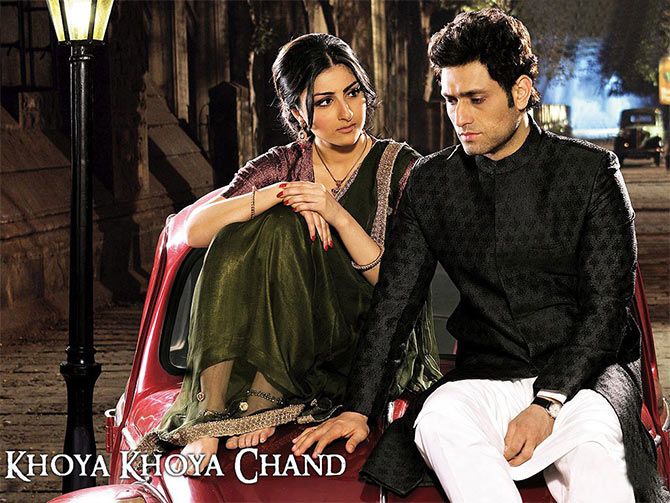 Though director Sudhir Mishra's take on the film industry -- set in 1960s Mumbai -- was made on a tight budget, the movie recreated old glamour by way of its settings and themes that celebrated its characters' spirit. 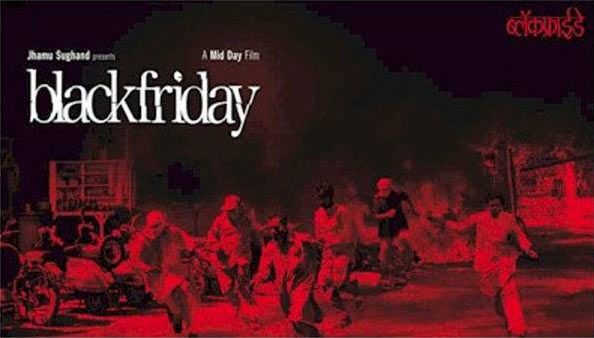 His realistic treatment made this gritty film a must-watch. 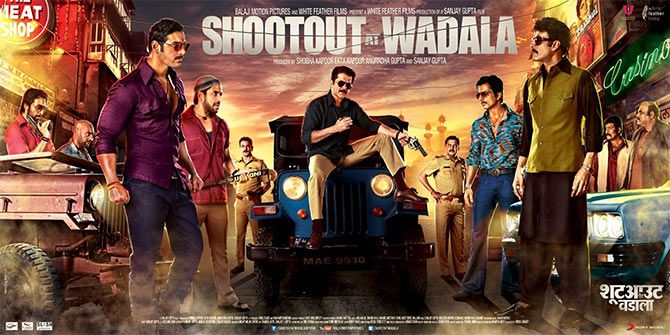 Ever so stylish in the way he shoots his films, Sanjay Gupta made sure his action drama Shootout at Wadala looked authentic. 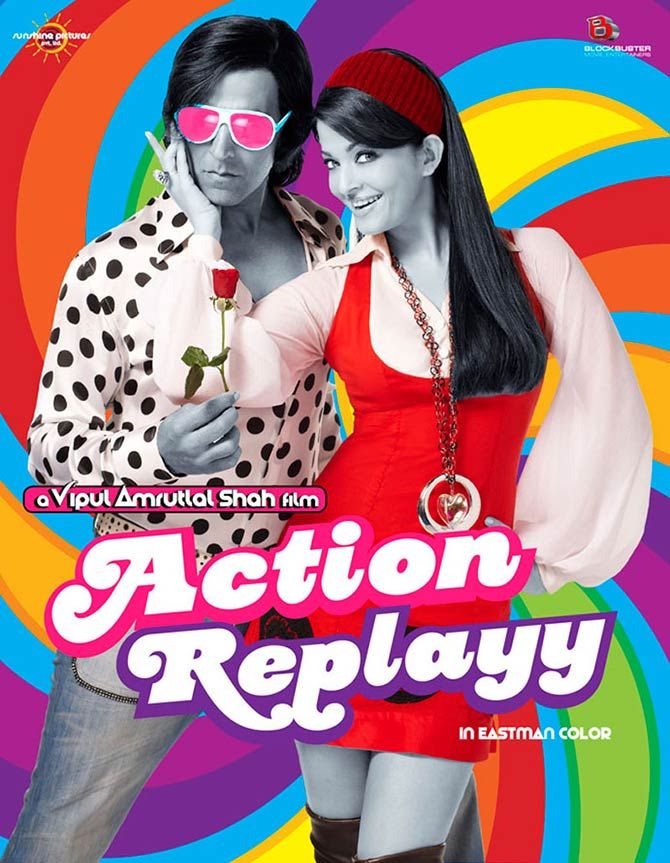 When Akshay Kumar and Aishwarya Rai decided to go retro with Action Replayy, a lot of fun was expected to unfold on screen.

Since the film was mainly about time travel, there was quite a bit of back and forth involved between two decades. 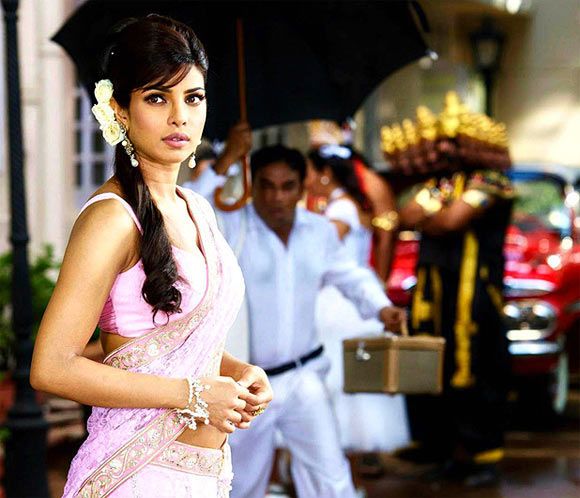 For director Kunal Kohli, the challenge was even bigger as he had to traverse three decades for Teri Meri Kahaani. 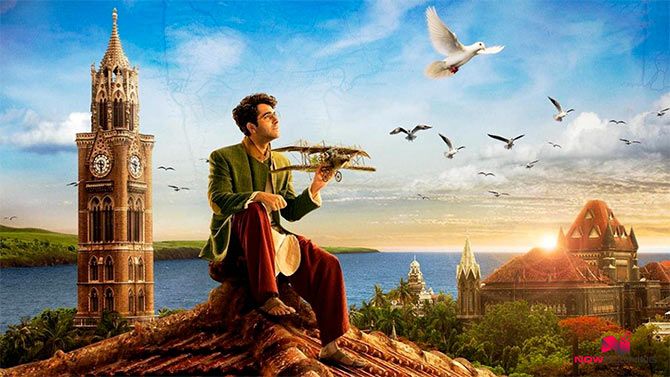 What did Bombay look like more than 100 years ago?

Hawaizaada attempted to recreate that past. 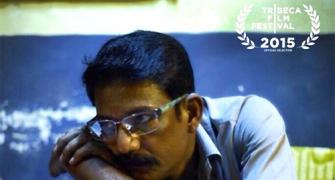 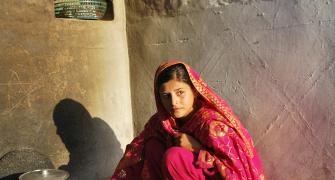 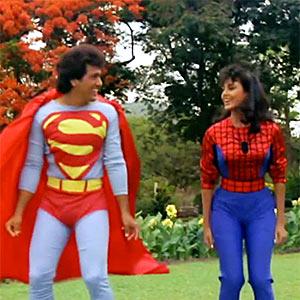