'Bhupen Hazarika was an absolute hero'

By Subhash K Jha
November 07, 2011 16:53 IST
Singing maestro Bhupen Hazarika passed away at the age of 85 last Saturday, leaving behind a rich legacy of soulful songs and unforgettable compositions.

Bollywood folks, who'd known and admired him through the years, remember the late musician: 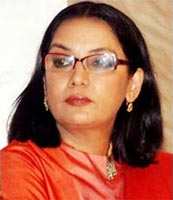 Shabana Azmi, who had the privilege of working with Bhupen Hazarika in Kalpana Lajmi's Ek Pal and M F Hussain's Gaja Gamini, recalls the musician with misty-eyed affection. "I loved his music and unique voice. He used to come over to my home in Janki Kutir and sing for Abba and Mummy (father Kaifi and mother Shaukat Azmi).

You can't even begin to comprehend his popularity in the North-East, especially in Assam. He was their absolute hero who respresented the voice of the common man. He was quite inspired by Paul Robeson and used his music as an instrument for social change. My condolences to his family and to Kalpana Lajmi", she said. 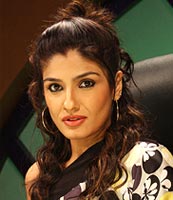 Raveena Tandon, who'd worked with Bhupen-da in Kalpana Lajmi-directed Daman, could hardly believe the news. "I'd just got back from Delhi when I heard about Bhupenda's death.You know when I heard Bhupenda was critical I wanted to go and meet him. But Kalpana never replied to my SMS. I thought maybe they wanted to be left alone. I will always cherish the good times we shared during the making of Daman."

"We were on a tea estate shooting in Assam for a month. Every night after shooting we'd be sitting around a campfire. Bhupenda really took care of me. He looked after me like a father. In fact he reminded me of my father. When I got the National award for Daman he was the happiest. God, we're losing all the great artistes one after another. Soon there'll be nothing left except mediocrity." 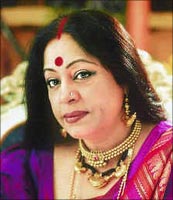 Kirron Kher, who played the lead role in Darmiyaan, remembers the time she shared with Bupenda and Kalpana during the shooting of the film. "My heart goes out to Kalpana.She stood by him.She was his pillar  of strength. It is so sad that Bhupenda is no more.He was supremely talented. He was a legend in his lifetime and full of life. His death is a huge loss to the music world." 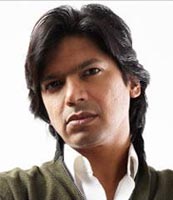 Singer Shaan, who sang for Bhupen Hazarika, also had the privilege of playing the romantic lead in Daman where the maestro had scored music.

He says, "Bhupenda's humility and simplicity were second to none. He was never in a hurry, always accommodating. He had a childlike gaze. We once had a beer at Kolkata airport. I thought it was really cool. I have lots of warm memories .When we were recording, he would never impose his views. He would patiently guide us through the song. He was always smiling and kept everyone around him comfortable." 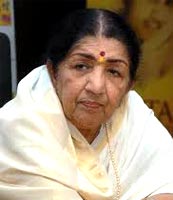 Lata Mangeshkar, who sang quite a few songs for Hazarika from the 1950s onwards, recalls, "I fell in love with Bhupenda's music. Our association continued through decades. He became close to my entire family specially my youngest sister Usha who sang innumerable Assamese songs for him."

"I remember I had gone for the recording of some Bengali songs for Bhupenda in Kolkata .I stayed with him and his wife in their home. They made me so comfortable. There're very few people in my life I felt so relaxed with. I kept abreast of  his health through my sister Usha who was in touch with Kalpana Lajmi over messages. I got to know of his hospitalization. When I heard  of his illness I rang him up in the hospital. Kalpna put the phone to his ear. I believe Bhupenda responded to my voice."

"They even played my songs for him in the hospital .I know he was very fond of me and my singing. And I of him. Three days ago a journalist came to me saying Bhupenda was very critical. I recorded my get-well message for him. Then, it was over."
Subhash K Jha in Patna
Related News: Bhupenda, Bhupen Hazarika, Kalpana, Daman, Shaukat Azmi
SHARE THIS STORYCOMMENT
Print this article 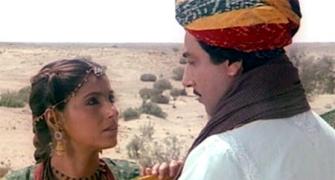 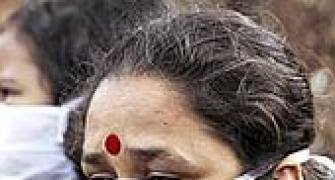 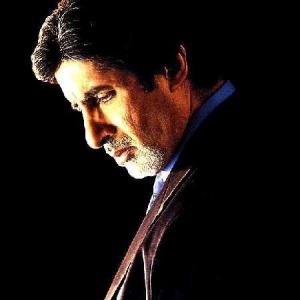