News
Business
Movies
Sports
Cricket
Get Ahead
Money Tips
Shopping
Sign in  |  Create a Rediffmail account
Rediff.com  » Movies » 5 Facts You DID NOT Know About Bigg Boss 8

5 Facts You DID NOT Know About Bigg Boss 8

They obviously don't show *everything* on Bigg Boss, since the day's activities get squeezed into a one-hour show.

But the rules on the show are not as strict as they would like us to believe.

Some of this season's contestants tell Rajul Hegde/ Rediff.com a few things you didn't see on Bigg Boss.

Sonali Raut: We had dal for four days without salt and masala 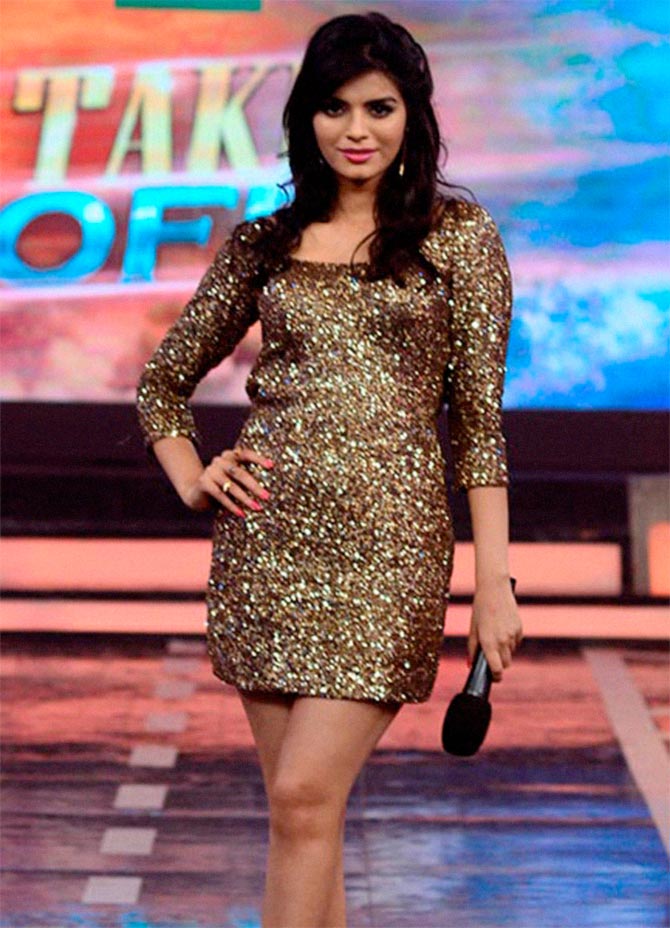 I smuggled in three packets of badam (almonds), which lasted for three months.

I shared it with the P3G group (Pritam Singh, Praneet Bhatt, Puneet Issar and Gautam Gulati). We would have it at night. Don’t ask me how I managed to take it inside (smiles).

The ration got over in the house in the first or second week of October and we were left with only dal.

We had dal for four days without salt and masala.

Sushant Divgikar: I would sleep on Aarya Babbar’s sherwani in the bathroom 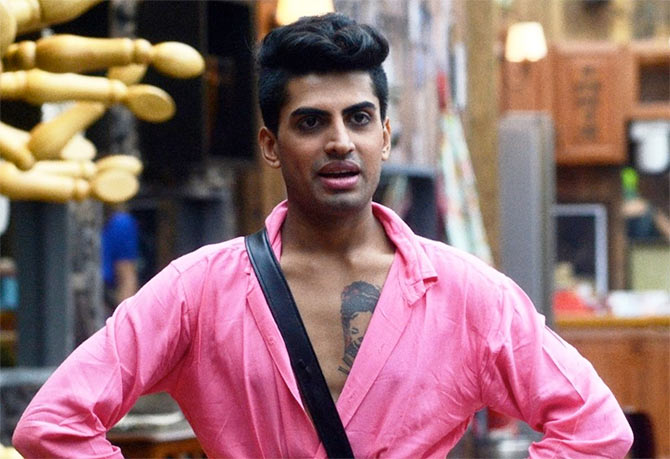 After the morning alarm, I would wake up and head straight to the bathroom and go back to sleep.

The floor of the bathroom would be dry as it wasn’t used much at night. I would sleep on Aarya Babbar’s sherwani.

Aarya is not aware about it. He will kill me if he comes to know (laughs).

Sonali (Raut) and I, being Maharashtrians, would speak in Marathi at night under the sheets.

The topic would be boys, girls and exes. Obviously, we didn’t want our conversation to be captured on camera.

Sambhavna Seth: I was the only one who didn’t sleep during the day We were deprived of sleep in the Bigg Boss house during the day.

Whenever the housemates would get an opportunity, they would sleep under the dining table or behind the sofa.

The moment you closed your eyes, the Bigg Boss alarm would ring, which was really annoying.

Bigg Boss should allow housemates to sleep at least for 15-20 minutes during the day.

When I came out, I found I was the only one who didn’t sleep during the day.

Dimpy Ganguly: After a while, all my clothes were exhausted 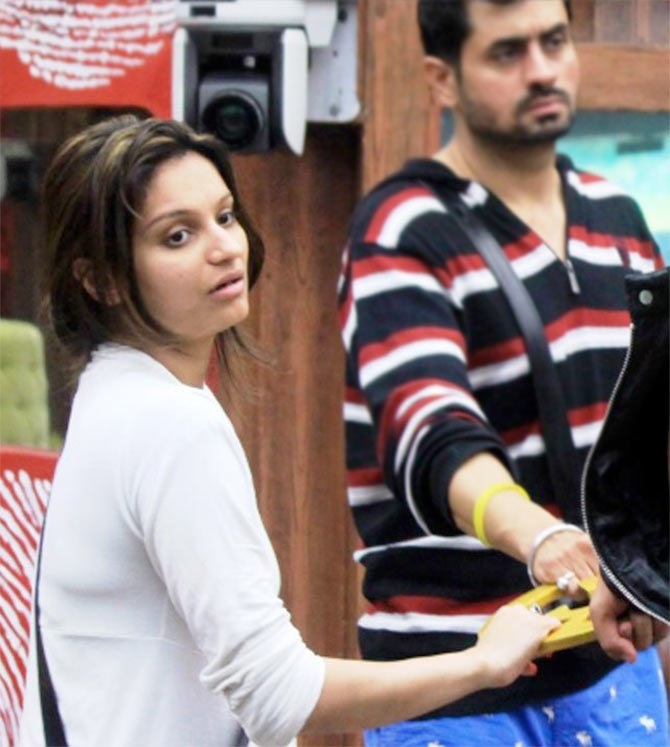 We were allowed to take only two suitcases inside the house, so I took two, as I had come directly from Dubai.

After a while, all my clothes were exhausted. I kept requesting my sister, on camera, to shop for me and send the clothes but it never happened.

Sometimes Karishma (Tanna), Sonali (Raut) and I would exchange clothes.

Karishma’s third bag was with the production people and it was sent inside on her request.

Sana Khan: Give back my Orgasm and Naked! 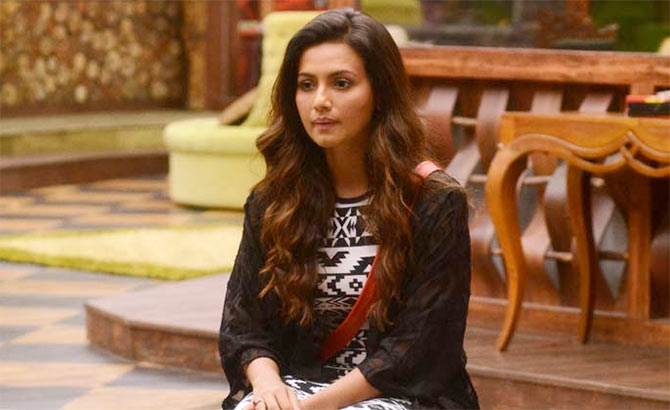 As one of the Champions, we were the privileged ones. We were not supposed to eat the stuff the Challengers gained through the task.

But though we were the losers, we would quietly eat their food and drink (smiles).

We would also eat the Nutrella in Karishma’s drawer after the lights were off at night. She had earned it through the task.

Karishma and Sambhavna hijacked my make-up all the time.

I had one eye-shadow which was called Naked (Urban Decay) and a blush called Orgasm (Nars blush). It would sound so funny when I said, ‘Give back my Orgasm and Naked!” 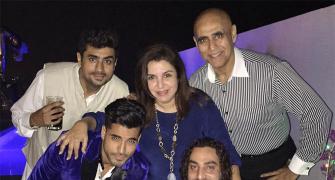 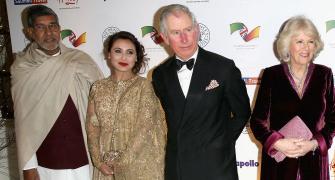 Rani, the Royals and the Nobel Laureate 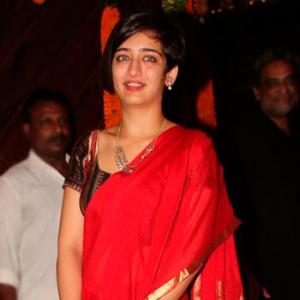 Akshara Haasan: I feared acting would not work out